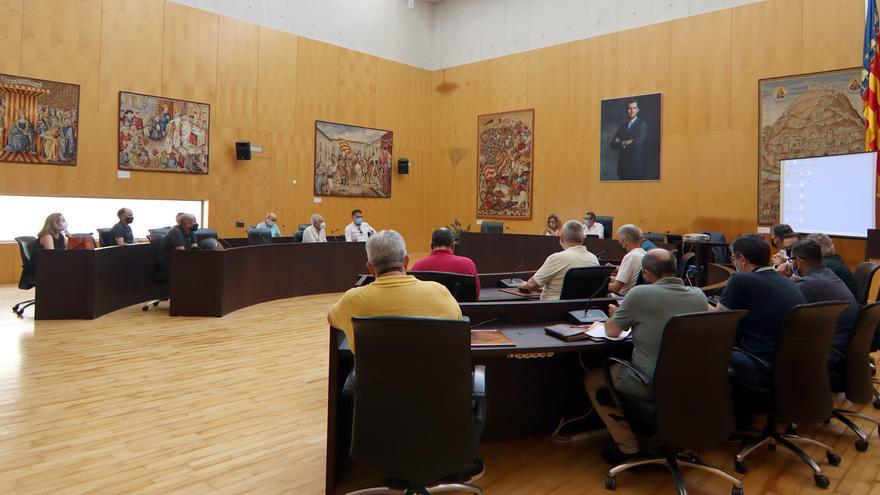 The writing team of the Partial Plan ‘Ensanche Levante’ exposed to the members of the Advisory Council of Urban Scene the details of the new version of the sector, whose development corresponds to the Urban Interest Group (AIU) and that shortly it will be exposed to the public for a period of 20 days. The mayor, Toni Pérez; the councilor for Urbanism, Lourdes Caselles; and the rest of the directors followed the presentation made by Rafael Ballester, a member of the writing team together with José Ramón García Pastor and Ernesto López.

When designing the Plan, which It covers just over 560,000 square meters, 65% of the land in the sector has been allocated to green areas and public facilities, and the remaining 35% for the construction of residential, tourist and hotel homes, to be distributed in towers with a minimum height of 20 floors. Within the lucrative uses, the tertiary hotel and commercial predominates, and there is a percentage reserved for public protection housing.

As explained by the writing team, “the organization of the sector revolves around the great central park and Derramador boulevard, which runs parallel to the ravine ”. Likewise, they influenced the commitment to Smart and Green City, to local commerce with establishments at street level, to sustainable mobility, to a large endowment hub and to minimize soil sealing. Regarding the large park and central endowments, as proposed throughout the Council, future Corporations will determine its configuration, uses and equipment.

The writing team highlighted that the proposal for the Partial Plan prepared by the AIU has 15 favorable reports or sector inquiries –Three of them with conditions that are contemplated in the version that will be published shortly- and that only need to be pronounced by the Ministry of Public Works and the Patricova.

Also Read  Altabix residence: without disinfection until Monday with 9 infected users inside

At the processing level, once the revised version of the Partial Plan is submitted to public information, it will be time for the ainitial approval of the program by the City Council and subsequent referral to the regional environmental body to issue the corresponding Strategic Environmental and Territorial Declaration. Next, the final approval of the City Council will arrive and the AUI will present the technical Alternative and the economic legal proposal in which it sets out how the development of the sector will be executed and financed. The last steps will be the reparcelling and the start of the works.

Ballester indicated that from the AIU the urbanization of the sector is expected to be completed in 2025 –Construction of streets, roads, garden areas and installation of services, etc.-; and that five years later all the planned residential and tourist towers may be completed.