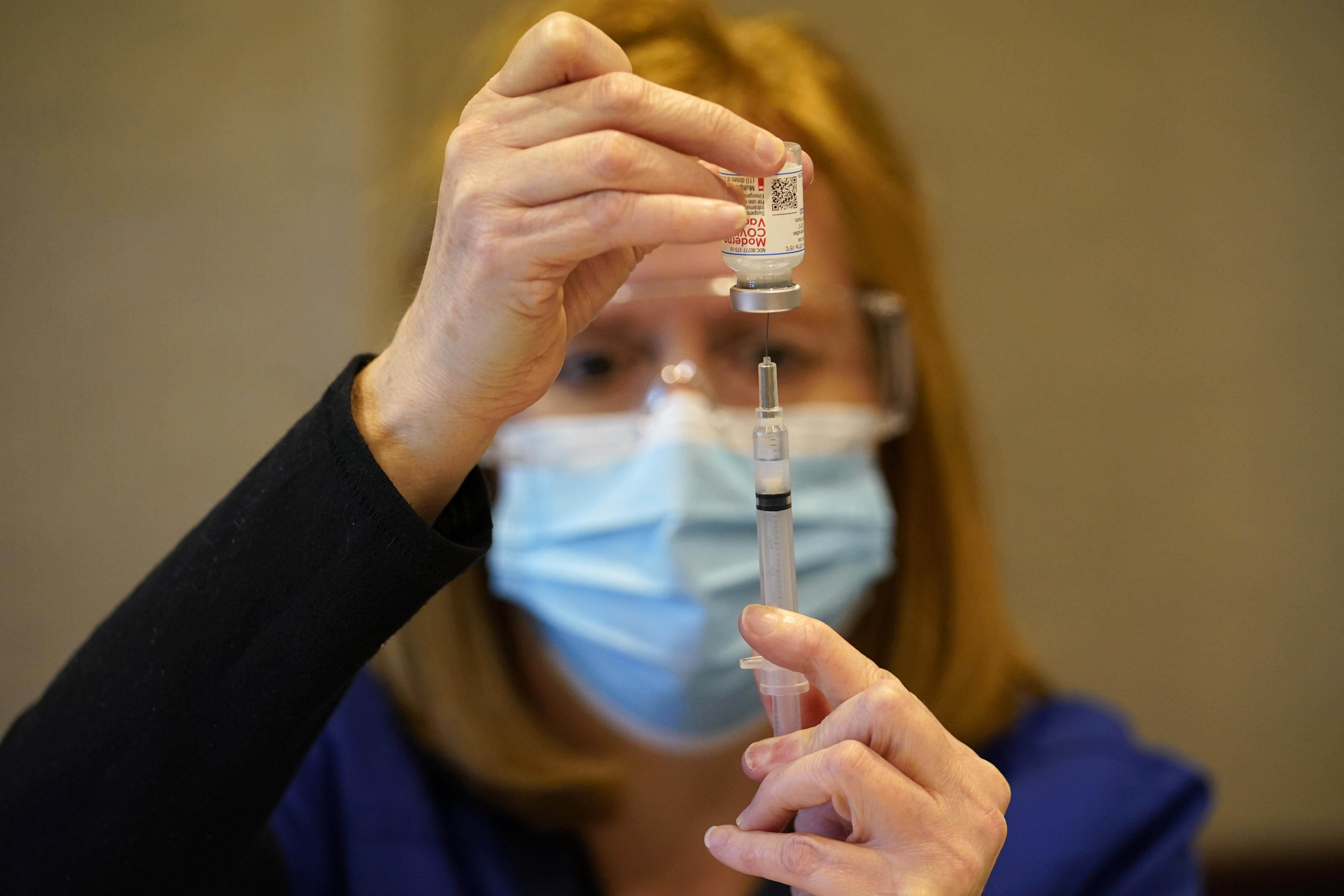 Europe has begun to inoculate its societies with the return to normality through the vaccine. The harshness of the second wave of infections, however, puts greater pressure on Brussels and the capitals to deploy the immunization campaign more quickly. The European Commission, which has increased its request to Pfizer-BioNTech by 100 million doses – to 300 million – said this Saturday that it was “prepared to expand its production capacity” and recalled that new vaccines will be approved in the coming weeks. has in portfolio.

2021 will be the year of vaccines. Scientists have never launched into a career of such magnitude. Just 10 months after the World Health Organization (WHO) declared the pandemic, more than 60 projects aspire to become the next vaccine and another 172 are in the preclinical phases. And this time they have references. Several trials have reached the finish line: the United States and Canada have given the green light to the Pfizer-Biontech and Moderna vaccines, the EU has approved the first and plans to do the same with the second next week, the United Kingdom It has already given its approval to AstraZeneca, Russia applies Sputnik V and China, Sinopharm.

According to Global Alliance for Vaccination and Immunization (Gavi), another 13 vaccines are already in their final stages. “Never have so many resources been used to develop a vaccine. There is no research center, academy or laboratory that is not working on covid-19. And industrial production has multiplied as a result of the public money invested ”, explains Rafael Vilasanjuan, analyst at the Barcelona Institute for Global Health (ISGlobal) and a member of the Gavi board of directors.

Scientists, laboratories and regulators have pulverized all the time of vaccine development, which has traditionally taken years. Now begins its deployment, which requires unprecedented planning and logistics. “It is a historical fact. A universal vaccination campaign had never been carried out, worldwide ”, recalls Vilasanjuan.

Israel has stepped on the accelerator and injected the first dose of the vaccine to 10% of its population in just two weeks. That, however, is not the tonic. In the United States and some EU countries the process is being slower than expected: some, like Germany, say that supplies are insufficient and others, like France or Spain, suffer from logistical or organizational problems. But societies are beginning to get impatient after the chilling numbers that the pandemic continues to leave: 15 million infections and more than 350,000 deaths in the EU and 20 million infections and almost 350,000 deaths in the US.

Governments fear that any setback will trigger a crisis. French President Emmanuel Macron promised in his New Year’s Eve speech that there would be no more “unjustified” delays after only 322 people have been vaccinated in a week. “Every Frenchman who wants to should be able to get vaccinated,” he said before the accusations of delaying immunization to convince the powerful group antivacuna French.

Germany, hit by this second wave, also notes the discomfort, despite the fact that 78,000 doses have been dispensed there in a week. Faced with complaints from some States, who claim not to be receiving the expected batches, the German Health Minister, Jens Spahn, had to go out and ask for patience.

The head of Health affirmed that the situation will improve as the vaccines that are in the last phases are approved. Next Friday, in fact, the European Medicines Agency (EMA) plans to approve the second vaccine, Moderna’s. Brussels has, in fact, an order book of 1.3 billion doses, expandable up to 2 billion, from six pharmaceutical companies (Pfizer-Biontech, AstraZeneca, Sanofi-GSK, Johnson & Johnson, CureVac and Moderna).

With capitals pressing, Brussels decided this week to grab an additional 100 million doses of the vaccine from Pfizer and BioNTech. The second of these companies, whose headquarters are in Mainz (Germany), signaled this week to Brussels to get off the controversy in their country. Its founder, Ugur Sahin, criticized in an interview The mirror the slowness of the European Commission and its confidence that all vaccines would be available at once. “I was surprised,” he said. Sahin argued that the race between Europe and the United States is now creating a “bottleneck” in production.

Brussels’s strategy has gone through reaching agreements with six of the firms whose trials were more advanced so that all Member States had the vaccine at the same time. In total, Brussels has secured 1,300 million doses, of which Spain must receive 10%. At first, they seem more than necessary, but not all of them will come out at once. Johnson & Johnson plans to release its vaccine in March, Sanofi-GSK has announced that its product will be delayed and CureVac could have it in the summer.

Berlin now waits, according to Reuters, for the EMA to swiftly approve the AstraZeneca vaccine, which already has a green light in the UK. Added to that of Pfizer and Moderna, it would mean 680 million doses that would arrive on a sustained basis. However, the deputy director of the agency, Noël Wathion, cooled that expectation in an interview with the Belgian newspaper The newspapaer, considering that the data available to the agency is not yet sufficient to grant a conditional authorization.

Nor has there been a takeoff, but rather the opposite, of vaccinations in the United States, which did order 600 million doses of the vaccine from Pfizer-BioNTech in July. The European Health Commissioner, Stella Kyriakides, reminded the DPA agency this Saturday that the “bottleneck” is not a problem of lack of orders, but rather a global lack of “production capacity”, which includes BioNTech . In fact, the problems in France or the first data arriving from Spain (Catalonia has only dispensed 10% of the planned vaccines and the Community of Madrid 6%) suggest that the problems there are logistics and not supply.

Kyriakides defended the European option of “not putting all the eggs in the same basket” so as not to risk running out of vaccine. In any case, he said the EU is in a position to accelerate the pace if necessary. “We have been negotiating to get additional doses of BioNTech vaccines for a long time and again we are prepared to help increase production capacity,” he added.

Rafael Vilasanjuan defends the Brussels strategy. “Normally, only 50% of the vaccines that enter phase 3 end up being regulated, that is why they diversified,” says the researcher, who recalls that when the AstraZeneca or Johnson & Johnson contracts were signed, the chances that their products would go ahead were similar – in terms of time – to those of Pfizer or Moderna.

“The EU has been shaping its arsenal of vaccines. The more vaccines and more doses that come to protect more citizens for longer, the better. And each one should go to a specific group ”, says Amós García Rojas, president of the Spanish Association of Vaccination.

The harshness of the second wave of infections and the beginning of the third phase that is predicted in southern Europe puts pressure on governments and community institutions. However, the academy insists on the tremendous record time in which science has moved, giving society products with high efficiency, even above 90%.

In addition, the scientists ask not to lose sight of the staged goals of the vaccines, which have yet to prove whether they are durable or require periodic reminders to maintain immunity. “The first must be to end the bitter side of the pandemic: ICU admissions and deaths,” says García Rojas. Vilasanjuan is clear about these phases: “The first step must be to save the population at risk and reduce deaths in a period of three months. The second is to reduce the burden on the health system. And the third, already facing 2022, the necessary immunity to return to normality ”.

Two weeks after the start of the mass vaccination campaign against the coronavirus in the United States, the authorities acknowledge that the process is progressing slower than expected. More than 14 million doses of Pfizer-BioNTech and Moderna have been shipped, but just over two and a half million citizens have started treatment, according to the latest data from the Center for Disease Control and Prevention (CDC, for its acronym in English) released Wednesday. The most conservative goal of the Donald Trump Administration estimated that 20 million people vaccinated by the end of this year. President-elect Joe Biden has warned that at this rate “it will take years, not months,” to protect the entire country. The United States exceeds 20.1 million confirmed cases, with about 350,000 deaths, according to data from Johns Hopkins University, which means that the number of infections has doubled in less than two months, when it stood at 10 million . One of the factors that explains the slow distribution is that each State decides how to register residents, how to prioritize them, how to set up immunization centers, and how to stock up on the necessary workers. Some hospitals immunize medical staff and other priority groups in alphabetical order, and others use more complex systems. There are also territories like Maryland, where the state medical society has warned that health departments “have not yet announced a schedule or details” on the vaccination process. Trump highlights the responsibility of state authorities in the distribution of vaccines, once the federal government had distributed them to the centers they designated. But the governors complain that they do not have enough federal funds to face the macro operation, while the health workers continue to face the uncontrolled wave of new cases, which are already close to 20 million. The package of funds signed by Trump last Sunday includes 8,000 million dollars to reinforce the distribution of vaccines. This amount is added to the budget of 18 million destined to manufacture and send the vaccines to the destination points. / ANTONIA LABORDE