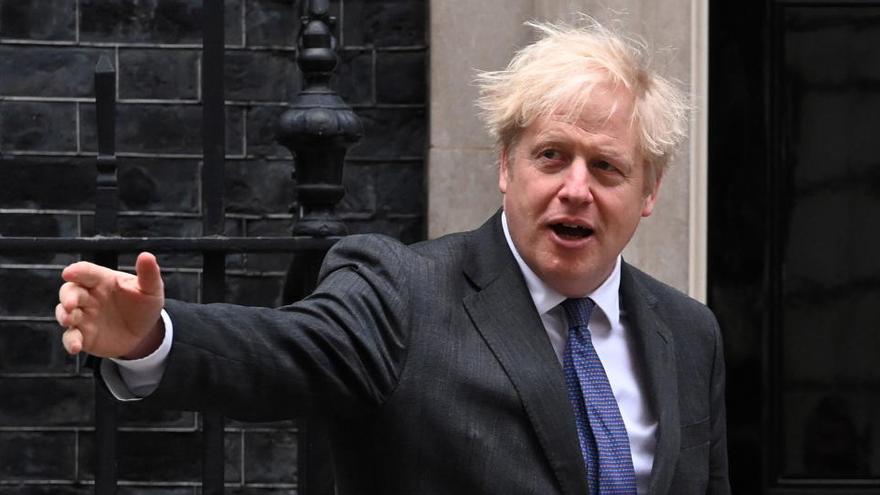 The British Prime Minister, Boris Johnson, said this Friday that it is “very very likely” that the UK will not be able to reach a post-Brexit pact with the European Union and must opt ​​for the “wonderful” solution of trading according to the general rules of the World Trade Organization (WTO).

Speaking to the press during a visit to Blyth (northeast England), he assured that he maintains “the hope” of reaching a bilateral agreement for the new deadline next Sunday, but admitted that differences remain on “key issues” such as fisheries and competition rules.

“I must tell you, from where I am now, here in Blyth, it seems very, very likely that we are going to have to choose a solution that I think would be wonderful for the UK, and we could do exactly what we wanted from January“, he claimed.

“Obviously, it would be different from what we set out to achieve, but I have no doubt that this country can prepare and, as I say, come out on the terms” of the WTO, he added.

Community sources indicated this Friday that the Twenty-seven consider the probability of not reaching an agreement on the relationship with the United Kingdom after Brexit, which was formally executed on January 31, is “higher” than that of achieving it.

On Wednesday, the president of the European Commission, Ursula von der Leyen, and Johnson met in Brussels, when they found their discrepancies and put the new Sunday deadline to determine the future of the conversations.

A British Government spokesman insisted on Friday that the Conservative leader is willing to travel to Berlin or Paris to forge a last minute consensus and did not deny rumors that the German Chancellor, Angela Merkel, and the French president, Emmanuel Macron, have rejected your phone calls.

For its part, Von der Leyen stressed this Friday that the positions between London and Brussels remain distant on “fundamental” issues about the relationship between the two parties after Brexit, such as fisheries and competition.

“The positions remain separate on fundamental issues,” declared German politics at a press conference after the 27th meeting of leaders held in Brussels between Thursday and Friday, in which he informed the leaders about the development of the talks with the UK.

“We will decide on Sunday if we have the conditions for an agreement or not“He advanced in reference to what was agreed in Wednesday’s meeting with British Prime Minister Boris Johnson in Brussels.

At that meeting, both agreed to make a decision on the future of the talks on Sunday.

“One way or another, in less than three weeks it will be a new beginning for old friends,” said the former German minister.