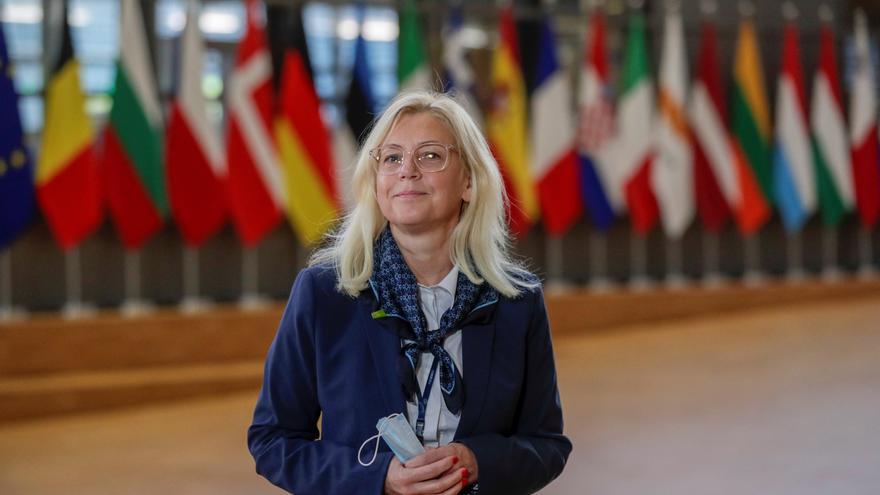 The Council and Parliament of the European Union (EU) reached a political agreement on a budget “prudent and realistic” of the EU by 2022, with resources to face potential challenges.

Total commitments are established at 169,515.8 million euros and payments of 170,603.3 million euros, the Council, which represents the EU countries, said in a statement early Tuesday morning.

The agreement reached in the conciliation committee of both institutions ensures “a prudent and realistic budget” for next year, leaving “sufficient resources” to respond “to possible future challenges “, the Council noted.

Slovenian Minister Delegate for EU Budget Negotiations, Irena Drmaz, whose country holds the rotating presidency of the EU, affirmed that the agreement reached is “balanced”.

Next year’s EU budget dedicates “sufficient resources to our priorities and, at the same time, ensures sufficient fiscal space for unforeseen circumstances“, he assured.

Drmaz added that the agreed financing “will support the recovery that is underway and will strongly support our climate and digital goals “It will also be complemented with resources from the recovery and resilience funds.

So far, the Commission has adopted positive assessments of the recovery and resilience plans of 22 member states, also endorsed by the Council, and disbursed 52.3 billion euros in pre-financing payments to 17 of them.

The deal was reached on the edge of the deadline, last midnight, and was announced at dawn. If no agreement had been reached, the European Commission should have presented a new draft budget.

“This agreement confirms that all institutions are willing to reach a compromise for the sake of a budget, which will support a sustainable recovery and the necessary transition of the EU to the benefit of all “, said today the Commissioner of Budget, Johannes Hahn.

Once adopted, something that is definitely expected by the end of the month, the budget will allow the EU mobilize “significant” funds for an “ongoing” response from the EU to the coronavirus pandemic and its consequences; drive a sustainable recovery and protect and create jobs, the Commission stressed today in a statement.

Together with the budget for 2022, the EU institutions agreed to back the proposed amendments to the 2021 budget presented by the Commission earlier this year, which “may increase humanitarian aid for Syrian refugees in Turkey and help accelerate global vaccination by providing an additional 200 million doses for low-income countries.”

The positions of the Council and the European Parliament, the co-legislators of the community club, differed by about 4,000 million euros in relation to the budget of the European Union for 2022.

The European Commission presented in June a budget draft for 2022 that raised 167.8 billion euros in commitments, 2% more than this year, and 169.4 billion in payments, to which would be added the disbursements of the recovery fund ‘NextGeneration‘due to the covid pandemic.

Commitments are the maximum amount of money that the EU can agree to each year, while payments are the amount actually disbursed in that exercise.

The tip, in its position adopted in September, defended commitments of 167.7 billion euros and payments of 170,000 million.

The ParliamentMeanwhile, it was betting on commitments of 171.8 billion euros and expenses of 172,500 million.

Finally, the agreement reached raises the proposals of the Commission and the Council in terms of commitments and keep payments at the amount they had set these two institutions.

Around 93% of the EU budget goes to citizens, regions, cities, farmers and companies, highlighted, for its part, the European Parliament (EP) it’s a statement.

“This budget is a clear message to all Europeans that Europe is committed to a strong recovery, for all sectors, all regions and all generations,” said the rapporteur for the EP Budget report, the Croatian Karlo Ressler.

The annual budget for 2022 will now be formally adopted by the Council of the European Union and by the European Parliament. The vote in plenary session, which will mark the end of the process, is scheduled for November 24.