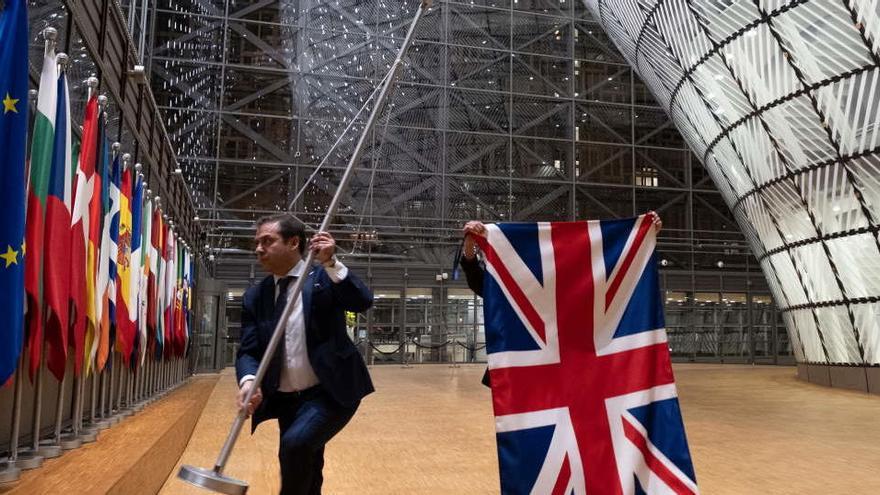 The European Commission (EC) confirmed this Thursday that the agreement on the withdrawal of the United Kingdom of the European Union may enter into force on January 1 after all pending issues for its implementation related to the Irish border have been resolved.

“Today marks an important milestone. We have supported formal decisions and other practical solutions that ensure that the withdrawal agreement is operational on time from January 1, 2021“, stated in an appearance the vice president of the EC for Interinstitutional Relations, Maros Sefcovic.

After a virtual meeting of the joint committee in charge of supervising the implementation of the exit pact, the Slovak politician, who heads that body together with the British Cabinet Minister, Michael Gove, assured that London and Brussels they have met their “general objective”.

“Protect the Good Friday Agreement, avoid a hard border on the island of Ireland and maintain peace, stability and prosperity there, “he listed the goals achieved with the agreement confirmed today.

The main obstacle to implementation of the exit pact it was the British bill that threatened to violate the protocol to avoid a physical border between Northern Ireland and the Republic of Ireland.

However, on December 8, the United Kingdom already announced that it would withdraw the controversial legal clauses that allowed it to unilaterally violate the agreement with the European Union on the Northern Ireland border after Brexit, after closing a “agreement of principles” with the community club.

Sefcovic specified that among the main priorities of the EU to ensure the implementation of the Irish protocol are “robust mechanisms” on the presence of the EU in Northern Ireland, so that community representatives can carry out their tasks “in the field” “effectively”.

This would be the case, for example, of customs controls for animals and plants, mechanisms of declaration of exports and cross-border trade in medicines and other merchandise.

“In particular, I give the welcome that the UK has agreed to provide adequate equipment and facilities, as well as continuous access in real time to its relevant computer systems and databases both in the field and remotely, “he explained.

Regarding the second priority of the Twenty-Seven, he confirmed that London has committed to withdrawing the clauses of the so-called Internal Market law with which it reserved the right to bypass the agreed Irish protocol, and that It waives the introduction of similar provisions in its tax law.

“Given these guarantees, we managed to find practical solutions for a number of areas, such as the supply of medicines. These solutions will be temporary in nature and will have strict conditions, “he said.

Sefcovic added that the joint committee will continue meeting “at least every quarter” during 2021.

After the confirmed pact, the withdrawal agreement that London and Brussels closed last year it may enter into force on January 1 in its entirety.

In parallel, the UK and the Twenty-seven They continue to negotiate their future relationship, in which the pact must arrive and be ratified before the start of 2021.

If they fail to do so, they will be governed in their commercial exchanges by the less beneficial rules of the World Trade Organization.