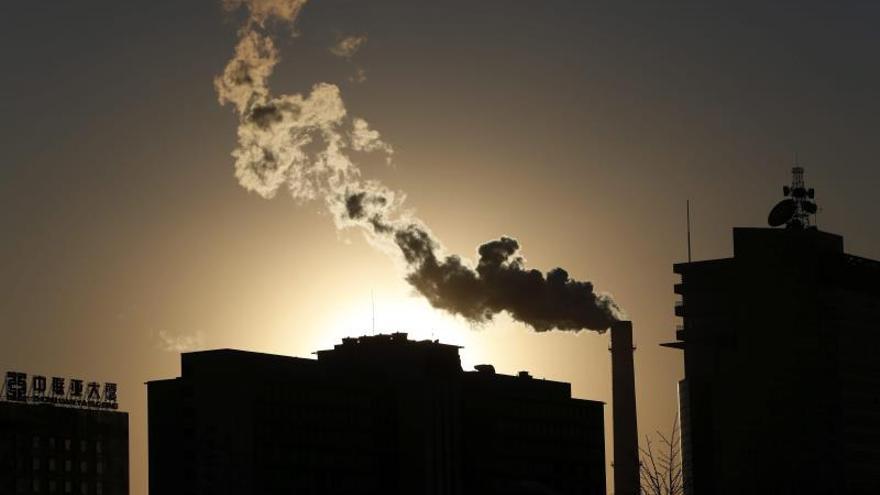 The extreme climatic phenomena, such as the heat waves that have hit the province of Alicante and the extreme storms, such as the DANA that caused serious damage in the Vega Baja, are already undoubtedly linked to the rapid warming of the temperature. Therefore, Europe aims to achieve climate neutrality by 2050, which means zero CO2 emissions in net terms. That is why we refer to an ecological transition of the economy and society, which requires radically transforming our modes of production, consumption, and lifestyle, particularly by overcoming fossil fuels, promoting bioindustry, recycling and the circular economy. We European socialists inaugurate the European legislature with the firm commitment to make the ecological transition a strategic priority of the Union, as we understand that it will allow us not only to reverse climate change, but also to promote sustainable growth and generate millions of jobs in All Europe.

That is why we proposed the Green Deal, which appears specifically in the PSOE program, as a cornerstone, and we made it a condition for the investiture of President von der Leyen. It is not by chance that Socialist Vice-President Frans Timmermans leads the Commission’s work on this matter, thus presenting, in March 2020, the draft of the first European Climate Law. The position of the European Parliament regarding the proposed European Climate Law was adopted on October 8, 2020. Parliament thus reaffirms the need to achieve climate neutrality by 2050 (as it had already expressed in its Resolution of March 14, 2019) as a binding objective, both for the EU and for each of the Member States separately. To accelerate the achievement of this goal, ambitious intermediate emission reduction targets for 2030 and 2040 are called for. The current EU emission reduction target for 2030 is 40%. Although the Commission has proposed increasing it to ‘at least 55%’, the European Parliament, having declared the climate emergency, has gone further, calling for a reduction of 60% by 2030 and a new intermediate target for 2040. But for Being the first climate-neutral continent in the world is not enough to set goals, it is essential to have resources to finance the decarbonization of the economy.

The Court of Auditors estimates the annual cost of the transition at € 1 trillion. However, the new Climate Law is not a climate budget, although it is linked to the Just Transition Mechanism (7,500 million euros and an additional 10,000 million from the Recovery Plan), framed within the Investment Plan for the European Green Pact, (503,000 million euros) in the draft multi-year budget 2021-2027. The Investment Plan for the European Green Deal aims to reach one trillion euros, although this figure would be achieved only through co-financing by the Member States and financial instruments that facilitate public and private loans for green investments.

Therefore, only 503 billion within the European budget framework for the next seven years. Thus, the approval of the Recovery Plan against the pandemic is more urgent and necessary than ever, since it considers investments in the green and digital sectors a priority. In addition, Parliament defends that 40% of the so-called Recovery and Resilience Fund, the backbone of the Plan, is dedicated to the fight against climate change. The European Parliament is ready to start negotiations to agree an ambitious Climate Law with the Council (that is, the 27 national governments), as well as to close a budget in line with the environmental ambitions of citizens, which poll after poll , has let us know that climate change is one of its biggest concerns: 94% of citizens in all EU Member States consider that protecting the environment is important. Furthermore, 91% of citizens affirm that climate change is a serious problem in the EU and 83% believe it is necessary to legislate at European level to protect the environment (Special Eurobarometer, March 2020). The European Green Deal is also an example for the rest of the world, marking the step of global agreements and actions against climate change, and paving the way for a similar plan on a planetary scale under the aegis of the United Nations and the Goals of Sustainable development. Furthermore, the ecological transition represents an opportunity for European integration similar to that brought about by the pooling of coal and steel in 1950. Consequently, we European socialists will propose, at the Conference on the Future of Europe, to constitutionalize climate neutrality , that is to say, include this objective in the European Treaties. For all these reasons, the Forum “Challenge: ecological transition and climate emergency” organized by the PSPV-PSOE of Alicante in November 2020 could not be more opportune, as it will be an opportunity to share the challenges and proposals with the public , building, from the present, a sustainable and fair future for all.