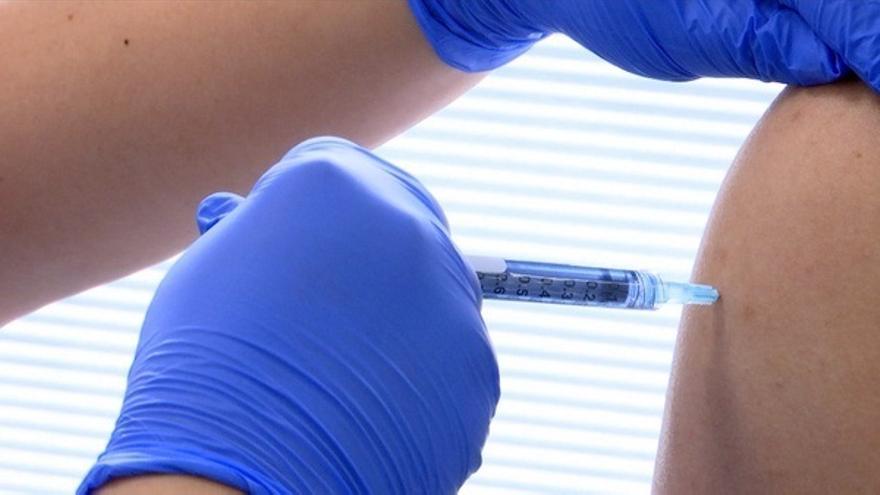 The European Medicines Agency (EMA) has recommended the granting of a marketing authorization conditional for Nuvaxovid, the vaccine against COVID-19 of Novavax (also known as NVX-CoV2373), to prevent COVID-19 in people 18 years of age and older.

Nuvaxovid, the fifth recommended vaccine in the EU Front of COVID-19, is based on proteins (unlike those of Pfizer or Moderna, of mRNA) and is administered in two injections, usually in the arm muscle, with an interval of 3 weeks.

Following a thorough evaluation, the EMA Committee for Medicinal Products for Human Use (CHMP) has concluded by consensus that the data on the vaccine “were robust and met the EU criteria for efficacy, safety and quality”.

The results of the two main clinical trials revealed that Nuvaxovid was effective in preventing COVID-19 in people over 18 years of age. More than 45,000 people in total participated in the studies.

In the first study, about two-thirds of the participants received the vaccine and the rest received a placebo injection (dummy); in the other study, participants were split evenly between Nuvaxovid and placebo. The participants did not know whether they had received Nuvaxovid or placebo.

The first study, conducted in Mexico Y U.S, found a 90.4 percent reduction in the number of symptomatic COVID-19 cases starting 7 days after the second dose in people who received Nuvaxovid (14 cases out of 17,312 people) compared to people who received placebo (63 of 8,140 people).

The second study conducted in the United Kingdom also showed a similar reduction in the number of symptomatic COVID-19 cases in people who received Nuvaxovid (10 cases out of 7,020 people) compared to people who received placebo (96 out of 7,019 people); in this study, the efficacy of the vaccine was 89.7 percent.

On the whole, the results of the two studies show an efficacy of the Nuvaxovid vaccine of around 90 percent. The parent strain of SARS-CoV-2 and some worrisome variants, such as Alpha and Beta, were the most common viral strains circulating at the time of the studies. However, there is currently limited data on the efficacy of ‘Nuvaxovid’ against other variants of interest, including omicron or Delta.

According to the EMA, side effects observed with Nuvaxovid in the studies were “usually mild or moderate and disappeared within a couple of days after vaccination“The most common were injection site tenderness or pain, tiredness, muscle pain, headache, general feeling of discomfort, joint pain, and nausea or vomiting.

The safety and efficacy of the vaccine will continue to be monitored as it is used in the EU, through the EU pharmacovigilance system and additional studies by the company and the European authorities.

“Novavax welcomes the positive opinion of the CHMP regarding our vaccine, and we await a decision from the European Commission. An authorization from the Commission would mark the arrival of the first protein-based vaccine in the EU at a critical time when we believe that having a choice between vaccines will lead to increased immunization, “said Novavax President and CEO Stanley C. Erck.

Novavax and the European Commission announced a advance purchase agreement for up to 200 million doses in August. This application leverages Novavax’s manufacturing partnership with the Serum Institute of India (SII), the world’s largest vaccine manufacturer by volume, which will supply the initial doses for the EU. It will then be supplemented with data from other manufacturing centers in Novavax’s global supply chain.

Also Read  Disney +: 'Dopesick', against the pharmaceutical of the devil | TV

Novavax and SII recently received emergency use authorization in Indonesia and the Philippines, where it will be marketed by SII under the trade name Covovax. The companies also received the emergency use list from the World Health Organization (WHO). The vaccine is under review by multiple regulatory agencies around the world, and the company expects to submit its full package of vaccine data to the U.S. Food and Drug Administration (FDA) by the end of the year. .

How does it work

Nuvaxovid works by preparing the body to defend itself against COVID-19. The vaccine contains a version of a protein found on the surface of SARS-CoV-2 (the spike protein), which has been made in the laboratory. It also contains an adjuvant, a substance that helps boost immune responses to the vaccine.

When a person receives the vaccine, their immune system identifies protein as foreign and produces natural defenses (antibodies and T cells) against it.

If, later on, the vaccinated person comes into contact with SARS-CoV-2, the immune system will recognize the spike protein of the virus and be prepared to attack it. Antibodies and immune cells can protect against COVID-19 by working together to kill the virus, prevent it from entering body cells, and destroy infected cells.