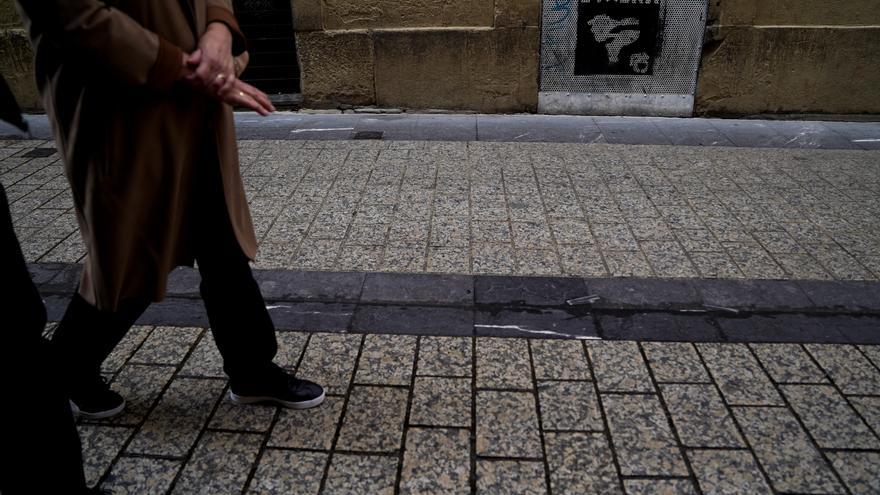 The mission will open its work with a visit from November 3 to 5 by a group of MEPs, including the former minister and president of the Chamber’s Petitions Committee, Dolors Montserrat, and the victim of ETA Maite Pagazaurtundua.

It was when this Citizens MEP was president of the Victims of Terrorism Foundation, in 2010, the first time that an official count of non-closed investigations of ETA crimes was made. The figure meets eleven years without decreasing, while the band’s statement turns ten.

This is one of the milestones that flank the anniversary of the end of ETA, an end that they do not consider real victims like Ángel Altuna. The murder of his father, Police Captain Basilio Altuna, in September 1980 was included in a summary that “lasted one open day at the National Court. It was opened on December 23, 1980, was dismissed on December 24, and closed for lack of defendants on December 30.and. Merry Christmas and happy new year ”, he relates.

The investigation of the European Parliament had been postponed in the summer of 2020 due to the pandemic, after the previous president of the petitions commission, the Swedish liberal Cecilia Wilkstrom, gave it a first impulse after being sensitized with the story of the victims of ETA.

Part of his frustration over causes with no known author is in a 2,000 page report presented to the Parliament by Miguel Ángel Rodríguez Arias, a lawyer specializing in Franco’s disappearances and stolen children and who now represents the Dignidad y Justicia association, founded by Daniel Portero, son of Luis, a prosecutor murdered by ETA.

The European initiative coincides in time with another that is assessed by the General Secretariat of Penitentiary Institutions, dependent on the Ministry of the Interior. This is a project presented by the COVITE victims association to implement “new restorative justice measures.” The sources of the group that confirm this presentation rule out that among them is retaking the encounters of victims and perpetrators, like the pioneer carried out by Maixabel Lasa, widow of the murdered civil governor of Guipúzcoa, Juan María Jauregui, with Ibon Etxezarreta, one of his executioners.

The proposal comes at the end of the process of bringing ETA prisoners closer to the Basque Country and Navarra, and with the activation of new demands on prison policy also from the side of relatives of ETA prisoners. The Etxerat association, which encompasses them, demands “the end of exceptionality,” says its spokesperson, Patricia Vélez de Zubiría, a partner of a former ETA intern. “We have to recognize that things have changed a lot, but this situation is not what we expect -He says-. Still 56% of prisoners are not serving a sentence in Euskal Herria ”.

Their families demand “that they be allowed to travel the prison legal path.” Interior has begun to comply with that: there are no longer any ETA prisoners in first degree and isolation, a regime in which almost everyone complied, except those who undertook the Nanclares route of abjuring violence and requesting forgiveness. It is an offer “at the moment exhausted”, consider prison sources, which came to attract eleven major terrorists.

Two of them, José Luis Urrusolo Sistiaga and his partner, Carmen Guisasola, participate this week in a cycle of talks organized for this anniversary of the end of ETA by the Gogora Memory Institute, together with victims such as Marta Buesa or María Jauregui, daughters of the murdered Fernando and Juan María.

This year X post-terrorist catches the majority of prisoners who left the gang in “intense loneliness”, say sources of the anti-terrorist fight, excluded by their old tribe and limited to dealing with the family, without the Nanclares road “foreseeing its landing.”

The same does not happen with the hard released prisoners, loyal to the band, who are entertained with celebrations or ongietorris by the radical nationalist environment. “Although later, when the party is over and the days go by, they also end up alone with their psychological problems,” explains the former member of the first ETA, Eduardo ‘Teo’ Uriarte.

“Where the terrorists serve their sentence, we do not care,” says Consuelo Ordóñez, the president of COVITE, more concerned about how the Euskadi of the year X postETA “has the highest percentage of radicalized population in Europe. There are no public policies to prevent this radicalization. Freedom is still kidnapped in the Basque Country. Forty years of systematic and selective terror have done a lot of damage ”.

Ordóñez speaks while the main Ertzaintza union, ErNE, is still waiting for a response from the Prosecutor’s Office to a complaint about an advertising campaign that, with the luxury of posters, was deployed by the Ernai abertzales youth presenting the agents as executioners. “It’s a shame,” protests the ertzaina and union leader, Roberto Seijo. “It is rebuilding a dangerous tale of the enemy “, warns MEP Pagazaurtundua.

It is a feature of a territory in which, these ten years, the network of the nationalist left has gone from the relegalization of Sortu by the Constitutional Court (July 2012) to the rise of the Bildu coalition to the second force in Euskadi, in July 2020 … just one year before independence reached a 41% rejection rate in the official Basque opinion, its highest rate.

It is explained by the incorporation in this decade of three waves of young voters, “and by how the Abertzale left presents itself green, new, in favor of sexual freedom …”, explains Eduardo Mateo, political scientist and leader of the Fernando Buesa Foundation.

After ten years, “many prefer not to look back: they come face to face with what they did not do,” explains Mateo. In 2011, when ETA announced its end, he was completing his tenure as an elected socialist position in the General Councils of Álava, ” when even people who did not support violence told you: ‘If you don’t want anything to happen to you, don’t get involved in politics. ‘

Euskadi and Spain, year ten of the end of ETA. Without attacks, tourists fill the streets of the old town of San Sebastián, once the lair of the kale borroka. In the street, in front of the La Cepa bar, where the usual parish coexists with foreign visitors, a red and municipal plaque reminds that the local leader of the PP Gregorio Ordóñez was assassinated there. A frivolous Galician tourist spits, rather than asks, the veteran waiter without hiding her morbid curiosity:

– Did they kill him inside or outside?

“I don’t know,” he lies so as not to leave room for more questions.

“I Google it and tell him,” she says, and picks up the phone.

“The truth is that I’m not interested in anything,” he hides again, as if wanting to get rid of her.