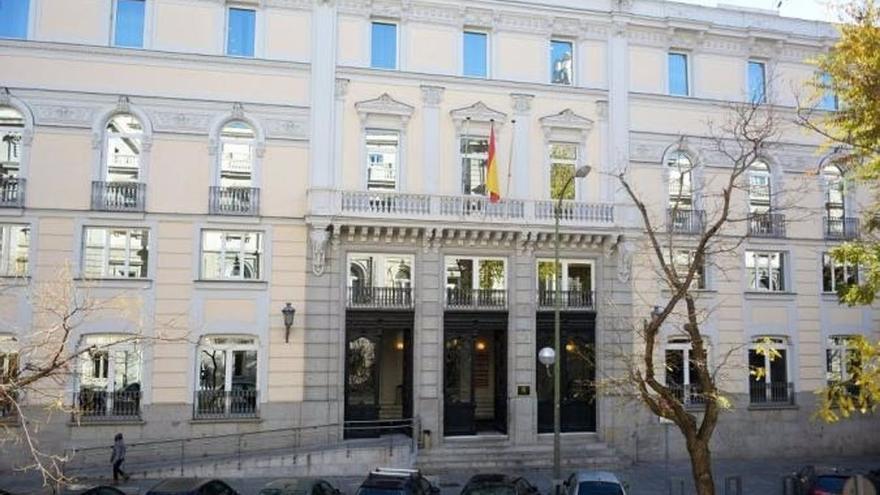 On July 20, the European Commission published the report on the rule of law in 2021, which included the chapter on the situation of the rule of law in Spain. Nowhere is it said that it is necessary or imperative for judges to elect council judges. It does point out the lack of renewal of the CGPJ as a serious problem. It refers to the fact that “calls were made to establish an election system in which the judges who are members of the Council are elected by their counterparts in line with European standards. It is important that European standards are taken into account and all relevant stakeholders are consulted. “Those appeals were made” by some associations of judges “in accordance with Council of Europe standards and recalled” that European standards state that at least half of the Council members must be judges appointed by their counterparts at all levels of the judiciary ”. The documents on which such assertions are based are: Recommendation CM / Rec (2010) 12 of the Committee of Ministers of the Council of Europe, and Report number 10 (2007) of the Consultative Council of European Judges (CCJE). The Recommendation cited in Chapter IV.2 says: “No less than half of the members of these councils should be judges elected by their peers from all levels of the judiciary and with respect for plurality within the judiciary.” I emphasize, they are “recommendations” that allow the EU institutions to make their views known and suggest a course of action without imposing legal obligations on those they address. They are not binding. The opinion of the Councilor for Justice of the European Community is not binding either.

Have we really had a CGPJ contrary to European norms since 1986 as the PP says without anyone having protested? Article 117 of the Constitution establishes the independence of judges and magistrates. In article 122. 3 it says: “The General Council of the Judiciary will be made up of the President of the Supreme Court, who will preside over it, and by twenty members appointed by the King for a period of five years. Of these, twelve between judges and magistrates of all judicial categories, in the terms established by the organic law; … ”. In the Organic Law of 1980, the 12 judges and magistrates were chosen by the judges themselves, the Professional Association of the Magistracy (conservative) imposed the majority vote. (see the day before yesterday, INFORMATION “On the appointment of judges”, Luis Segovia). Only they entered, they had an absolute majority. In 1985 the Government of Felipe Gonzalez changed the system to be more representative. The professional associations, and the judges maintain the exclusive in the proposals of candidates “among” those that the deputies of the Congress choose, for ⅗ of votes. The Popular Party appealed to the Constitutional Court. This ruled that “it is necessary to declare that this provision is not contrary to the Constitution.” And in the fundamentals, it stated that “the purpose of the norm” would be “to ensure that the composition of the Council reflects the pluralism that exists within society and, especially, within the Judicial Power.” Neither socially nor politically are they, nor were, similar pluralisms among them. Here’s the problem: you have to prioritize. The sovereignty and pluralism of citizens must take priority in representation.

“Leave all hope,” said the leader of the main opposition party Pablo Casado regarding the possibility of resuming negotiations to elect the CGPJ. The radical prognosis is the one that appears in the frontispiece of hell, according to Dante, in the Divine Comedy. In other words, to the left in the government, if it were for the PP, hell awaits them, not even purgatory. Remember, for what may come, that the Venice Commission, an advisory body of the Council of Europe on constitutional law, “has indicated that the opposition’s“ blocking power ”is not absolute and that the qualified majority rule in the Appointment issues should not prevent the members of a collegiate body from being appointed for long ”.