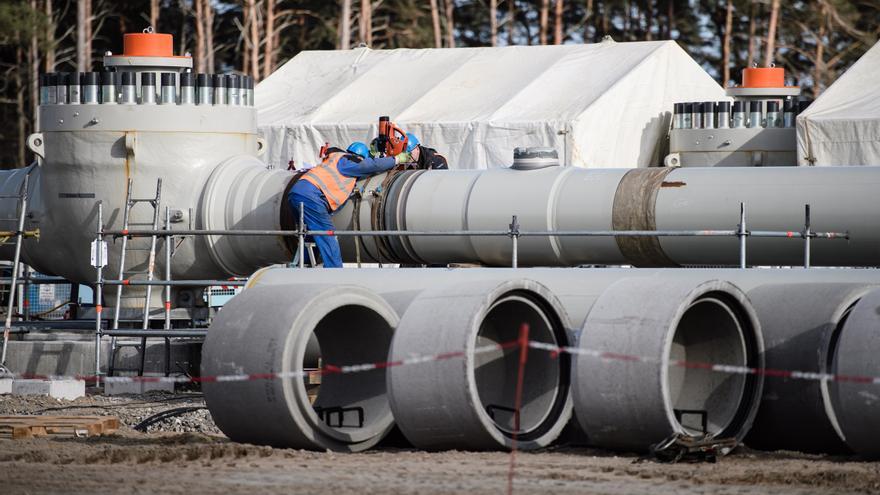 A month ago, Spain was left without its main natural gas access route through pipelines. On November 1, the Maghreb-Europe gas pipeline (GME) was closed, which until then fed the Spanish gas system, linking the Algerian fields with Cádiz, first passing through Morocco. The gas pipeline closure It is a consequence of the diplomatic clash between Algeria and Morocco on account of Western Sahara, but Spain has become the main affected.

Algeria is by far the largest gas supplier to Spain, covering in recent years around a third of all the country’s supply, although this year that weight has risen to almost half of the total. The Algerian Government has given Spain full guarantees that all the committed gas supply will arrive through the other gas pipeline that directly connects Algeria and Almería (Megdaz) and through ships. And even Algiers has guaranteed that an additional higher demand for gas will be met if necessary.

The Government, the operator of the gas system Enagas and the large companies in the sector confirm that there is no risk to the gas supply despite the closure of the gas pipeline and that there will be no problems during peak demand during winter. The European Union goes further and rules out even that there would be gas supply cuts in Spain even if the bolt from Algeria were total, even if the Medgaz gas pipeline was also cut and the North African country also suspended its exports by ship.

The European Union periodically carries out a kind of stress test with which it simulates extreme situations of supply interruption to calibrate the safety of the continental gas system. The tests are used to study the consequences of different extreme scenarios and the measures that could be adopted to avoid risks in the supply for European households. One of the 20 risk scenarios contemplated in the recently published study is the closure of all Algerian exports to Europe, both by pipeline and by ship, and the conclusion is that neither Spain nor any other European country would be exposed to a risk of cutting consumption.

The supply security study has been prepared by the European Network of Gas Transport System Operators (ENTSOG), in which the Spanish company Enagás is integrated, and in it three sub-scenarios are considered for each risk scenario: that the supply interruption lasts two months and is concentrated in the period of high winter demand; that occurs during two weeks of exceptionally high consumption; or that it lasts only one day, but that it is just in the day of peak demand of the year.

For the three sub-scenarios proposed in the event that Algeria completely closed the sale of gas, the European Union predicts that neither in Spain nor in any other European country would consumers suffer supply cuts thanks to the solidarity between European countries and the flexibility of the continental gas infrastructure.

And it is that the supply would be guaranteed thanks to the temporary use of gas reserves in warehouses, to the exceptional use of the reserves of the regasification plants, to an increase in the capacity to import gas to Europe through other gas pipelines (from Russia, Norway, Libya or across the Caspian Sea). The different options would be more or less intense depending on the subscenario contemplated.

The import of liquefied natural gas by ship in markets other than Algeria, for example, it is understood that it could not be activated in a relevant way until three weeks after the total bolt, so it is only a viable tool for the subscenario in which the interruption of imports lasts for two months.

In its report, ENTSOG considers as a theoretical scenario the closure of the Maghreb-Europe gas pipeline, which actually took place a month ago. The European Union rules out supply problems in Spain and in other Mediterranean countries due to the closure of the GME, and points out as corrective solutions the measures that are actually being adopted: the diversion of part of the gas flow to the other gas pipeline with Spain (Medgaz) and to the tube with Italy (Transmed) and the increase in the import of liquefied natural gas by ship.

The rest of the supply from Algeria that does not fit through the Medgaz tube will have to be shipped by ship, and that is more expensive. According to the agreement from the gas sector, Spain may be hit by an increase in gas prices due to having to increase its imports by ship, but there is no risk of supply in the face of winter.

Spain has activated a shock plan to boost the number of ships that will bring gas to the country and has decreed a mandatory increase in reserves for winter. After holding two extraordinary slot auctions, Enagás has awarded a total of 136 ship unloading slots at the regasification plants, a figure much higher than the 86 ships that arrived last winter.

The Government decreed an increase in the mandatory LNG reserves in the country for the winter, from 3.5 days of consumption that were required to 4 days in December and February and 5.5 days in January. In any case, according to Enagás data, during October more gas was injected into underground storage facilities and they are already at 81% of their capacity. And the contracting of LNG tanks in the Spanish regasification plants has repeatedly reached 100% of the contracted capacity in the storage plants. In total, there are enough stocks to cover more than 40 days of consumption in the country.

Successive ‘gas wars’ between Russia and Ukraine between 2006 and 2009 they put the European Union on alert for the real danger they posed to continental supply. Since then, the EU has been putting together a strategy to reinforce the security of gas supply through two regulations (approved in 2010 and 2017), based on the adoption of common and coordinated measures in the event of a crisis and based on the principle of solidarity between countries. EU member states must help their neighbors in the event of a crisis to avoid any possibility of gas supply cuts to European households.

The Community regulation on gas safety also includes the obligation for ENTSOG to carry out every four years these stress tests are simulations of different supply interruptions. The EU gas pipeline operators association already made a first partial report in 2017 and expanded it in 2020, but it is now that it has published the first full study with all the different possible crisis scenarios.