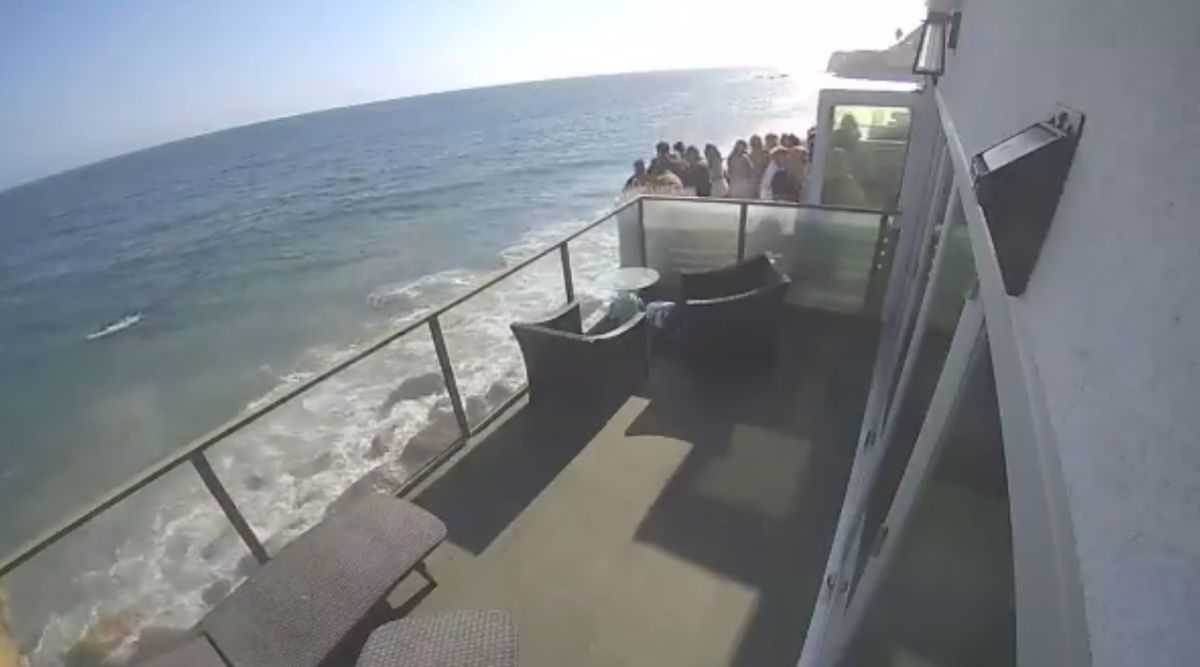 It was all joy, it was a family party in the resumption of activities after the pandemic, but it all ended in a nightmare.

Two people are in serious condition after the collapse of a balcony in Malibu, California, reported authorities, after the viralization of a video of the exact moment.

The accident happened on a property located on the highway of the Pacific Coast and left at least seven other people hospitalized.

The first versions of what happened do not make it clear what caused the collapse of the structure and if all were rescued from the beach, when they fell into the void.

The Los Angeles Fire Department reported that its officers will be inspecting the building this Monday.

Everything happened on Saturday around 5:00 p.m. local time, according to information from KABC.

“There were probably like 10 people on the back balcony and we heard a creak and literally saw all my best friends and my girlfriend fall 15 feet on the rocks.”a witness told the station.

The gathering was to celebrate a family birthday.

Unofficial versions suggest that the accident was due to the combination of extra weight and a structural failure.

Also Read  Jovenel Moïse: foreign delegations at the funeral of the president of Haiti take cover after hearing shots

“They fell from a height of between 10 and 15 feet … Below there are jagged rocks, large rocks, so it is a very dangerous situation and fortunately no one was seriously injured or killed in this situation”Los Angeles County Officer Ron Haral reported.

“It could have been a lot worse. But it’s pretty horrible ”, added another witness.

In California, as well as much of the United States, restrictions are beginning to be lifted as vaccination against Covid-19 advances and the number of infections falls.

Only in Dallas, Texas, over 70,000 fans gathered over the weekend for the fight in which Canelo Álvarez defeated Billy Joe Saunders.

The authorities are in a new reality and must adapt to the corresponding security reviews.

Keep reading: A Hispanic girl was waiting to enter a toy store in Times Square when an African American shot her