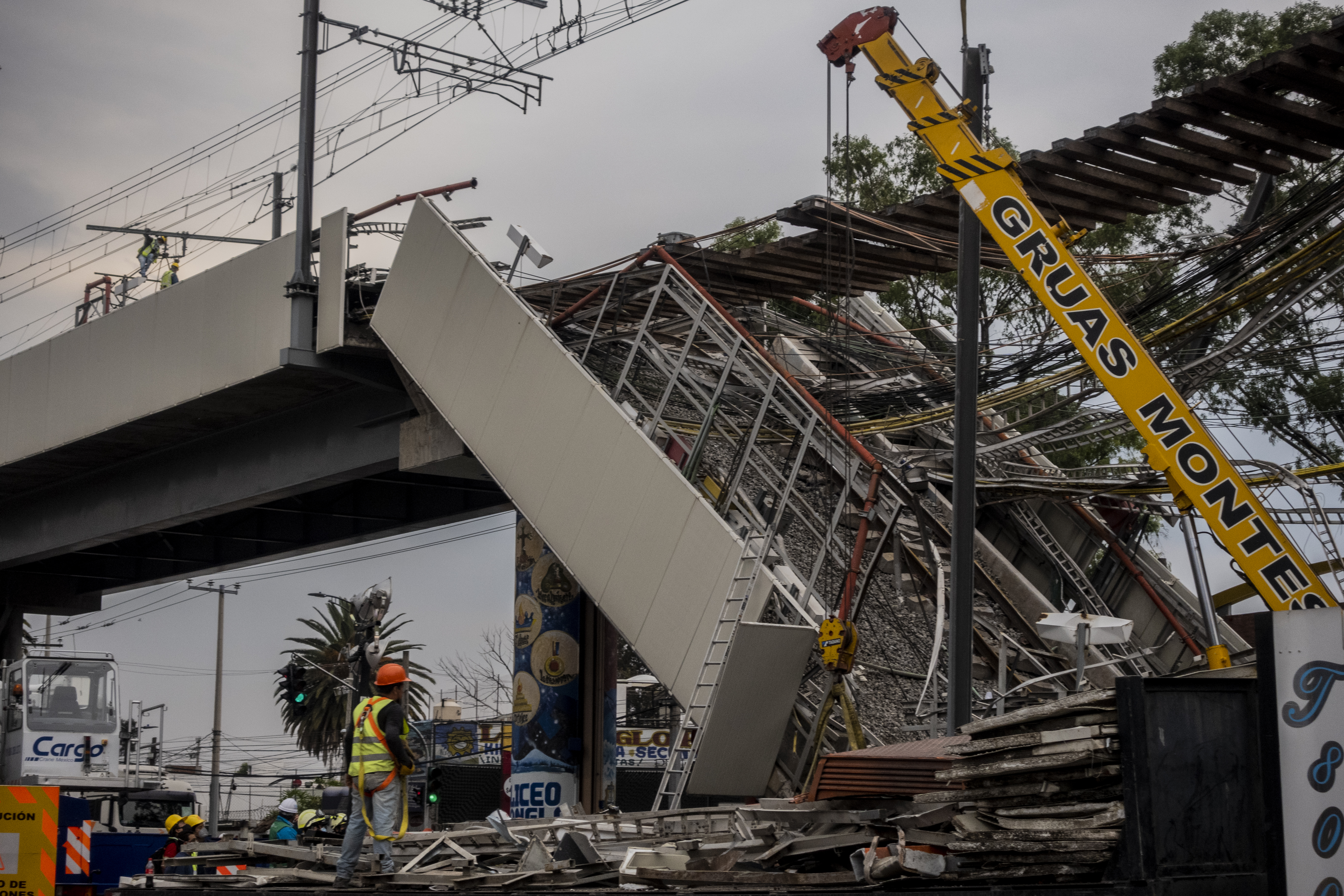 The tragedy of Line 12 of the Mexico City metro was caused by “a structural failure” in the construction. That concludes the first preliminary expert opinion of the Norwegian company Det Norske Veritas (DNV), presented this Wednesday by the head of Government, Claudia Sheinbaum, together with the company’s representatives. The forensic engineering report points to deficiencies in the construction of the work, mainly with the bolts and welds that supported the bridge, as the preliminary cause of the collapse of an elevated section, in which 26 people died and dozens more were injured in the past May 3. The result of the expert opinion splashes the management of the Government of the city during the mandate of the current chancellor, Marcelo Ebrard, when that line was built.

The structural deficiencies found by the Norwegian company are flaws in the welding of the bolts, a problem in porosity and lack of fusion in the union between the bolts and the girders, lack of bolts in the girders that supported the bridge, the use of different concretes, poorly completed or incomplete welds, and a failure with fillet welds – those made at the corners that form the union of two materials. DNV has also indicated that they registered deformations and displacements of the beams and girders prior to the collapse. This is the first of three opinions that have been requested to clarify the facts. The document, which was prepared by 16 experts from five countries, will be included in the judicial file that the Attorney General’s Office of Mexico City has opened to investigate the responsibilities.

“A trab expired when the train was passing,” the head of government of the Mexican capital, Claudia Sheinbaum, had said from the scene of the event a couple of hours after the collapse. Six weeks have passed before I had a first answer as to why that section of Line 12, the newest and most expensive subway in the Mexican capital, collapsed. The rulings that are still missing include an investigation into the immediate causes of the collapse of that trab and a technical analysis to detect systemic failures that can be addressed to prevent the collapse from repeating itself. The investigation that remains will focus on knowing if the design of the work and the materials used were appropriate, and if the construction complied with what was established by the design.

At the headquarters of the Secretariat for Comprehensive Risk Management and Civil Protection, where the preliminary opinion was presented, the most notable was the absence of the director of the metro, Florencia Serranía, in the presentation. After a morning marked by leaks and the discussion of possible political implications, the government’s decision was not to allow room for questions from the press and to focus on technical aspects. While three folders with the forensic engineering report were being delivered and the Secretary of Works read the report, Sheinbaum took one of the volumes, put on his glasses and leafed through the document. To his left he was commenting on a couple of notes with the secretary of Civil Protection, covering the microphone so that reporters would not hear it, shortly before insisting that it was “a preliminary report” and “a first opinion.”

The tragedy runs through the last three governments of the capital. The so-called Golden Line was built in the mandate of Marcelo Ebrard (2006-2012). It was suspended for more than a year due to electromechanical problems during the administration of the now opposition senator Miguel Ángel Mancera (2012-2018), who also led the repairs after the 2017 earthquake. At the forefront, since 2018, is Claudia Sheinbaum, who in two years and a half has faced a train crash, a fire at a checkpoint and the collapse of Line 12.

“Punishment for those responsible”, López Obrador sentenced hours before the presentation of the expert opinion, when the report that points against the construction was not yet public. The president demanded that the tragedy be used to generate division in his party. “Our adversaries have gone all out in this case,” he said. The president also insisted on the need to reopen Line 12, which connects some of the most remote and humble areas in the southeast of the capital. “Depending on the judicial issue, we are going to help because what we want is for the residents to have that service.”

It was Jesús Esteva Medina, Secretary of Works, who was in charge of reading the results of the investigation in this Wednesday’s presentation. “The incident was caused by a structural failure,” he has sentenced. Moments later, the head of government took the podium and read a statement in which she promised that no victim “will be left in distress,” that the truth about the tragedy will be released without restrictions and that the line will be reopened. 12 with the guarantee of “no repetition” of a similar incident. Sheinbaum has also announced that a group of specialist engineers will make an executive project to reinforce the line, scheduled to be made public in a month, and an ongoing dialogue with the construction consortium, one of the main ones indicated by the DNV conclusions.

The damaged section was built by Grupo Carso, owned by magnate Carlos Slim, the richest man in the country. Carso won the contract to build section two of the Mayan Train (which crosses more than 200 kilometers in the State of Campeche), one of the flagship projects of the López Obrador government. ICA, also part of the consortium that built Line 12, is building by direct award the longest section of the new work, more than 250 kilometers, between Izamal (Yucatán) and Cancún. The investment for the project, which includes eight sections, is around 6,300 million dollars, according to the authorities.