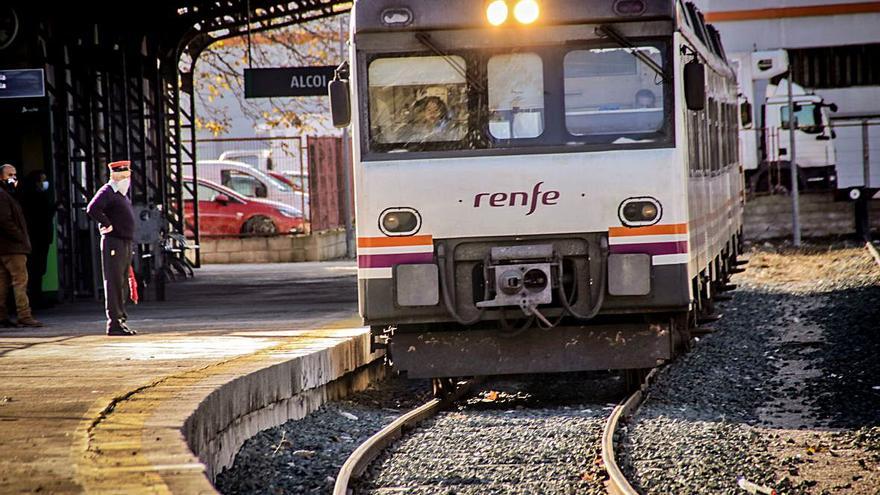 The Alcoy-Xàtiva railway is seen by some as a outdated infrastructure, but for others it is a survivor. The line It has been in a permanent state of precariousness since December 1984, when the Generalitat avoided its closure at the last minute, assuming the costs of the deficit of its explanation. For more than a decade now, the regional government has not paid for this expense, and yet that has not prevented the route from remaining open, despite other factors against it. The loyalty of the travelers has perhaps been one of the main keys to this.

The data of passengers of the medium-distance lines of the Valencian Community that the Government has provided to the Senator of Compromís Carles Mulet in a parliamentary response show how the coronavirus pandemic has been the only thing that has been able to break the upward trend of previous years in the number of users. Between January and November 2020, 49,600 people used the Alcoy-Xàtiva train, compared to 132,900 in all of 2019. The decrease is the most marked of all the railway routes of this type in the autonomous region in percentage terms. Traveler numbers have seen some ups and downs over the past decade, moving between the peak of 173,900 in 2012 and the 111,500 recorded five years later. However, never in recent times has such a low figure been registered, which, moreover, has come after several increases in the use of the train.

State of the infrastructure at the height of Agres. JUANI RUZ

Along with the consequences that the coronavirus has had on trips and the ways to carry them out, we must consider the suppression of services that occurred at the beginning of the health crisis, in March 2020, and that has not been reversed. A year later, three trains per direction circulate on the line, compared to the four before, leaving aside the extra trips on Fridays. It must be remembered, in this sense, that the third route was reestablished at the end of last November, and that the schedules in force until then could not be entirely attractive for many potential users. These factors have been decisive for the poor passenger data, although it should be noted that all rail lines suffered in 2020 due to the pandemic.

Passenger figures such as the aforementioned 132,900 from 2019 can be interpreted as a merit, taking into account aspects such as that the route is a single track without electrification, with lanes that date back more than 90 years in some points, and that in the 64 kilometers There is only one point where two trains can cross. The neglect of the stations, most of which are stops similar to a bus stop, is another factor against it, along with the shortage of daily services, even before the health crisis, and the delay in the improvements that were made. have announced.

Even so, the flow of travelers in stations such as Alcoy, Cocentaina and Agres is maintained. For this reason, throughout these 36 years of continuous precariousness in which this line is found, the doubt arises on a recurring basis as to whether a deep modernization would lead to a greater increase in use. The numbers of travelers of the last decade, at least, do not seem to indicate that the opposite would happen.