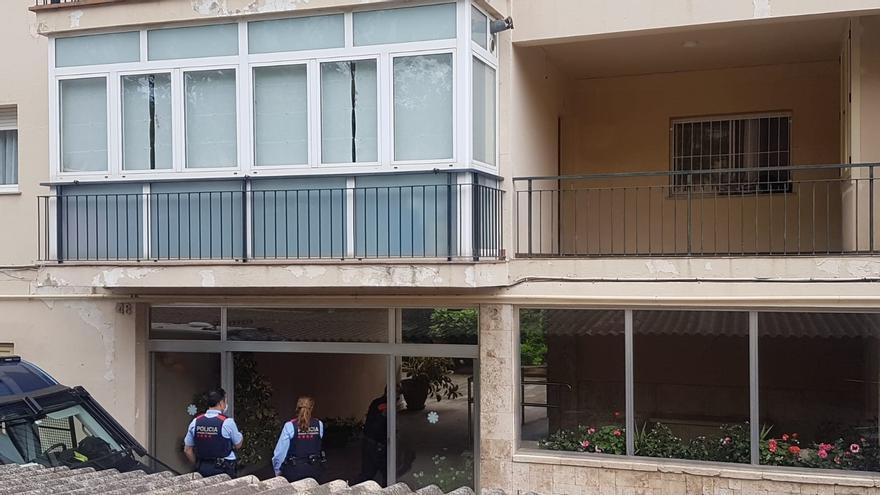 The plot of false driving licenses directed by a computer scientist from the General Directorate of Traffic (DGT), who It shipped almost 2,000, obtained about 7 million euros, as reported by the Mossos d’Esquadra after the fourteen members of the organization have gone to court.

The price of the cards ranged between 3,000 and 15,000 euros, and so far more than six hundred people have been arrested, although the investigation is still open and could reach a thousand, since the fraudulent acquisition of these documents is also a crime.

The plot operated from CataloniaBut it operated in different parts of Spain and its members are accused of falsifying documents, bribery, money laundering, belonging to a criminal organization and crimes against traffic safety.

The case began in the summer of 2020 when, from the Mossos d’Esquadra, a person was detected who, in a control, exhibited an authentic driving license, but with a discordant data, since the holder had sanctions with a date prior to the expedition in the Girona provincial headquarters of the DGT.

Subsequent checks confirmed the fraud, although the physical support of the card was correct, which demonstrated the existence of an organization dedicated to this activity with Spanish clients and those from other countries.

Faced with the verification of a criminal practice by personnel who worked for the DGT, a collaboration with this body was initiated to dismantle the plot and a joint team of Mossos d’Esquadra and the National Police was created when it was detected that both bodies were investigating this matter .

The brain of the group was a computer scientist employed in the Girona delegation of the DGT Since September 2019, he had usurped the access codes of officials to make false cards, initially intended for family and friends.

With the launch of teleworking due to the pandemic in mid-March 2020, this person, who has no prior record, saw an opportunity to obtain an economic return on his knowledge.

The alleged ringleader contacted then to get him beneficiaries of the cards with a man who had a criminal record and who provided him with a network of intermediaries.

That person acted as a co-leader of the organization and got clients through those links that, in some cases, ran call centers where individuals who lacked a driving license but had the intention of obtaining it went.

There they were provided iinformation on the possibility of achieving it in this other way and the computer scientist made it possible, although it skipped required steps, such as the payment of fees and taxes or other administrative procedures.

The two leaders of the group shared the profits from the sale of cards, the price of which fluctuated depending on the category demanded.

The main investigated they bought real estate, vehicles and other luxury goods with the proceeds while maintaining a high pace of life that the computer scientist could not justify with the DGT’s salary, while the other person lacked income.

Part of the money obtained was also masked with the acquisition of cryptocurrency.

Once the investigators were clear about the organization’s structure, on May 11 a police device was established with sixteen entrances to homes in the Girona towns of Sant Feliu de Guíxols, Quart, Calonge i Sant Antoni and Llagostera, as well as in the Barcelona woman from Vic.

Searches were also carried out at the headquarters of the provincial traffic prefectures of Girona and Guipúzcoa and the fourteen members of the plot’s leadership were arrested.

On the same day and on subsequent days more than six hundred people related to the organization were arrested, mainly the beneficiaries who had paid to obtain the permits.

During the searches, the agents found more than half a million euros in cash at the home of the computer scientist’s partner, who was also part of the group, and documentation related to documentary forgery and five cars, two of them high-end, were intervened.

The fourteen members of the organization’s leadership spent last midnight in court and the magistrate decreed provisional prison for eight of them.

Sub-inspector Carles Martínez, head of the Criminal Investigation Area, explained this Friday in Girona that the maximum number of permits has been withdrawn from people who had never obtained it before, about nine hundred, because there is “a very high risk” of being seen involved in accidents.

The rest corresponded to exchanges between those of the country of origin and that of Spain without this legal possibility, as in the case of India, as detailed by Martínez by way of example.

The agents have also checked that the permits were not operational through the DGT mobile application and, now, they are in a phase related to other activities of the organization such as the recovery of points.

The researchers now gather together the procedures carried out in different parts of the Spanish geography to find out the real size of the network.