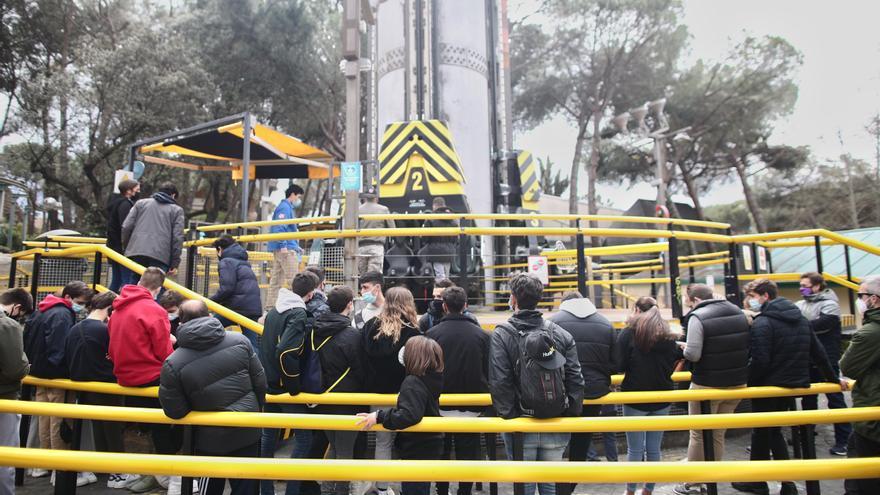 The data known in the last hours confirm the trend that had been detected during the last days: the continued decline in the incidence of the virus responsible for the covid-19 has slowed down in Spain, who looks askance at how the coronavirus is once again shaking many European countries.

The Ministry of Health will update the official figures on Monday, but several autonomous communities have published data in the last hours that reveal that braking in the middle of a bridge considered key by the public administrations and by the experts and with only one week to go before the beginning of Holy Week.

The data thrown by several communities also arrive only four days before the vaccination of the pharmaceutical AstraZeneca is resumed after the European Medicines Agency (EMA) has endorsed its safety and efficacy and that in Spain it has been ruled out that the death of a Marbella teacher (Málaga) because of a cerebral hemorrhage is related to that vaccine.

The public administrations are thus hoping to recover the rhythm of a vaccination that has already made it possible to administer some 6 million doses (with the vaccines from Pfizer, Moderna and AstraZeneca) and raise to almost two million the number of people who already have the full two-dose regimen.

Also Read  "All our agents are busy"

All while incorporating to that range of vaccines that are administered in Europe, the one developed by the multinational Johnson & Johnson – the first to be administered in a single dose and that can be stored and distributed at a temperature between 2 and 8 degrees – and some organizations -such as the employers’ association of micro, small and medium enterprises in Catalonia (PIMEC) – explore ways to add the Russian Sputnik V to that range.

In the political arena

The tone of the political discussion also raises and especially before the announcement of elections in the Community of Madrid, an anticipated appointment that according to the President of the Government, Pedro Sánchez, will cause that some 600 million euros are blocked for SMEs and the self-employed who are suffering in this region the consequences of the crisis caused by the coronavirus.

The president of the Government of the Community of Madrid, Isabel Díaz Ayuso, has not taken long to answer and has done so through her account on the social network Twitter, where she has echoed the literal quote of Pedro Sánchez and has asserted : “It’s false“.

Sánchez has said that “the Community of Madrid has blocked government aid. 600 million euros that are now stopped by the partisan interests of the president.”

Some communities have updated their official data on the incidence of the coronavirus this Saturday, including Catalonia, where the pandemic is on the rise again since in the last 24 hours 25 more deaths and 1,470 new positives have been reported, although the figures also reveal a slight hospital pressure relief, with 73 fewer patients. The data made public by the Ministry of Health of the Generalitat show that both the risk of regrowth and the speed of reproduction of the disease have risen in recent hours.

The incidence has also grown in Andalusia, where there have been more than a thousand infections in the last 24 hours, with 1,179, and where 34 patients have died -three more than yesterday-; this incidence has now stood at 119.71 cases per 100,000 inhabitants in fourteen days, which represents an increase of two points compared to yesterday’s figures.

Castilla y León has added 228 new cases and seven deaths in hospitals, figures that in both cases exceed those of yesterday. Navarra has registered 102 new positive cases, which confirm a slight upturn that keeps the Autonomous Community in the environment of a hundred daily infections.

The Cumulative incidence in Cantabria also experienced a slight rebound going from 97 to 99 cases per 100,000 inhabitants in the last 14 days. As for new infections, the same figure as the previous day (38) is maintained and another death is recorded. Active cases have increased by 29 in La Rioja, where there are 173 this Saturday, compared to 144 on Friday, and 28 new infections have also been detected.

In Extremadura, where the fourth consecutive day has been registered without any deceased Due to covid-19, there has been a drop in the number of positives, from 72 to 51, but hospitalizations have increased and also the cumulative incidence in 14 days, which has risen to 79.61 cases per 100,000 inhabitants.

In Galicia, 161 new positives have been recorded in twenty-four hours and the hospital pressure also drops, since the number of patients admitted to the ICU is 53 (two less than the day before) and 205, eight less on the floor. In Aragon, Public Health has notified 169 new infections detected on Friday, 50 less than the day before, and one deceased. The cumulative incidence in this community over seven days rises to 69 infections and 134.1 per 100,000 inhabitants over fourteen days.

Also Read  disappearance and his return to NY

Asturias registered four deaths yesterday, Friday, three more than on Thursday, and 140 new infections, four more, in a day in which positivity dropped from 6.29 to 6.08 percent. The Balearic Islands have recorded 65 new cases in the last 24 hours and reported 6 deaths, while in the Canary Islands it has registered four deaths and 237 new infections.

Murcia has scored 14 new positives in a day without deaths; Navarra has registered 100 new cases; Euskadi has registered 326 positives, which raises the positivity rate 6.1 percent; and the Valencian Community has notified 143 new cases and has added 13 deaths.