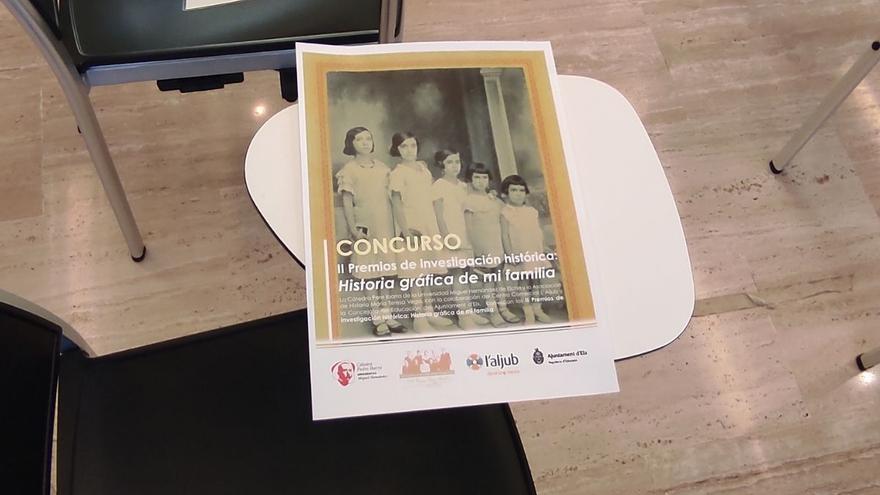 The contest, presented last March, has been organized by the Department of Education, the Pedro Ibarra Chair, the María Teresa Vega Historical Association and the L’Aljub Shopping Center; and consists of elementary, ESO and high school students sharing the photographs from their family album that best document the history of Elche

The objective, on the one hand, is for students to improve their historical knowledge of the city and on the other, that they share time and moments with their older relatives while diving in family albums. “I want to thank all and all the students, educational centers, and organizations that have participated for making this initiative visible, which allows us to disseminate the history of our municipality through the eyes of our young people,” affirmed María José Martínez.

Miguel Ors, director of the Pedro Ibarra Chair, for his part points out that the purpose of these awards is also to recover family albums the photos with the highest documentary value of the city as part of the work of the Chair in conjunction with the María Teresa Vega Historical Association.

Ors has also shown his satisfaction with the high participation “We have found the participation of half a dozen centers and we have received almost 80 photos. And what has surprised us the most has been the tremendous documentary value of the portraits, which makes it worthwhile to continue fighting so that each year there are more colleges and institutes those who participate. To achieve this, we will need to increase the support of the teaching staff ”.

Also Read  'From denial to delay': a week of patting on the forehead in Australian climate policy | Atmosphere

Germán López, director of L’Aljub, wanted to thank the invitation to collaborate with the shopping center for another year, and expressed his satisfaction for having once again contributed “to uniting the past and the present with those images on paper of the Elche families that remember celebrations, weddings, gastronomy, culture and traditions of the city, and also be able to spread them in media as current as the social networks”.

The L’Aljub shopping center presents one of the special awards, that of the most voted photo in their social networks of the more than twenty that have participated. An award that will be announced next week and that will be exhibited in its facilities along with the rest of the photographs with the most votes so that thousands of people can see them.

The awards ceremony will be on Wednesday, October 13 in the afternoon at a site yet to be determined.

Award for the center with the highest participation: CEIP 49

Special award for the most voted photo: to be determined

Also Read  Russia's belief in NATO 'betrayal', and why it matters today | Russia