Drones and flying cars have a big limitation. It is not their autonomy or their load capacity: it is the noise they generate.

The Florida Company Undefined Technologies has created Silent Ventusthe first ion propulsion drone. The main advantage of this system is that it is much quieter than a conventional drone. makes less noise.

The ion propulsion it was discovered in 1921, but until now it has only been used in very specific projects, mostly in spacecraft. The company Undefined Technologies wants to use it in commercial transport dronesbecause it considers that the main obstacle preventing delivery drones from operating within cities is noise.

A delivery drone, which is usually quite large, generates a noise of around 85-96 decibels. A noise of 85 dB is equivalent to the passing of a train, or a fire brigade siren. From 90 dB, it causes discomfort. Silent Ventusthe drone with ion propulsion, already works at 70dBsuch as a loud conversation, or intense traffic noise. 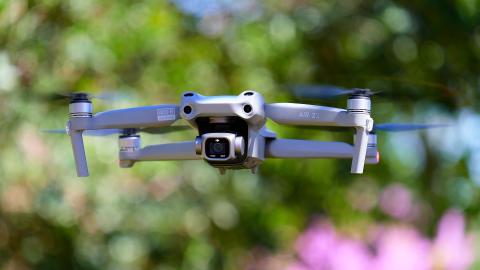 DJI Air 2S, analysis and opinion of the cinema drone

It’s not quiet yet, but it falls within the 50 – 70 dB threshold allowed by US law for circulate through the citiesso this drone with ion propulsion it could deliver packages in urban areas. And its creators are working to reduce noise even more.

What is most striking about Silent Ventusis that does not have propellers. Ion propulsion doesn’t need them. It looks like a technology from science fiction. In the opening video of the news you can see it in action.

This is how ion propulsion works

East ion propulsion drone features two grids of electrodes, which generate high-voltage electric fields that can ionize oxygen and nitrogen molecules in the air, freeing electrons to give them a positive charge, and then prop them downward to create an “ion wind” that can produce thrust , as New Atlas explains.

The main advantage of this technology is that is less noisy than propellers, but at the moment it is not silent. According to Undefined, generates 150% more thrust than conventional drone motors.

against him, that consume more energy, and it is more difficult to maneuver. Also is more sensitive to weather, because it is propelled by the atmosphere. In the video you can also see that the drone is less stable, wobbling slightly when standing still. Although they are things that can be improved. 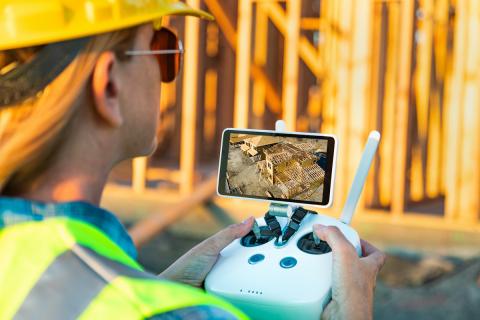 How to become a drone pilot, a profession with a great future

undefined they have already managed to fly their ion-powered drone for 4.5 minutes outdoors (from which the video footage was taken), which they say is proof of its commercial viability. They want to commercialize it in 2024.

It seems complicated that ion-powered drones become an alternative to drone with motors, because although they are quieter, they still have the aforementioned drawbacks. We will see if everything remains in a prototype, or we can really see commercial ion propulsion drone projects.