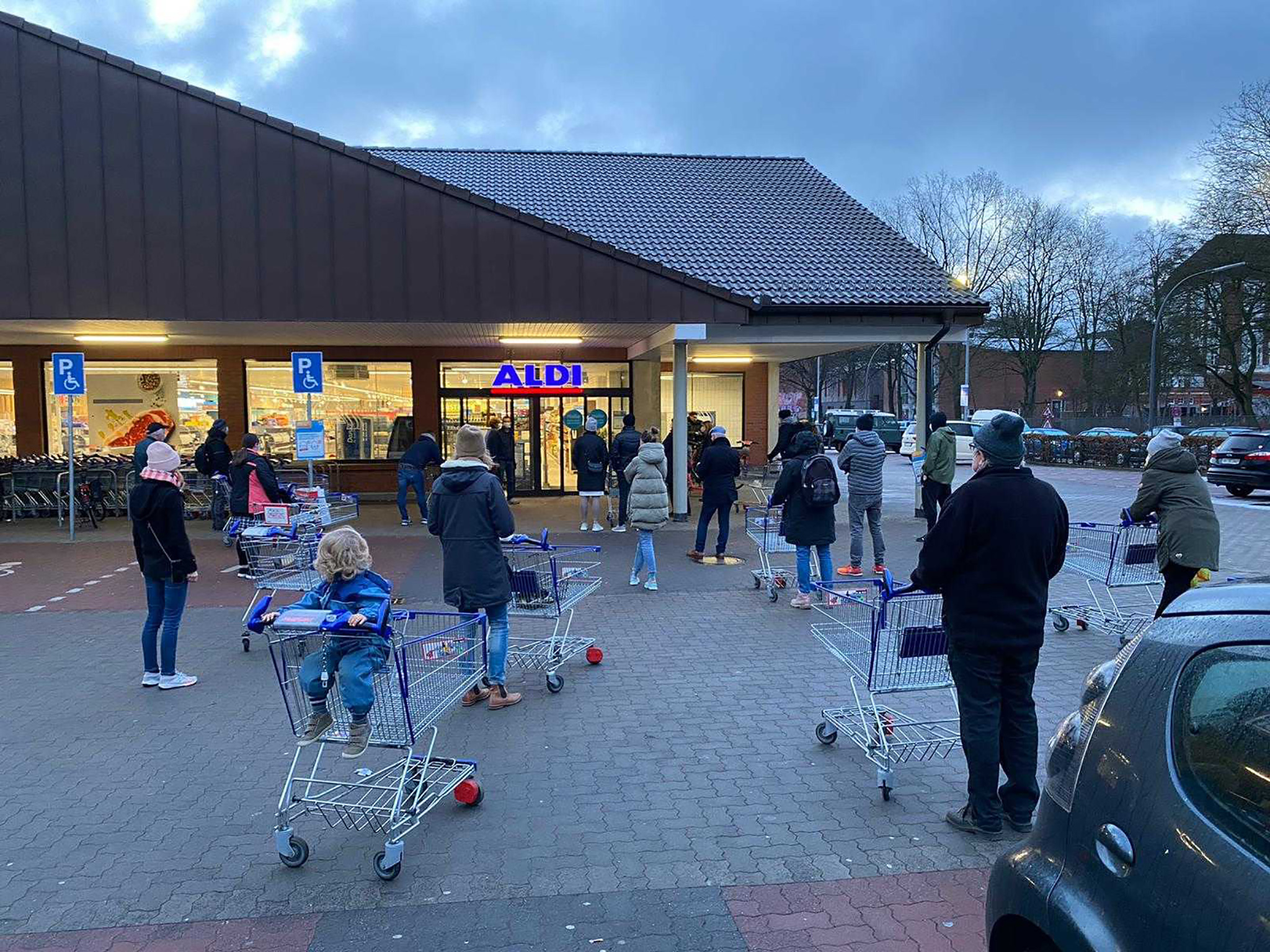 The cashier of an Aldi in the Charlottenburg district (Berlin) smiles when asked, at ten in the morning on Saturday, if she has rapid covid tests. “There have been none left for a long time, sorry.” Before seven in the morning there were already queues of people with their shopping carts at the doors of several supermarkets in the capital. They were sold out in a matter of minutes despite the fact that the supermarket chain Aldi had set a limit of five tests per person. There was a lot of expectation for the arrival on the market of the first antigen tests that can be done at home, without health supervision of any kind. Lidl supermarkets also started selling the tests this Saturday, but only online. His website collapsed due to the excess of visits.

Germany has become an exception on the European scene by authorizing the autotest. Neither Spain nor other countries such as France or the United Kingdom allow these tests to be carried out without the supervision of health personnel. This diagnostic system will cost between 5 and 10 euros. Aldi sells the five-pack for € 25.99 and Lidl for € 21.99. Media like Daily mirror published this Sunday that only six of those packages had arrived in some Aldi supermarkets in the capital, which explains why they were sold out a few minutes after the opening, at seven in the morning. The test for this supermarket is made in Germany.

The self-test result is obtained in 15 minutes and has a sensitivity (ability to detect a positive) of between 80% and 96%, according to the German Federal Institute of Medicines, which was responsible for its evaluation and approval. The kits on sale include the swab that must be inserted through the nose to obtain the sample. Two large supermarket chains have started to market them, but in a matter of days drug store chains such as DM and Rossmann will also do so and other supermarkets, such as Rewe and Edeka, as well as pharmacies, have also announced that they will have tests for sale shortly .

Last week the federal government and the Länder agreed to extend most of the restrictions in force in Germany until March 28, but with timid openings that will depend on the epidemiological situation in each federal state. Hospitality, culture and leisure have been closed without exception since November 2. Bars and restaurants only offer take away food. The de-escalation strategy, which could mean, for example, that restaurant terraces open from the 22nd only to customers with prior reservations, is based on the massive use of rapid antigen tests. With these tests it is expected to detect more cases and to be able to cut the transmission chains sooner.

Health Minister Jens Spahn has faced criticism in recent days because those tests that Germany wants to rely on to begin easing restrictions have begun to be distributed earlier in supermarkets than in the health system. That private operators have anticipated the health authorities is seen as a failure in planning de-escalation. Citizens can freely buy tests in the supermarket, while in primary schools – only these and nurseries have opened – they still do not routinely test students and teachers.

Spahn promised in February that from March 1 all Germans could get rapid tests for free under health supervision. He did not comply. If nothing goes wrong, it will be from March 8 when citizens will be able to go to health centers to undergo the test. It will be once a week, instead of twice, as was said at the beginning, and the cost will be borne by the federal government.

The Federal Institute of Medicines of Germany has approved three rapid tests for use in the country. The Siemens Healthineers company, manufacturer of one of them, explains in a press release that its test is simple and can be done perfectly by people without health training simply by following the instructions for use. “The Clinitest Covid-19 Antigen Self Test offers users great flexibility with very good quality results,” said Christoph Pedain, Director of Diagnostics.

The Robert Koch Institute (RKI) warns that a negative in one of these tests does not mean that the person is not infected and can infect others the next day. In the first place, if the viral load is low (because the sample is taken at the beginning of the infection or at the end) the test will not detect it as it is not as accurate as PCR. It is also possible to misrepresent the sample collection, use few drops of liquid, or read the result incorrectly. Faced with a positive result, this body urges the affected person to contact their doctor for a PCR and to isolate themselves until then. A positive self-test is not a diagnosis, but rather a suspected infection, according to the RKI.

The cumulative incidence in the last seven days in Germany is 66.1 cases per 100,000 inhabitants, compared to 65.6 on Saturday. This indicator has stabilized after experiencing a slight increase – after four weeks of clear decline – at the end of February. In total, Germany adds 2.5 million people infected and 71,900 deaths from the coronavirus.

According to data from last Friday, Germany has vaccinated 4.9 million people with at least one dose. With the full regimen (two doses) there are 2.4 million people, which is equivalent to 2.9% of the population. Vaccination rollout is also being heavily criticized in Germany for its slowness and the fact that the majority of received doses of AstraZeneca have not been administered. The reluctance of the population explains this phenomenon only in part; it is also a consequence of the poor organization of vaccination in many States.