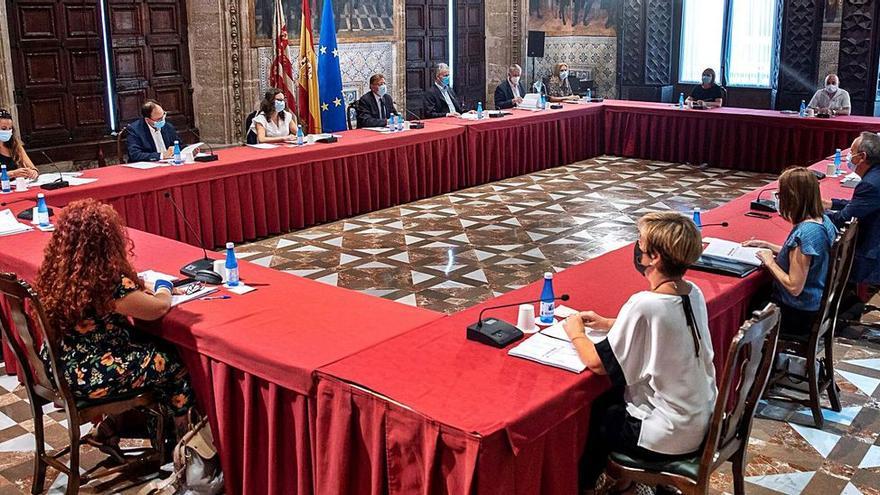 In compliance with the Alcem-nos agreement, which contemplates as conciliation measures tax reductions in the autonomous section of personal income tax for the hiring of people who perform care tasks in the household, the Consell has approved a deduction that seeks to encourage hiring indefinite number of workers as an alternative to other care systems.

In this way, when the taxpayer is in charge of one or more children under 5 years of age or one or more ascendants over 75 years of age and carries out activities on their own or for others for which they receive income from work, they will be able to opt for these tax deductions they will have a maximum amount of 1,000 euros.

These deductions will be incompatible with those intended for non-occasional custody in nurseries and first cycle centers of infant education, reconciliation of work with family life and for ascendants over 75 years of age, or 65 with a recognized degree of disability.

The Accompaniment Law also includes the regulation of the procedure by which the Generalitat Valenciana can progressively integrate locally owned music and dance conservatories into the Xarxa Valenciana de Conservatoris de Música y Dansa, in the field of special regime teaching .

With the gradual transfer in favor of the Generalitat Valenciana of different music and dance conservatories in the Community belonging to different local administrations, the school map of the Valencian network of professional conservatories can be set according to the educational needs of the entire territory.

Municipalities at risk of depopulation

Likewise, with the aim of fighting against depopulation, current regulations are adapted to consider a municipality at risk of depopulation those with less than 300 inhabitants. This measure seeks to adapt the regulations to Decree 182/2018, of October 10, of the Consell, which regulates the specific line of the Municipal Cooperation Fund for the Fight against Depopulation of the Municipalities of the Valencian Community.

In this sense, thanks to this change, 18 Valencian municipalities are directly beneficiaries of a greater item of the specific line of said fund while the citizens residing in them, as well as their business fabric, can benefit from the different deductions regulated by the Generalitat Valenciana for municipalities considered at risk of depopulation.

The objective is to address the problems of displacement and mobility of the inhabitants of rural areas or those with difficult access, promote the economic reactivation of these areas and at the same time guarantee a greater economy of means, resources and services.

The Law on Fiscal Measures provides for some modifications in the Tax on empty homes, regulated in article 33 of Law 3/2020, of December 30, to adapt it to the content of the Decree of the Consell for the mobilization of empty and uninhabited homes by which the cases of registration and removal from the Registry of Unoccupied Dwellings are developed by regulation.

In addition to small technical corrections to improve the application of the tax, incentives are introduced for those large holders who make effective use of their homes registered in the Uninhabited Housing Registry. Thus, the recovery of the fees accrued by the dwellings considered uninhabited is allowed after the approval of promotion measures or intermediation agreement from the day on which their housing use begins.

In addition, the second benefit will be applicable to the rest of the dwellings and enables the return of the accrued fees when a dwelling with the consideration of uninhabited dwelling is intended for continuous residential use for a period of one year, the collected tax benefits may be extended to the rest of holder dwellings.

In any case, since the new wording introduces tax benefits that produce favorable results for taxpayers, it will take effect from January 1, 2021.

The law also includes a modification of the requirement of not having another home ownership less than 100km away in order to access deductions for the rental of a habitual residence. Thus, to the incorporation of the exception of victims of gender violence, incorporated in the Fiscal Measures Law of 2020, the current regulations also incorporate other assumptions such as divorce sentences that grant the use to the ex-spouse or the dilapidated state of the property.

In addition, the minimum distance that must exist between the rented home and the one in which the taxpayer resided immediately prior to the rental of the property is reduced from 100 to 50 kilometers.

Reduction of the tax rate on the sale of electric vehicles

The regulations also include in the matter of the Tax on Patrimonial Transmissions and Documented Legal Acts, the specification and reduction of the tax rate applicable to the sale of electric vehicles and fuel cells.

This specification is motivated by the fact that, except for vehicles destined for scrapping, the taxation of passenger cars, mixed vehicles, all-terrain vehicles, motorcycles and mopeds, depends on their displacement, which means that the rate scale does not apply to them. is applicable to electric vehicles as it lacks said characteristic, which caused the transmission of these vehicles to be applied the highest general rate of 6%, generically intended for the acquisition of movable property.

The Accompaniment Law also includes the pertinent legislative modifications to improve and adjust some aspects that have been detected in the process of implementation of the new Social Services model, such as the powers of the Generalitat, for its expansion, including gender violence services and machista as part of its network or the forms of provision of the benefits of the SPVSS, reinforcing the powers of the Generalitat and local entities.

In addition, issues related to professional teams and ratios are adjusted to ensure compliance with the Law and for the inclusion of other professional profiles. The regulation also contemplates the participation of non-profit entities that intervene in the concert of the Valencian Public System of Social Services to promote the exchange of information, dialogue as well as their participation in the definitions of concerted action.

Finally, the specific financing channels for social services infrastructures and equipments are regulated in order to specify more clearly the procedure for delegation of powers within the Framework of the Social Services Infrastructure Plan and the staff ratio is lowered. inspector from 150,000 to 125,000 with the aim of incorporating into a team for inspection the basic primary care, which is currently not inspected, as well as the contracts programs in the whole of the SPVSS to guarantee compliance and standardize the system taking into account the great diversity of local entities.

The Accompaniment Law provides for some measures in the economic area, focusing on energy, commerce and cooperativism. Regarding the first block, the document presented today establishes a modification of Decree Law 14/2020 to accelerate the implementation of renewable energies and change some articles that refer to the advertising of the capacities of the networks to give transparency and make visible their capabilities.

The Generalitat puts on the table the new Trade Law that, taking into account the circumstances derived from the pandemic, prioritizes the efforts related to the granting, justification and payment of aid, to deal with requests as quickly as possible. Thus, the Sustainable Trade Law of the Community, now in process, increases the period of validity of the ZGAT (area of ​​great tourist influx) from 4 to 7 years.

The Consell has also declared of public utility or social interest and urgent occupation a set of eleven public irrigation infrastructures that are part of the Rural Development Program of the Valencian Community as well as by the agrarian structures law with the aim of accelerating their implementation operation and proceed to their urgent occupation and the forced expropriation of the lands that are affected by them.

The objective of these infrastructures is to promote and guarantee savings and efficiency in the management of water resources, reduce water consumption, improve irrigation management and energy efficiency, reduce overexploitation of deficit aquifers, waterproofing ponds, or the construction of new reservoirs among others.

An open and participatory process

This is the fifth year in which the Consell publishes a draft of the Law on Fiscal Measures, Administrative and Financial Management and Organization of the Generalitat before the definitive approval of the Law, so that the economic and social agents and individuals can make the contributions they deem appropriate.