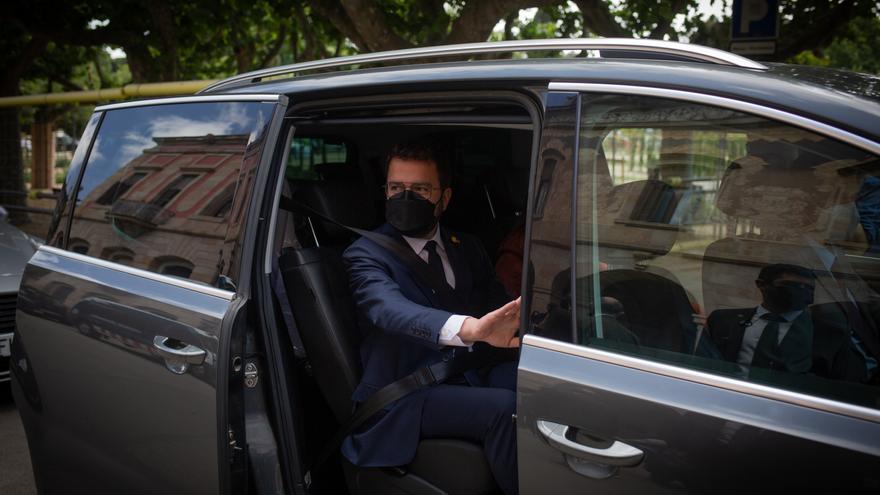 After eight months of interim status, since the disqualification of Quim Torra, the recently invested president of the Generalitat, Pere Aragonès, you will find as soon as you arrive at your office a cluster of emergencies to be resolved, in a legislature full of uncertainties and with a revalidation in 2023.

In the investiture agreement that he signed with the CUP, Aragonès promised to submit to a question of trust in the Parliament “before the end of the first half of 2023”, which gives the nine anti-capitalist deputies the key to mid-term governance And it adds one more factor of predictable instability.

These are the five great challenges that is ahead, and a condition that can hinder the work of the Government:

With almost half a million unemployed at the start of the first quarter of the year and an unemployment rate of 12.9% in Catalonia, the Government faces the challenge of reactivate the economy, weighed down by the pandemic, and prevent the 2020 ERTEs from resulting in the termination of contracts in a cascade.

Sectors such as tourism, hospitality or culture, hit by the covid, as well as the closure of Nissan, will need urgent solutions, and for this the Government relies on European funds, for which it has presented 27 projects.

The pandemic has aggravated the situation of poverty, precariousness and exclusion in Catalan society, an alarming reality in the face of which the ERC-JxCat pact poses a “social rescue plan“in which” 700 million euros will be mobilized immediately. ”

The Catalan Entities of Social Action group has already urged the new Government that these 700 million “do not remain only in a declaration of intentions, but are specified in policies and structural actions.”

Last Wednesday, the former Minister of Health and current leader of the PSC in the Parliament, Salvador Illa, passed through the Fira de Barcelona venue to be vaccinated; the process of vaccination get moving and it is on track to fulfill its prediction of having 70% of the population vaccinated throughout the State in summer.

“Councilor, this is working well, and you also have merit,” Illa said the next day from the lectern of the Parliament, in a gesture of courtesy to Alba Vergés, who will have to hand over the Health portfolio to a councilor appointed by JxCat, and everything indicates that it will be the current Secretary of Public Health, Josep Maria Argimon.

One of Aragonès’ main commitments is resume the dialogue table with the State as soon as possible, the result of an ERC-PSOE agreement and which only met once, on February 26, 2020, just before the outbreak of the pandemic.

JxCat, which never looked favorably on a table bearing the ERC seal and without the presence of a mediator, and the CUP, also very skeptical of the path of dialogue with the State, have agreed to give it two years of margin and then assess whether there has been progress in amnesty and self-determination.

At his investiture, Aragonès promised to work to “complete independence”, invoking the Scottish route of an agreed referendum, an aspiration that Moncloa sees as unaffordable and unconstitutional, just like an amnesty, although, on the other hand, pardons for prisoners or a reform of the crime of sedition may have gone through.

5. Preparing a plan b

How will the independence movement react if within two years it deems the results of the dialogue insufficient? The answer will have to be debated by the new unitary strategic direction that the independence forces will constitute.

It’s about a shadow strategic core -inspired by the ‘General Staff’ of the process that organized the 1-O and made up of ERC, JxCat, CUP, ANC and Òmnium Cultural-, which Esquerra insisted on disassociating from the Council for the Republic, a parainstitutional space led from Belgium by Carles Puigdemont .

The agreement between ERC and JxCat does not speak of a unilateral path, but it does speak of “onslaught” and “democratic confrontation” with the State, for “force you to a resolution of the conflict“Catalan that implies a possible” intervention of the European organisms “.

Will there be peace between partners?

Alongside these five challenges, an unknown is hovering over the Government: ¿both partners will be able to put their internal fights behind, that weighed down the previous legislature and that this month were about to blow up the negotiations?

ERC and JxCat have agreed to set up “coordination teams” at different levels to grease the relationship and deactivate the crises before they emerge publicly, but the climate between them continues to be one of maximum suspicion and mistrust, and Puigdemont himself released hours later of the investiture of Aragonès, a letter full of reproaches veiled towards the Republicans.