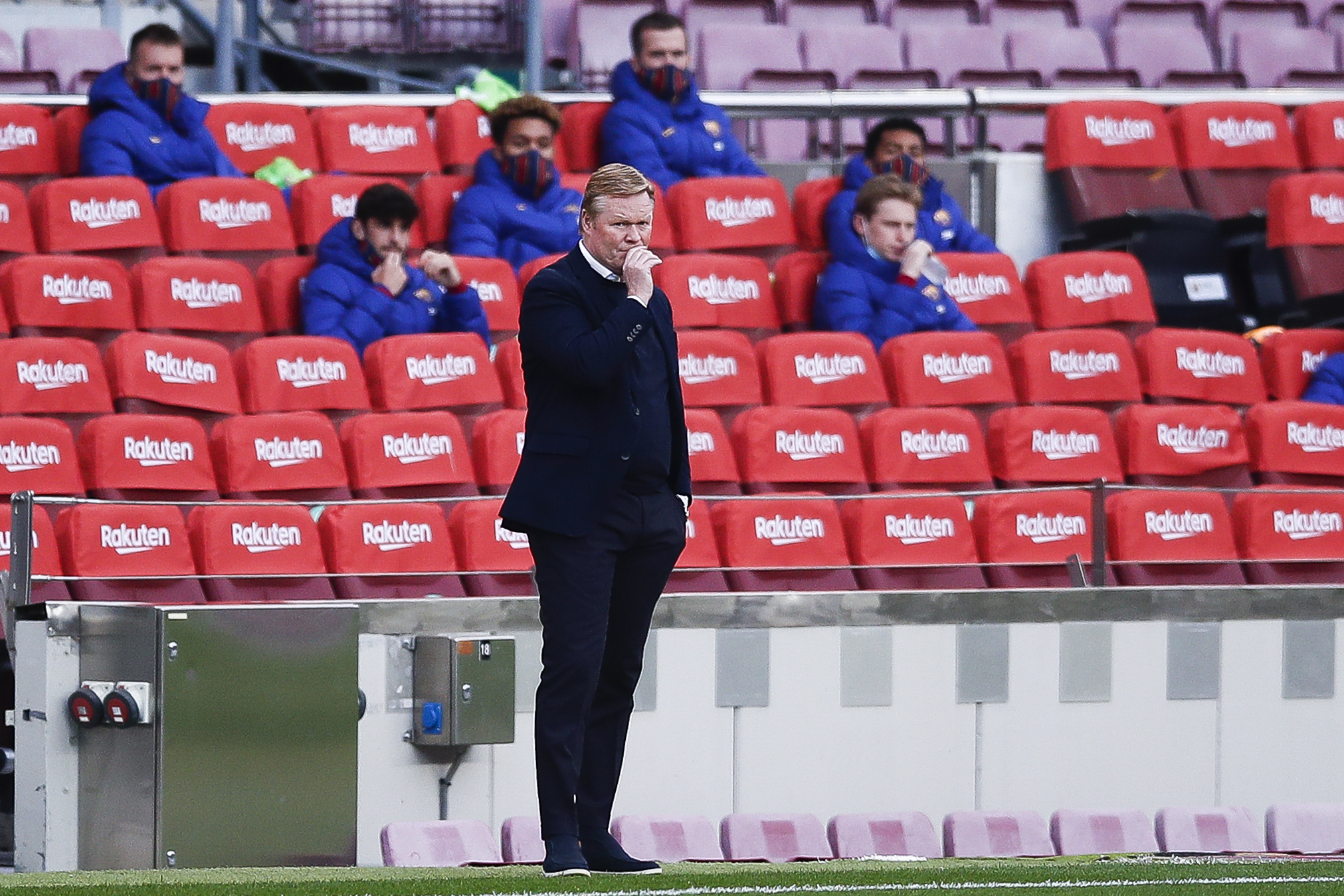 Although it has concepts cruyffistas such as playing with extremes with a switched leg, placing the defense high, enhancing freedom of movement and attacking before defending, Ronald Koeman cannot find the key. Barça neither governs nor defines. The coach likes that his team runs almost as much as the ball, fast transitions, passes that mix the horizontal with the vertical and a gibberish that is summed up in too many individual duels and poor space management. He suffers from running backwards and is barely in the offensive funnel. Fragile in the areas, he has 21 points in 13 games and moves away from Atlético, leading by eight points with one game less. Figures that define it as a team with aspirations and little else before playing this Tuesday in Valladolid (22.00, Movistar).

Disorganized freedom. Against Valencia, Koeman discarded the 4-2-3-1 to come out with a 4-3-3 in attack that passed to 4-1-4-1 in defense. And it ended with 3-5-2. None worked. “You don’t have to obsess over the system, we can use different ones and they can be changed during the game,” he said; “The key is the freedom of each one. Lately, they have more and that complicates the rivals ”. But it also disorganizes Barça. Both in attack and defense.

Koeman intends a high harassment almost to the man (with a physical load that makes the team pale in the final bars), a strategy that is effective if there are no mistakes or tardiness in the brand. But few times the rival does not overcome the pressure lines and demands that Barça run backwards. Problems that are accentuated when the transition is attack-defense, because when they lose the ball almost no one is in place, concerned about that freedom. The wings act as wingers while the wingers are rams and meet on the inside, limiting the spaces and passing lines, and creating a funnel. Maybe it happens because it is a team that lacks means [o no se utilizan como Pjanic y Aleñá]A distant idea from that phrase from Guardiola to Mascherano: “When you are a coach, you will want to put all the midfielders on your team; it’s the best way for the team to play well ”.

The situation worsens in his area: he has conceded 14 goals in LaLiga, a figure that nine teams improve. “The attitude, when we don’t have the ball, is not the best,” Koeman said in Cádiz. “We have lacked aggressiveness and we have left too many spaces,” he said after Juve. “We must be more concentrated,” he slipped yesterday and after Valencia. The regrets are repeated during the course without paying attention to the changes caused by Piqué’s injury and the entry of the central members of the subsidiary Mingueza and Araújo before Lenglet and Umtiti, international with France. Bet that mixes bravery with risk, because it exposes the players in a team without roots.

Invalidity of set pieces. In Valencia’s first corner kick, Araújo – with 1.88, the second highest of the Catalans behind Busquets, 1.89 – was left free of mark and Griezmann was paired with Diakhaby, who started, jumped and scored . It was the fourth goal conceded from a set piece, the same record the team received in the three previous seasons. “You have to defend, you have to be above. We are smaller and we have problems with set pieces, “said Koeman. The same thing happens in the opposite area, because it only achieves 7% success in these plays without taking penalties, while in the previous year it reached 15% and two years ago, 17%.

Unlike past times, when Unzue, Aspiazu or Sarabia (second to Luis Enrique, Valverde and Setién) jumped from the technical area to indicate the rehearsed plays to be made, no one goes to the laboratory anymore. No strategic action has been seen – perhaps a recurring pass to Coutinho – and corner kicks always go to the near post and to a lesser extent to the penalty spot, in the same way that indirect fouls are gently thrown by Messi while waiting from the arrival of the second line or the tall player on duty. And things do not work out in that luck for the captain. He has only made one of the last 60 direct attempts.

A not very flexible script. Koeman is not right with the corrections to the race, convinced that when the team wins by the minimum they must close the goal – ”if the result is short, you have to defend. And if you have to have one more central defender, you do it ”, he agreed after Levante— and he is inclined to charge him as strikers when he goes below. The accumulation does not work and Barça has only been able to turn the result around on one occasion of the nine in which the opponent has scored first: he signed three draws (Sevilla, Alavés and Valencia) and five defeats (Getafe, Madrid, Atlético, Cádiz and Juve). And when he managed to come back against Real Sociedad, the entire team and the coaching staff spoke of “attitude”, a collective response to the moments lived with Ansu Fati, Braithwaite, Pedri or Araújo. The ball usually ends up in Messi, required to receive in tight spaces, far from the goal, and less effective than before.