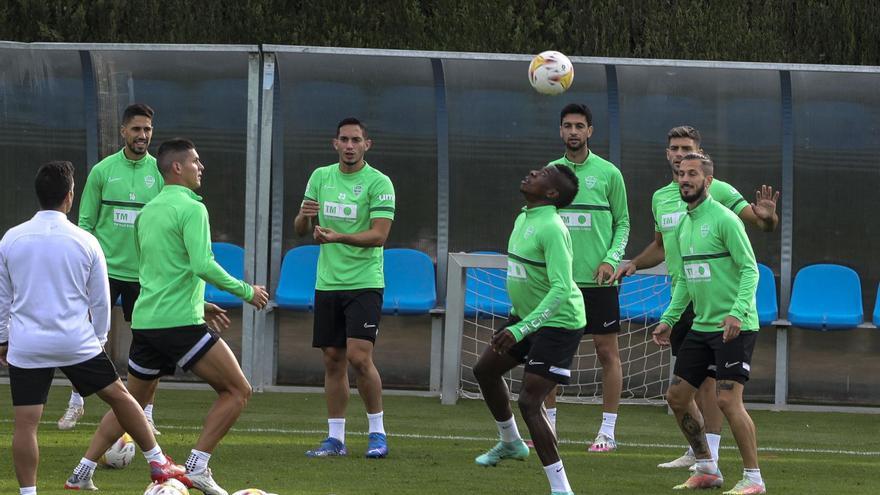 There are footballers who have not yet made the grade and who arrived as star signings. These are, mainly, the cases of Darío Benedetto and Javier Pastore.

The forward started having opportunities, but with the passage of the games he ended up losing his position in the starting eleven. Escribá has preferred Lucas Pérez in recent meetings as Lucas Boyé’s companion up front. “El Pipa” has only come out in the last minutes of the matches, even last Sunday he did not play after heating up almost the entire second half. The Valencian coach decided to put Guido Carrillo before, something that left Benedetto with few friends, who we remember is a shareholder of the Elche club in the Bragarnik investment group.

Pastore, except for some details, is not offering the expected performance either. He has played three of the last four games as a starter, but Escribá has not found his ideal place on the field. He has played mostly heeled on the left wing, on one occasion on the right and against Real Madrid he did play behind the striker, with freedom of movement, and in that demarcation he saw his best version.

Escribá has left and Pastore’s physical form, after three months training, is no longer an excuse. The Argentine international is one of those who must step forward.

Many have attributed the removal of Fran Escribá to the Argentine “clan.” There have been numerous comments about whether they had divided the locker room, whether Marcone, Benedetto’s friend, did not play … Now all that is also in the background and is past. If the Argentine footballers are committed to Bragarnik’s project, they must show it on the field.

Also Read  Pablo Martínez: «We are designing new algorithms in the treatment of patients with persistent covid»

Iván Marcone must squeeze Mascarell, Raúl Guti and Gumbau and show that he can start in midfield. Piatti must leave behind his ordeal of injuries and have more continuity. And Guido Carrillo show that he is a striker and why he is one of the highest paid players in the squad.

Silence from the locker room

On the other hand, curiously, contrary to what usually happens in other teams when a coach is dismissed, in the case of Elche there have been no messages, through social networks, of support or farewell to Fran Escribá.

The technician also did not come to say goodbye and did so through a letter. Regardless of the fact that it was produced privately, the only message that has appeared in the last hours on the social networks of the French-green players has been one from Edgar Badia that said: «Disappointed with the results of these first 14 games. But very convinced that we will improve and meet the objective. Butt for what is coming. Let’s go green, we are together ».