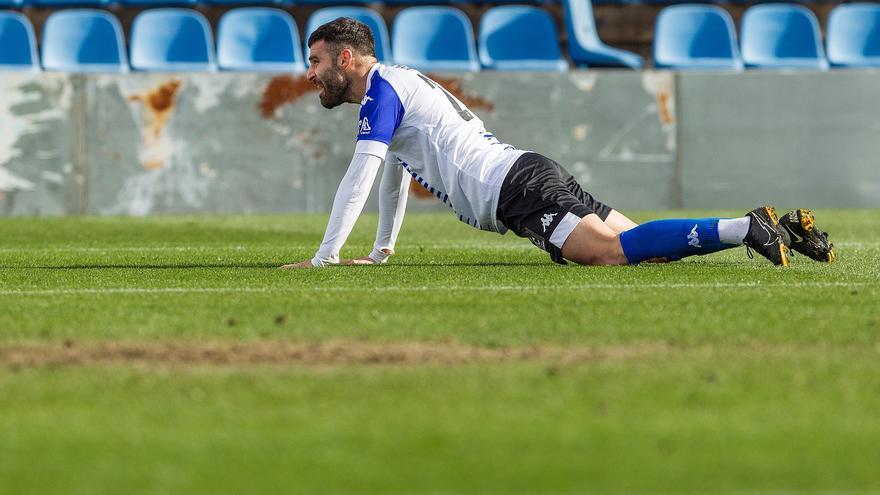 The Blue and Whites already know 14 of their opponents next season. The Second RFEF will be made up, if Luis Rubiales does not improvise more novelties, 90 teams distributed in five groups of 18. That invites us to think that their distribution will be quite similar to those of the extinct Second Division B.

The competition in which they will be integrated from August Hercules, Intercity, La Nucía, Eldense and Alzira –Still in an embryonic phase despite the haste–, the main characteristic will be the prize of the direct promotion of the champion of each one of them, without elimination rounds or duels between leaders, as up to now happened in Second B. Winning the League elevates you to a higher stage.

The rest, until completing the 10 that must go up, are resolved – as explained in the only meeting held in this regard between employers and clubs – in a single-game play-off (and without penalty shootouts), in the that attend from the second to the fifth classified. The best placed in the table is measured with the worst. Whoever surpasses the two rounds jumps to the First RFEF. What is not clear is if this mini-promotion is played against the teams of the same group or if there will be a draw that splashes the others. What is preserved is the sole venue to elucidate promotions, a circumstance that facilitates the Federation’s collection work and harms the clubs, which are left without the best lockers of the course. In addition, the sale to the television operator is also more practical and, in theory, more attractive.

If Rubiales is barely clear about how the First RFEF is going to articulate, the prelude to professional football, the Second is even further behind in its order of priority. It seems doomed to be forgotten by those responsible for Las Rozas, the same ones who have invented a forced restructuring of the football planet, with the excuse of modernizing the competition, when it harmed everyone the most and when less income could be collected.

Of the 90 clubs that will form the Second RFEF, there are already 73 fixed locations. There are 17 places to be decided, which will come out of the different promotion play-offs of the Third Division groups that conclude this weekend. While waiting for the map to be definitively completed, what this summer is going to be more laborious than ever is the composition of the five blocks if it is to be adjusted to the model of geographical proximity (and savings) that prevailed in Second B. Alicante, if everything is adjusted with common sense, they will meet the Balearic teams and the Catalans. When the postseason ends, the three territories will contribute 17 teams. The RFEF will have to decide whether or not the one remaining to close a hypothetical Group 3 should leave Aragon, as has been happening up to now. If so, the chosen one would be Teruel, but it is far from clear.

Another option would be to join Melilla –which remains off the hook– in the Alicante block. That would cause five transfers outside the Peninsula as a visitor, since one of the teams that remains to be promoted from Third comes from the Balearic Islands. Soccer is far … but in the end everything comes.

In the middle of the season, some of the clubs with the most historical weight that competed in Second B were flirting with the disaster. His classification for the Pro League (First RFEF) was on hold. In the end, teams like Racing de Santander and Deportivo de la Coruña, following the same path as Hercules, but finishing in the right place, did their homework. On the contrary, the great failures have been Real Murcia, the first to run out of options; Córdoba, who fought until the last match; Numancia, which fell last year to the third category and this falls to the fourth; and the painting by Manolo Díaz, staged in Llagostera, on the last day, his fall into the basement of national football. Other teams that have taken advantage of the second phase to avoid being dropped from the third category have been Atlético Baleares, which in recent seasons had always struggled to ascend to professional football; Racing de Ferrol, Real Unión de Irún or Cornellà. On the other hand, Recreativo de Huelva has been the great defeated, falling to the fifth category, where Marbella will also be, from which David Cubillo came out.