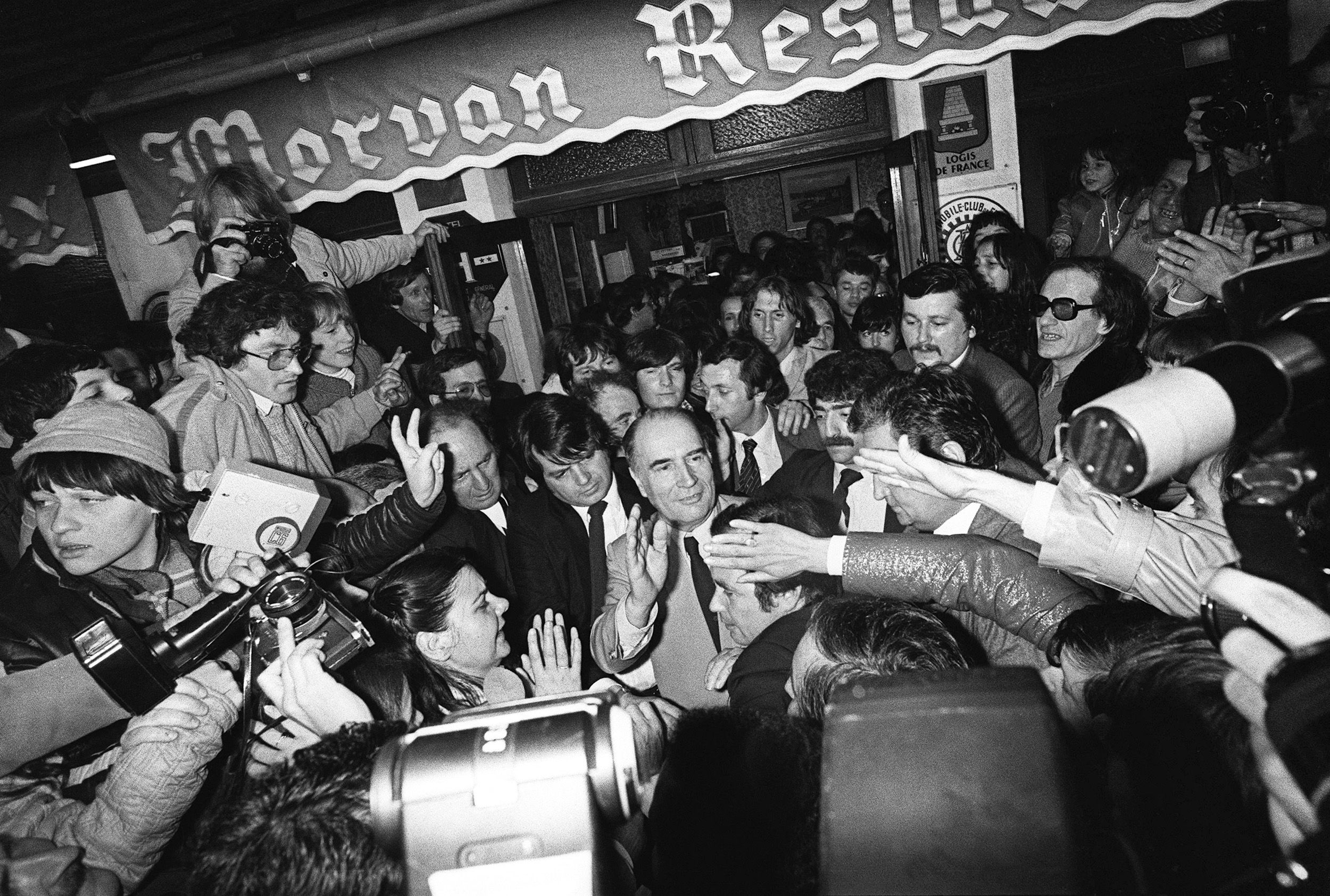 An air of nostalgia runs through the French left as they remember the coming to power of the socialist François Mitterrand on May 10, 1981, which marks 40 years this Monday. “What a story, eh? What a story,” Mitterrand said by telephone, upon hearing the results, to his advisers gathered at the headquarters of the Socialist Party (PS) on Solférino street in Paris.

Today the headquarters of Solférino, a mansion acquired by the party shortly before Mitterrand’s arrival to the presidency, is owned by a perfume group. The Socialists had to sell it forced by the drastic reduction of their financial resources after the electoral humiliation in the 2017 presidential elections, in which the candidate, Benoît Hamon, obtained 6.4% of the votes.

The PS has not raised its head. The left that four decades ago was mobilized by Mitterrand, which during the first years included socialists and communists in the government, is divided and without a figure or a proposal capable of building majorities. May 10, 1981 is a moment in history, a museum piece in a France that seems to be content with a duel between the current president, Emmanuel Macron, and the far-right Marine Le Pen in the 2022 presidential elections.

“What today we call the left, although I would speak of the left, is dead, it will not return to power,” says political scientist Gérard Grunberg, co-author of Ambition and remorse: the French socialists and power, a history of the relationship of the French socialists with power. And he adds: “No one will be able to unite it like Mitterrand. And furthermore, as has happened in many European countries, it has become an extremely minority in the electorate. And it has not clarified its positions on issues such as the economy, Europe, the institutions. That is why the voters have stopped voting for it. And this is not over. The next presidential election could accentuate the decomposition of the left.

Also Read  Hispano forgives his wife, who offered a gang member $ 2,000 to kill him

Former Prime Minister Manuel Valls joined the PS in full fever mitterrandiana, although he aligned himself with the faction akin to Michel Rocard, Mitterrand’s rival. He left the party in 2017 after battling with the left wing and theorizing about the existence of “two irreconcilable left.” Valls does not believe the unity that Mitterrand achieved in 1981 applicable in 2022. “The left are too far apart,” he said a few weeks ago. “It is said: ‘The communist and socialist parties were even more so in 1981.’ Yes, but then the left won thanks to a propelling force, which was the Socialist Party. Today this does not exist ”.

The only declared candidate of a left party for 2022 is the leader of La Francia Insoumise (LFI), the populist Jean-Luc Mélenchon. The PS has no candidate, but the mayor of Paris, Anne Hidalgo, has indicated that it could take the step. Environmentalists are convinced that, after their good results in the 2019 European and 2020 municipal elections, they can become the leading force of the new left, but they are embroiled in personalistic and ideological quarrels that complicate their ambitions.

Of these three components on the left, it is Mélenchon who most enthusiastically claims Mitterrand’s inheritance, “the old man,” as he calls him. “I feel like heir to his project and his way of being,” he told the weekly newspaper in January. L’Obs, despite Mélenchon advocating a French exit from the EU treaties that Mitterrand built. For ecologists, Mitterrand is a strange entity, another universe.

The PS’s relationship with Mitterrand is more complex, as was seen on Sunday at a commemorative day in Le Creusot, a municipality in the Burgundy region. The mayor Hidalgo and François Hollande, the only socialist who has returned to occupy the Elysee, attended. “Forty years later, the world, Europe and France have changed, and socialism can still provide solutions,” said Hollande. The current head of the party, Olivier Faure, did not attend the event.

Mitterrand’s legacy was uncomfortable for socialists even before his death in 1996 at age 79. In 1995, on the eve of the end of the second seven years in power, the new socialist leader, Lionel Jospin, spoke of a “right to inventory”: not everything was acceptable in a legacy and a shadowy figure. The most recent example is the report on France’s responsibility for the 1994 Rwandan genocide, which leaves the president and his team in a very bad light.

Macron is addicted to commemorations – last week, the bicentennial of Napoleon Bonaparte’s death – but considers Mitterrand’s coming to power as none of his business. That is why he will settle for inviting his old collaborators of the socialist president to the Elysee in the coming weeks. May 10, 1981 as the match date, but not the nation’s.

The consolidation of presidential power

Under Mitterrand, the left came to power for the first time 23 years after General de Gaulle founded the Fifth Republic and 13 after May 68. One of the socialist slogans, “change life”, captured this spirit of revolt , and in the end many young revolutionaries ended up joining the ‘Mitterrandismo’. For some, on the right, it was an earthquake, as for the advisor to the outgoing president, Valéry Giscard D’Estaing, who warned of the possible arrival of “Russian tanks” on the Champs Elysees.
The program of the first months, against the grain of the conservative revolution that Margaret Thatcher in the United Kingdom and Ronald Reagan in the United States launched at the same time, was up to the task: abolition of the death penalty, nationalization of banks and industries, retirement at age 60, fifth week of paid vacation. The anticlimax came in 1983 with the economic turn to the right, the ‘politics of rigor’ and the subsequent departure of the communist ministers. The date opened a gap, never closed, between the social democratic and anti-capitalist left.
“May 10, 1981 was the first time that there was an alternation in this regime, it is not just that the left came to power”, explains the political scientist Gérard Grunberg. “And François Mitterrand managed to get the PS to accept the institutions of the Fifth Republic: the primacy of the presidency, which was the central element of this system.” Grunberg recalls that, in the 1960s and 1970s, the left “continued to want to overthrow what they called ‘Gaullist’ power.” Mitterrand, who had been one of the first detractors of this system, ended up embodying the elected monarchy devised by de Gaulle like no other of his successors.

Also Read  Superliga: That we are Real Madrid, damn it! | sports