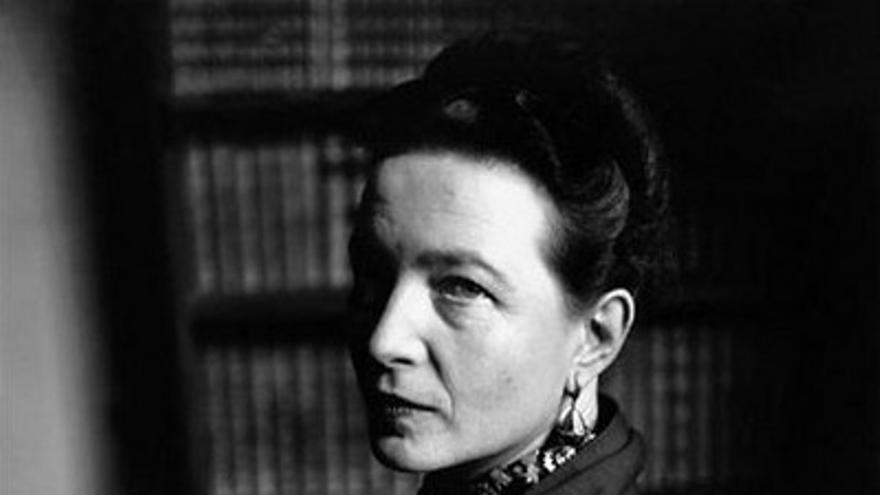 Fifty years ago 343 women dared to publicly state in France that they had aborted. They called them bitches, but his manifesto, which marks half a century this Monday, broke the silence around abortion and contributed to its decriminalization four years later.

Claudine Monteil was one of the signers. She was 21 years old, so at that time she had just come of age, and she was the youngest of a group that mixed strangers with illustrious personalities, such as the philosopher and writer Simone de Beauvoir or the actress Catherine Deneuve.

The weight of the famous signatories protected the others, although they all risked a jail sentence then, and the impact it had after its publication in the magazine Le Nouvel Observateur, now L’Obs, exceeded his expectations.

“We did not imagine that it was going to become historical. We were hoping they would talk about him. Its great success was that all families were forced to comment on it. Women in their 80s or 70s began to tell their granddaughters that they had had an abortion. From that point of view we had already won, but its impact was symbolically much stronger than that, “Monteil tells EFE.

His text, entitled ‘A call from 343 women’ and written by De Beauvoir, denounced that one million women aborted each year in France in dangerous conditions due to the clandestinity to which they were condemned.

“I declare that I am one of them. I declare that I have aborted. Just as we demand free access to contraceptive methods, we ask for free abortion,” said that manifesto that became known as that of the 343 “foxes” because that is how the weekly named them. satirical Charlie Hebdo.

“At first we took it as a joke, but now they have called me a bitch for fifty years. It’s a classic insult that men make us when we claim our rights. That’s why when young feminists tell me ‘It’s formidable, you were one of the 343 bitches ‘I tell them’ No, we were brave women who took a lot of risk. ‘

Her own mother thought she had destroyed her life. She had not yet started working and aspired to be a diplomat and a writer, something that has later been fulfilled, but the possibility of having a criminal record was real and would have ended her plans.

There were signatories who lost their jobs, women to whom their family stopped speaking, and young people who abandoned their studies. because at home they stopped helping them financially. They were all accused of being irresponsible or exhibitionists, and the Vatican Radio station even claimed that France was on the way to genocide.

At that time, abortion was punishable by between six months and two years in prison and, even so, between 800,000 and a million French women dared to interrupt their pregnancy a year, in conditions for which around 5,000 ended up dying.

Not all of those who signed it had aborted. Some like Monteil, who had already been involved in the student revolution of May 68, did so out of solidarity and to defend their right to “love and be loved without fear” of becoming pregnant.

The idea for the manifesto came from Le Nouvel Observateur journalist Nicole Muchnik, and De Beauvoir’s involvement was instrumental in gaining support from other famous women, including lawyer Gisèle Halimi.

Their fight did not end there. The mobilization continued and with the arrival to power in 1974 of Valéry Giscard d’Estaing and Simone Veil in the Ministry of Health, the law that decriminalized it was promulgated on January 17, 1975.

“It is often said that Veil was very brave, and it is true, but he could not have done anything if there had not been an extremely strong social movement“, indicates to EFE Suzy Rojtman, co-founder of the Feminist Collective Against Rape 1985 and spokesperson for the National Collective for Women’s Rights (CNDF).

Fifty years later, the struggle has been aimed at extending the term for abortion from 12 to 14 weeks. In a new manifesto published this Sunday by the newspaper Le Journal du Dimanche and supported by actress Vanessa Paradis, among others, 343 women claimed to have had an abortion outside the legal margin and requested that extension.

“We continue to suffer restrictions and it is still important to ensure that this right is maintained and expanded,” emphasizes Rojtman. According to the latest official figures, 217,291 women aborted in 2019, 7,769 more than the previous year.

Feminists have sufficient reasons not to stand still, adds the CNDF spokeswoman, who sees in that manifesto and in the recent movement to denounce sexual harassment Me Too, both in France and abroad, two of the great milestones of the group .