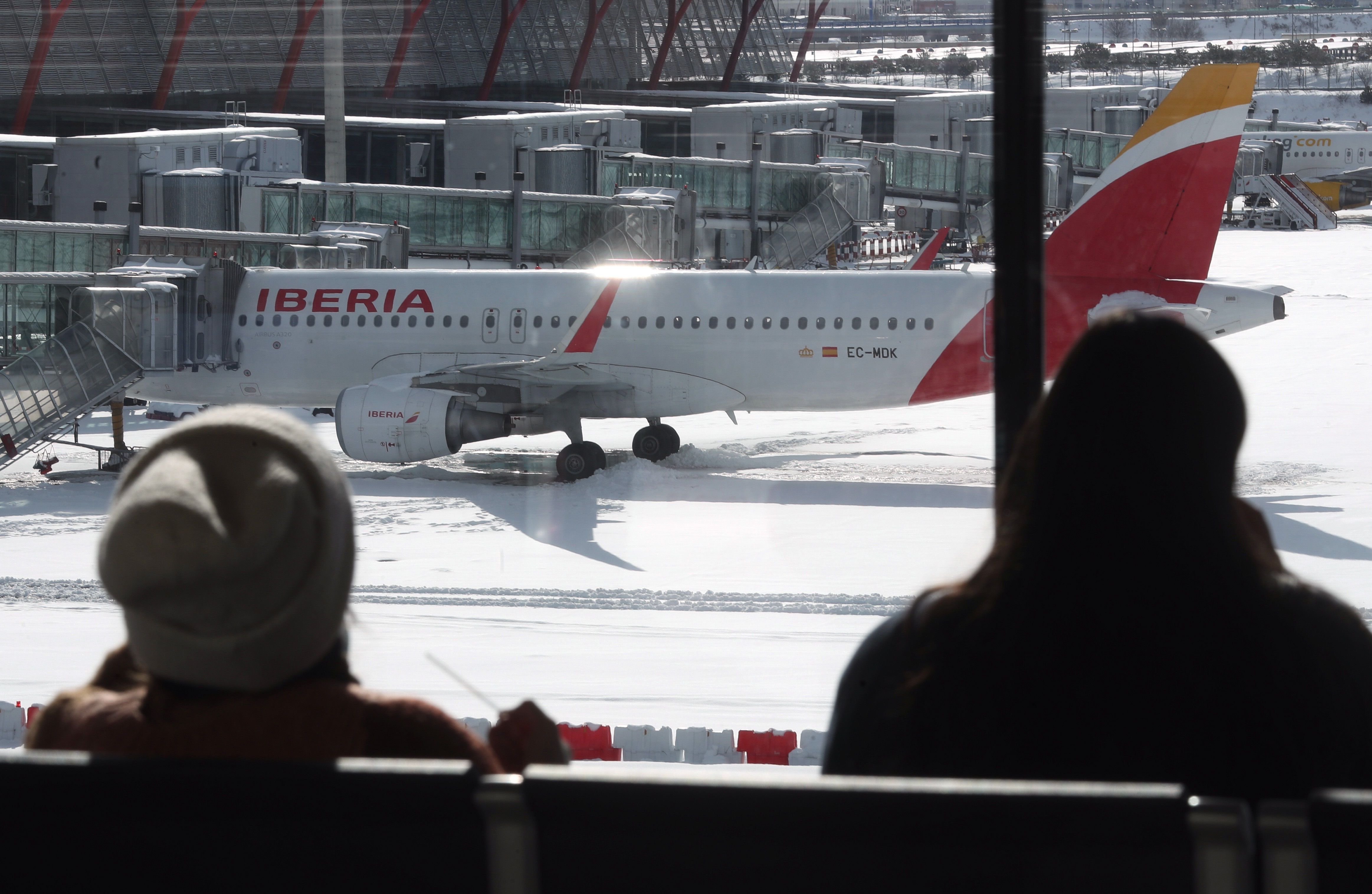 The storm Filomena it has affected the rhythm of half the country. But the Government has made it a priority not to further alter the vaccination against the covid, which has started slowly and very unevenly between communities. For this reason, it has committed to guaranteeing the supply of the next Pfizer shipment, a process that has two key steps: the first, clearing the Madrid airport; the second, distribute the roads by road when temperatures are expected in the center of the peninsula of -10º.

Communication is permanent and direct between the ministries concerned (Interior, Health and Transport, to which Defense could be added if the Military Emergency Unit is necessary). “The circumstances are exceptional, we are taking all measures to adapt Barajas, which is the most worrying thing, but it is planned that this morning [de este lunes] the flight can land with the doses, ”said Interior Minister Fernando Grande-Marlaska this Sunday. The reopening of the airport has begun this Sunday afternoon. In case it is not ready, the Government has prepared the Vitoria airport as an alternative.

For the subsequent delivery by road, it is planned to organize convoys of trucks protected by the security forces. The government believes it has prevented the collapse of the roads by taking hundreds of trucks off the road, but a problem remains that will worsen in the first half of the week: extreme cold will turn snow that has not been removed to ice. The Ministry of Transport will maintain the initial deployment of 1,300 snowplows in the nine most affected autonomous regions – Aragon, Catalonia, Cantabria, Valencian Community, Castilla y León, Castilla-La Mancha, Extremadura, La Rioja and the Community of Madrid – to try to that no mishaps occur.

In any case, the communities have the reserves that they have accumulated these days and they plan to throw them away if the vials of the new shipment do not arrive. An example of this is Aragon, reports Patricia Peiro. And if it is not possible to reach a specific health center due to the state of the roads, the doses will remain in their respective hospital and people or residences located in those cities will be vaccinated, says the council.

In practice, the ravages of Filomena They have focused on Madrid, where there have been incidents in the health field. For example, with the personnel who since Friday night have not been able to leave or reach the hospitals. “The relays are being carried out, mainly, by professionals who can travel by subway,” says the council, adding that in some cases “off-road vehicles are being used to be able to transfer professionals to work centers and thus facilitate, the relief of colleagues who have been two days in a row ”.

“As for the accesses, the entrances to the emergency room have been cleaned and enabled mainly, although there are still difficulties in some centers, incidents that are expected to be resolved in the next few hours”, says the spokeswoman for the department. Despite this, the Satse nursing union affirms that there are still professionals who have not been able to leave their workplaces for three days. Given the foreseeable mobility difficulties in the community, the council is sending 25,000 messages to change the planned analytics by day. The Community assures, however, that it will maintain its immunization plans.

This intention of not altering vaccination is generally shared by the rest of the communities. “Last week doses already arrived in areas of the Pyrenees with a lot of snow,” says as an example a spokeswoman for the Ministry of Health of Aragon. The one from Castilla y León argues that they are more used to frost situations. An example is the Hospital Clínico Universitario de Valladolid, which they say has “abundant amounts of flux material [para derretir la nieve], because winter frosts are more than usual ”, reports Juan Navarro.

The council of La Rioja affirms that, despite the bad weather, it has been possible to maintain the covid vaccination and the screenings set these days. And the one from Navarra claims to have vaccinated this week without interruption: Reyes, Saturday and Sunday included; informs Mikel Ormazabal.

Nor do the other communities most affected by the displacement of Filomena, apart from Aragon, which are Catalonia and the Valencian Community, have reported major problems, reports Cristina Vazquez. The Catalan Government only interrupted the vaccination, already on Friday, in Batea and Móra (Tarragona) and Lleida. The council hopes to open all its centers this Monday, with the exception of the Falset (Tarragona) health area, which will be closed due to the accumulation of snow and which provides service through different outpatient clinics to 17 municipalities. The Generalitat argues that the problem is access to toilets, so the area will be covered with telephone attention, reports Dani lamb.

That the storm fell on the weekend has been a great advantage, health sources admit, since the scheduled activity is minimal these days. One of the groups that have been most affected has been that of people who need dialysis, since many had sessions scheduled for Saturday and Sunday.

Most communities vaccinate outside of residences

The first round of vaccinations has focused on nursing homes, both their inmates and the staff who care for them. But among the population groups that are candidates to start immunizing as soon as possible were other health workers, especially those who are on the front line in the fight against the coronavirus, such as intensivists, internists and emergency workers. And, in fact, most of the communities (10 out of 17) and in Ceuta and Melilla have already begun to receive the medication. They are Andalusia, Aragon, Asturias, the Canary Islands, Cantabria, Catalonia, the Valencian Community, La Rioja, Madrid and Murcia.

The position of the autonomous cities is especially relevant, since although there are those who interpreted the vaccination strategy of the Ministry of Health that first the process had to be completed in the social health centers before moving to the health centers, the management of Ceuta and Melilla is in progress. Ingesa’s hands, which depends on the ministry. “Actually all [sanitarios de residencias, los ingresados en ella y el personal sanitario de centros de salud y hospitales] they are part of the same priority group in which there are different groups ”, affirms a spokeswoman for Health.

Among the ministries that have begun to vaccinate their staff, some, such as Aragón and Asturias, for example, affirm that they have done so to take advantage of the doses that were left over after defrosting vials for a residence. Others, like the Canary Islands, because they already have a large part of the centers for the elderly covered. A spokeswoman for the council of La Rioja affirms that they did so from the first day that they could be vaccinated, on December 28.

Some ministries, in the small competition that has been established based on the data on the use of the doses received, criticize those who have adopted this practice because injecting hospital or health center personnel is easier (you don’t have to travel, there are many staff in the same place), and they say that this gives them an advantage, at least for the moment. But if you look at the figures for these 10 communities, you can see that there are them with high efficiency (Asturias has used 69% of the vials received, the most), but there is also the one that shows the worst indicator (Madrid, with 22 % on Friday).