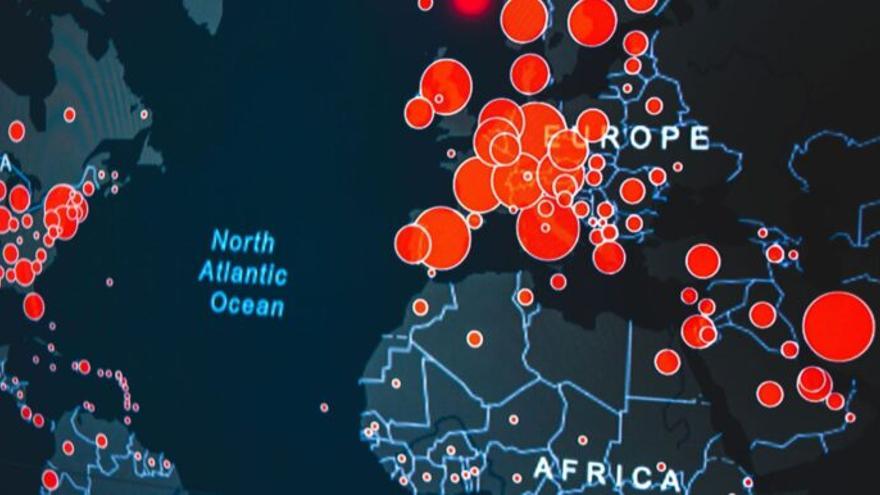 Covid-19 is most likely not the last major pandemic faced by many who read this article. Nor will it be the most deadly, nor the one that will cause the most economic damage. Even the restrictions of the worst times of Covid-19 will seem bearable in the face of the measures that will be necessary to take in coming pandemics.

At least this is what many of the best experts in infectious diseases, ecology and microorganism evolution think.

But scientists, for the moment, it happens like Cassandra, the Trojan princess to whom the god Apollo granted the gift of seeing the future and the curse that no one believed his predictions.

Will Scientists Get Their Predictions of Pandemics Right?

Unfortunately, everything indicates that we are entering a time in which, if we do not make a titanic effort to prevent it, the new pandemics will devastate humanity.

To understand why this is the case, it is essential to bear in mind that the vast majority of emerging infectious diseases that affect humans are zoonoses.

This is the case of diseases as common as influenza (whose viruses came to us for the first time from birds), or AIDS (a disease that was originally a chimpanzee virus), or diseases as lethal as Ebola or Marburg (whose viruses infect fruit bats), or Covid-19 (whose origin is in a coronavirus that infected pangolins and bats).

The data, in favor of the «era of pandemics»

One year before the outbreak of the Covid 19 pandemic, an ambitious international project began to take shape, the “Global Virome Project”, which aims to establish a list of all zoonotic viruses that can give rise to new infectious diseases in humans. To carry out such research requires the participation of thousands of scientists.

The figures being considered are very bad for human beings.

Taking into account that at the moment we have only cataloged about 264 viruses that have managed to do this so far, the situation is more than alarming.

Why would a virus that infects an animal make the leap to humans?

To understand it we must remember a phrase from the great genetista Theodosius Dobzhansky: «In biology nothing makes sense if it is not in the light of evolution».

Most of the viruses with the potential to unleash new pandemics in humans are viruses that are currently infecting mammals or birds. There are 4,381 species of mammals and 9,271 species of birds.

Using a human simile, we could say that for any virus to specialize in infecting mammals or birds was an excellent way to “earn a living.”

On the contrary, human beings were not such a good resource for viruses.

For most of our history humans were hunter-gatherers. We lived in small, fairly dispersed groups. We were never much more than 2 million people on the whole Earth and we were isolated in small groups of up to 200 individuals. We moved slowly on foot. Our ancestors did not see much of the world or know many people.

Probably, as a consequence of hunting, some zoonotic viruses were able to pass from hunted animals to humans. In the vast majority of cases, the virus ended up infecting many of the components of the small isolated group where the jump had occurred. But in a group of about 200 individuals herd immunity was soon achieved and the virus became extinct.

Now the tables have turned.

When do we become good business for viruses?

With the discovery of agriculture and livestock we began to grow. We settle in larger and larger populations. Little by little we began to suffer from emerging infectious diseases, most of them zoonotic that came to us from the animals we domesticated. We started to become “good business” for viruses.

The industrial revolution and the development of technology made us powerful. We grew extraordinarily fast and colonized most of the planet. Today we are already about 7,800 million people.

Our growth occurred at an extraordinary speed. At the beginning of the 20th century, the total biomass of human beings plus their agriculture, livestock, industry, buildings and all man-made artifacts only represented 5% of all the biomass of other living beings on the planet. But it grew extraordinarily fast.

When the Covid-19 pandemic began, we had just reached a worrying milestone: Our biomass and that of our agriculture, livestock and industry had just surpassed the biomass of the rest of the living beings on Earth. We have occupied, transformed and polluted the vast majority of the planet’s surface, its atmosphere, its continental waters and its oceans.

The pangolin and sexual vigor

Let’s go back to using a human simile. Imagine SARS-CoV-2 dedicated to infecting pangolins. For thousands of years he did very well. It was a “good deal” because there were so many. But a few decades ago people began to believe, for no reason, that the dermal scales of the pangolin (made of keratin, the same protein that our hair is made of) was an excellent remedy to cure various diseases and at the same time obtain sexual vigor.

Continuing with human similes, crises are times of opportunity for entrepreneurs with new ideas. And a tiny entrepreneur made the business of his life when he went from infecting decaying pangolin populations to infecting massive human populations.

One of the hypotheses that seem most likely is that SARS-CoV-2 passed from pangolins to humans.

If so, no one can doubt that the coronavirus hit the biggest hit in its history. It went from having a rapidly dwindling resource of just a few thousand individuals to having at its disposal 7.8 billion people who could potentially be infected.

Our lifestyle, a haven for viruses … and bacteria

To make things easier for zoonotic viruses, modern humans have a lifestyle that makes us extremely easy targets for emerging infectious pathogens.

We like to live crowded in big cities and attend massive events. Millions of us travel by plane without the slightest sanitary control and we can spread a virus around the world in a few hours.

There is no doubt that humans are the closest thing to paradise there can be for the at least 827,000 zoonotic viruses with the ability to pass from regressing animal populations to our burgeoning human population.

After all, our biology is very similar to that of other mammals and not very different from that of birds. And any mammalian or bird pathogen is not going to have a hard time infecting humans.

Of course, viruses (or bacteria) do not consciously think that their future lies in making the leap to infect the huge population of human beings. They do it by chance. But mere chance is enough for many emerging infectious pathogens to take such a step.

To test this hypothesis, the number of zoonotic pathogens that in recent times are managing to pass from mammals and birds to humans has already begun to be measured.

The results are chilling.

That is what the next article will be about.