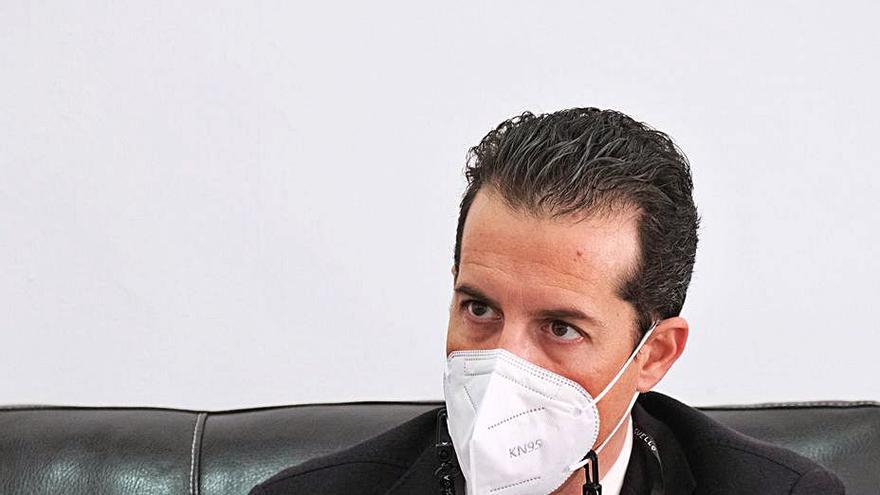 This FVMP proposal will be put on the table at the meeting called for this Tuesday by the President Ximo Puig and that it will be kept in the Palau de la Generalitat with the presence of the competent authorities in this area. Among them, representatives of the Valencian Agency for Security and Emergency Response, the commanders of the National Police and the Autonomous Police, the Civil Guard, the Government Delegation in the Valencian Community and the Ministry of Justice, Interior and Public Administration. The purpose is to coordinate the measures and recommendations that will be carried out in the provinces of Alicante, Valencia and Castellón during the next festive dates.

The president of the Valencian Federation of Municipalities and Provinces and mayor of Elda, Rubén Alfaro, will propose at the meeting the convocation of the Local Security Boards for coordination with the different State Security Forces and Bodies. A decision that, as explained, is essential to exercise proper control and compliance with health measures by citizens in each of the municipalities.

As is known, in the Valencian Community the main restrictions in force will be maintained in the face of the spread of covid-19 at least until next April 12, when the Easter and Easter holidays officially end. The objective is, therefore, to pay special attention, on these holidays, to compliance with the measures dictated by the health authorities to avoid an increase in infections. “It is something that we should not and we can afford because it will mean a new setback in the fight we have been waging against the covid-19 pandemic since March 2020,” Alfaro stressed yesterday, insisting on recalling that the situation remains exceptional. In his opinion “only from the involvement and collaboration of all and all can we continue to advance towards a safe de-escalation as long as the data on the evolution of infections allows it.”

The FVMP places special emphasis on need to increase the control of capacity in the hospitality industry, avoid the massive influx of citizens from the interior of the Valencian Community to tourist accommodation and second residences on the coast, prevent traditional and private parties as well as guarantee the perimeter closure of the Valencian Community to prevent the transit of people from facilitating the transmission of the coronavirus.

“We are better than we were during Holy Week and Easter last year when we were confined to our homes and hospitals were at the limit of their capacity. Therefore -asks Alfaro- let us not relax in the prevention measures and do not run the risk of giving rise to a fourth wave ”which, in this case, could also affect the process of vaccination.

The bitter experience brought about by the relaxation of the sanitary restrictions during the past Christmas, with the irruption of the third wave as cause and effect, it is a scenario that will be very present at the meeting of the FVMP, the Generalitat Valenciana and the Valencian Agency for Security and Emergency Response. What happened during the Christmas period is an example not to follow for the authorities. That is why the meeting on Tuesday, as happened in the meeting prior to the Fallas on March 17, will come out a package of recommendations for citizens aimed at respecting the rules of the state of alarm and avoiding crowds at non-festivals of Easter and Easter. Especially in civil and religious acts appealing, likewise, to the local and provincial authorities to extreme the appeals to the citizens requesting the maximum prudence on these holidays. In this case, the involvement of mayors is essential so that they carry out surveillance and information campaigns and that they count, for this, with Civil Protection groups. In short, last Christmas as an example not to follow.