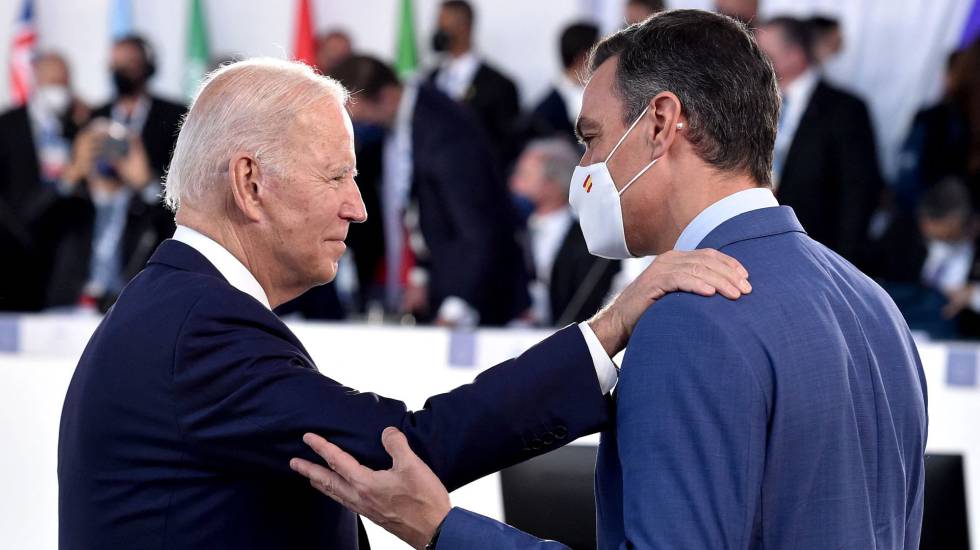 G-20 leaders, meeting at a summit in Rome this Saturday and Sunday, have given new impetus to the global minimum corporate tax of 15%. The leaders expressed in the first session of the meeting a “broad and transversal support” for the agreement reached under the mediation of the OECD and that some 140 countries have signed. The message of the large G-20 economies, which represent more than 80% of world GDP, has the courage to give political vigor to a process that, after the pact, faces a complex implementation journey. The goal is to activate the new tax architecture, which also provides measures for taxes on large digital companies, in 2023.

In the first plenary session, President Joe Biden emphasized the move as a joint action by the global community on behalf of people through a just redistribution of wealth. The observation highlights the underlying themes that run through the summit’s work: the need to reactivate badly wounded mutilateralism, the burden of inequality, between countries and within the same society.

It was precisely in this sense that the host of the meeting spoke, the President of the Italian Government, Mario Draghi, called on the powers gathered to seek multilateral solutions to global problems. “In many ways, multilateralism is the only possible answer. We have to do everything in our power to overcome our differences and reactivate the spirit that led to the creation of this group, ”said Draghi, who highlighted the unsustainable inequality in the global distribution of vaccines.

The first vice president of the Government of Spain, Nadia Calviño, pointed out that President Pedro Sánchez insisted in the plenary, like other leaders “on the need to implement this agreement as soon as possible.” The final statement will set the target to apply this minimum rate in 2023, but the Spanish Government would like it to be much earlier. Spain has the advantage that it already has this commitment of 15% as the minimum effective corporate tax rate in the Budgets that the coalition has agreed to and they are already registered in Congress.

Also Read  Diwali 2021: India celebrates the festival of lights under the shadow of covid-19

Although the first day is especially dedicated to the pandemic and economic recovery, the climate issue flies over the sessions. The Rome summit acts as a top-level prologue to COP26, which is scheduled to take place in Glasgow in the coming days. The G-20 reflects two of the three great key geopolitical groups on this and other issues: the developed powers, responsible for much of the accumulated pollution, and the emerging ones, with less history, but much polluting present and future. The most disadvantaged countries are missing here. It is unlikely that the summit will shed relevant firm commitments, but the political tone of the conclusions is highly relevant in the framework of global negotiations on this matter.

The summit and its prolegomena are also an occasion to hold bilateral meetings. The president of the United States, Joe Biden, met this Friday in Rome with the Pope, with his French counterpart, Emmanuel Macron, with whom he discussed the recent discrepancies on account of a major sale of submarines to Australia, and with the host, the Italian Mario Draghi. Biden is also scheduled to meet Angela Merkel, who will be joined at the summit by her likely successor, Olaf Scholz. Reasons for tension abound, from China’s military advances to maritime friction between France and the United Kingdom, whose leaders also have a bilateral meeting scheduled for Sunday, amid a disturbing escalation of reproach.

Spain, as usual since 2008, participates as a guest even if it is not a member. Pedro Sánchez has gone to Rome and has organized a series of bilateral meetings with various leaders, but not with Joe Biden, the president of the United States, with whom he has greeted and conversed in the moments prior to the summit, as you can. appreciate in some images.

Also Read  Cumbre Vieja: These are the effects that the lava bomb will have on the sea | Science