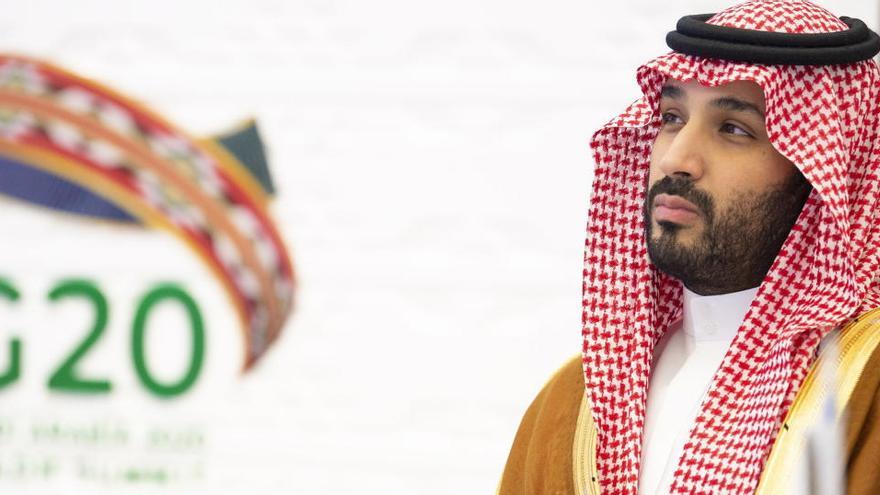 The leaders of the member countries of the group of 20 began their annual two-day summit, which is celebrated electronically due to the covid-19 pandemic, with the aim of agreeing on measures to get economic recovery back on track and with the promise that this is fair and sustainable.

“We have the duty to face the challenge together during this summit and give a strong message of hope and tranquility by adopting measures to mitigate this crisis,” he said from Riyadh del Rey. Salman bin Abdulaziz from Saudi Arabia, organizing country of the event by exercising the rotating presidency of the group.

During the two days that the meeting lasts, the member countries of the Group of 20, which includes several of the richest in the world, will discuss measures with the aim of promoting a recovery, which both the current presidency and several of the participating countries they have been proposed to be “inclusive” and “sustainable”.

One of the topics that will star in the meeting, as it was at the extraordinary summit of G20 leaders that took place in March, is how to make the covid-19 vaccine accessible for less developed countries.

“We must work to create the conditions for affordable and equitable access for everyone,” said Salman, adding that at the same time we must begin to develop strategies to be prepared “for future pandemics.”

The Investment Minister of Saudi Arabia, Khalid al Falih, indicated in an event prior to the start of the summit that the suspension of the debt to the least developed countries agreed by the G20 has so far reached 40,000 million dollars and has benefited 73 countries.

However, both the UN and the European Union affirmed before the summit that the suspension of the debt, which currently extends until mid-2021, was not enough and announced that they would ask the G20 for more resources to finance access to vaccines. for those nations.

Also the President of the Spanish Government, Pedro Sánchez, who is attending the summit as a guest, joined this call and will ask G20 leaders for universal access to vaccines against covid-19, according to Moncloa.

The run-up to the summit have also been marked by calls for greater international cooperation and a return to multilateralism after the US president, last year, Donald Trump, broke the consensus by refusing to accept the Paris Pact against climate change.

The imminent replacement in the White House, after the victory in the last elections of Democrat Joe Bien, has raised expectations in this regard and although this will be the summit of Trump’s farewell, some members of the group have already appreciated a less confrontational stance of the North American.

“Only by joining our forces and working together can we defeat the coronavirus and emerge stronger from this crisis,” British Prime Minister Boris Johnson said in a recorded message.

Likewise, the Brazilian president, Jair Bolsonaro, appealed for “cooperation within the G20”, ensuring that it is key to overcome the covid-19 pandemic and return to the path of social and economic recovery. ”

The South American leader, however, put the health and economic risks of the coronavirus on a par again and called for “working towards economic growth, people’s freedom and world prosperity.”

Although the highest priority for the G20 this year continues to be the fight against covid-19, several of the participants recalled the importance of the fight against climate change by supporting the objective set by the Saudi presidency of seeking a recovery ” sustainable”.

“We need create the conditions for a economy, declared King Salman in his inaugural address.

The health and economic crisis has overshadowed some of the issues that the Saudi presidency had chosen for the G20 agenda this year.

Among other points, he had proposed to focus his presidency on technological innovation, the protection of the planet and the creation of opportunities, particularly for young people and women, despite the fact that the Arab country keeps several women’s rights activists imprisoned, such as several NGOs have been in charge of reminding him.

In addition to Spain, the permanent guest country, Switzerland, Jordan and Singapore have also been invited to participate this year.