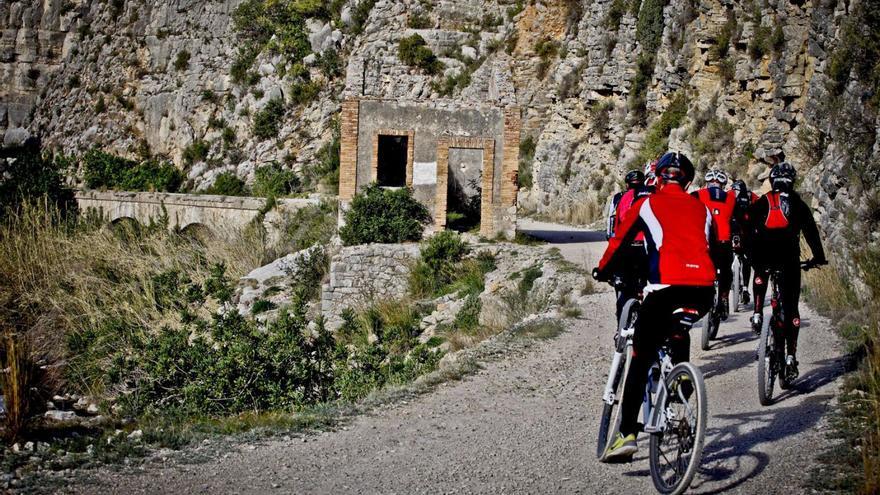 The project is divided into two, one corresponding to the section between Muro and l’Orxa and the other between the latter town and Villalonga. It is the part of the route with a special heritage and landscape interest and that runs through a more rural environment. The rest, between Alcoy and Muro and between Villalonga and Gandia, are either already conditioned in some way or have been urbanized due to the growth of populations. The work of the Muro-l’Orxa route is budgeted at 1,545,740 euros, while the cost between l’Orxa and Villalonga amounts to 1,581,830. However, for 2022 only what can be considered “the peak” of each of these amounts is recorded: 45,740 and 81,830 euros, respectively.

By 2023, each of the tranches has 500,000 euros assigned, and the remaining million is left for the next annuity. In other words, the Generalitat’s forecast is to start work next year, but postpone most of the volume to 2024. That is, in case the project does not suffer any delay for any reason for any reason.

The route of the old railway from Alcoy to Gandia runs through places of great natural and scenic value such as the Serpis river canyon between l’Orxa and Villalonga, known as the Barranc de l’Infern. There are also numerous patrimonial elements in a state of deterioration that can be recovered, such as the l’Orxa station, boxes such as the one in Gaianes and various tunnels, and others that would be recovered such as the metal viaducts dismantled shortly after the closure of the railway in 1969 , among which was the wall of Muro, whose pilasters are still preserved but in poor condition and with serious risk of collapsing.

The transformation of the route into a greenway is a historical demand of the Alcoi-Gandia Train Association, precisely because it is a guarantee for the preservation of the heritage that is conserved. For this reason, the president of the entity, Jaume Gómez, is pleased that the action is included in the Generalitat’s budget project for 2022, although the execution of the works is most likely to be prolonged in time. “Being there is already a very big step; even if it will take time, it means that it will be done, “he says.

The association plans to request a meeting with representatives of Public Works shortly, as agreed in the meeting held last week in l’Orxa with mayors and councilors of municipalities through which the route runs, including Alcoy, Muro, Gaianes and Beniarrés, apart from the host. It was also agreed to approve motions in favor of the conservation of the existing dams in the Serpis riverbed as it passes through l’Orxa and Villalonga, considering that they are a heritage element of great importance, complementary to those of the railway route.