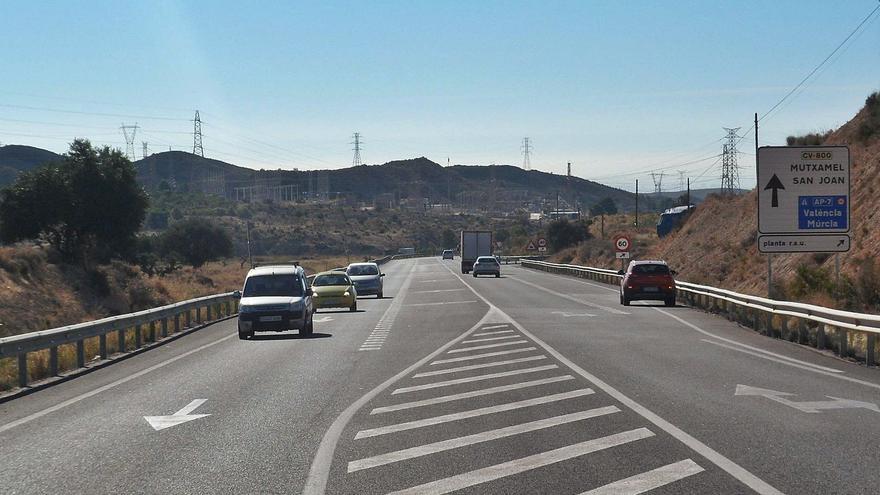 The action drags a long delay since, despite having a budget allocation from the Generalitat since 2019, remained blocked by the environmental assessment. For this reason, the Xixona City Council, which has already received the Environmental Impact Assessment document – it will be published shortly in the Official Gazette of the Generalitat (DOGV) -, hopes that the work will be carried out as soon as possible.

Ecological Transition issued on August 20 the environmental impact report that gives free way to continue with the processing of the project, for which the bidding phase of the works remains, although the Ministry of Public Works could not specify yesterday if it would remain some other previous step to be carried out, apart from a modification of a livestock route. The most complicated, the budget allocation and the environmental approval, that’s it.

The work, called “Improvement of road safety and widening of the cross section on the CV-800 road, between kilometer points 8,500 and 11,125”, includes enabling a third lane between the so-called La Mina straight, where there is access to the Piedra Negra garbage plant, and the old Al-con store, to facilitate overtaking.

Finally, in this year’s accounts, the amount of 650,000 euros for 2021 and 1,861,440 euros for 2022 is allocated to the project. It is not a splitting of the entire CV-800 between Mutxamel and Xixona -about 11 km-, as has been claimed for decades, but it will be a significant improvement for safety and to facilitate overtaking. And it is that it is a road with a large load of traffic of cars and heavy vehicles by the garbage plant and the nougat, refrigerator and diaper and sanitary towels industries, since the Dodot and Evax brands are also manufactured in Xixona. It supports 5,000 vehicles per day for a population that does not reach 7,000 inhabitants.

The proposed solution is a two-way traffic lane with three available lanes -now there are two-, so that one lane is established in each direction and the middle lane alternates in one direction of circulation or in the opposite direction, in such a way so that both directions of traffic have some safe sections where you can overtake. In addition, the works include the construction of a new roundabout on CV-800 to replace the existing T-intersection, which provides access to the landfill, and the implementation of a U-turn to the south of the project.

The Environmental Assessment report resolves «to estimate that the project, without prejudice to the prior obtaining of the applicable sectoral authorizations, will not have significant effects on the environment and does not require an ordinary environmental impact assessment, provided that it is adjusted to the provisions of the project, the environmental document and the terms of this report. In particular, in relation to the crossing of the road with the cattle track, the modification of its route by public works must be managed through the competent Territorial Service ”.

The mayor of Xixona, Isabel López (PSOE), explained this Monday that “it is great news that the project already has the environmental approval, because we have insisted a lot so that this work is carried out as soon as possible. The Generalitat finally attends to a historical claim ».

The first mayor recalled that this work joins the improvement of the ditches and the construction in recent years of three roundabouts to improve access at the junctions of the CV-800 with La Torre de les Maçanes, Busot and the polygon El Espartal -now running-, suppressing blackheads. López pointed out that thanks to the Botànic «gone are the years in which with the PP in the Generalitat they painted a continuous kilometer line -in 2010- that made overtaking difficult, or the safety of people was endangered with the work that did in the ‘straight of the horses’ -in 2015-. In those years Xixona’s communications got very bad ”. And he assured that «we are going to continue demanding more improvements in the CV-800. This is one more step, not the last.