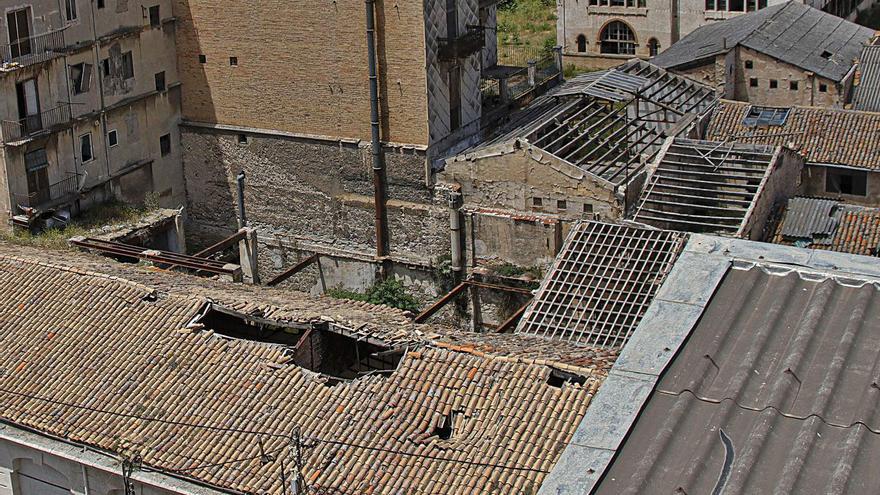 The Mayor of Alcoy, Toni Francés, and the Regional Secretary for Tourism, Francesc Colomer, signed in the Town Hall the agreement by which the Generalitat will provide the funds and the City Council will tender and award the work. The total amount, as confirmed by the two officials, amounts to 2.2 million euros. The intention, in principle, is that the facilities are completed by the end of 2023, although without specifying the 100% deadline. What is absolutely clear is that the tender, Frances stressed, will be done before the end of the year.

The first mayor highlighted the “commitment to inland tourism and Alcoy” that this agreement represents. The CDTI, he said, will be “a reference center for teaching and research” on this matter in the area. It will not only be a “motor for training and qualification,” he added, but also “for the development of tourism companies and others that provide services,” with the consequent impact on the economy of the region. Along with the training work, the center plans to develop actions related to the modernization and digitization of companies, as well as product promotion, among others.

Francés also had an impact on the “greater reception and participation” that the tourist activities carried out in Alcoy are having in recent times. As he explained, “every time we are seeing a more active breeding ground.” In this sense, he emphasized the increase in visits to the city and its surroundings this year, although he acknowledged that the context of the pandemic and the restrictions that it has implied for certain trips must also be considered. Even so, he showed his confidence in taking advantage of this circumstance for the tourist growth of the municipality, and that the CDTI “contributes to the consolidation” of Alcoy as a “powerful destination”.

For his part, Colomer stressed the idea of ​​promoting “training in all those professions related to the tourism industry” in the center to be built in Alcoy. In addition, he pointed out that the “i” for “interior” is also for “research, intelligence and innovation”, in relation to the boost to the modernization of companies that is intended to be given. He also pointed out that “tourism is a systemic sector”, which has a notable impact on the rest, so that the “transformations” provided by the CDTI will also have their transfer.

The regional secretary also alluded to the importance of the center being located in the Rodes complex, which in itself will be a space for innovation. The facilities will be the first to materialize in the ambitious project to renovate this vast urban space, which involves a global investment of more than 12 million euros.

The Generalitat will consign 1.2 million in its Budgets for the Alcoy Tourism Center

Festivities Support for the Moors and Christians with 40,000 euros

Turisme Comunitat Valenciana also signed yesterday another agreement with the Association of San Jorge, by which the autonomous body will allocate 40,000 euros to the promotion of the Moors and Christians festival in Alcoy next year. This amount is the maximum that Turisme applies, reserved for the most prominent festivals. Francesc Colomer stressed, in this sense, that “the festivities are and will be the great event of the Valencian Community”, and that it is necessary to spread “their value in terms of hospitality and tourism promotion.” In the specific case of Alcoy, he pointed out that the city “has a series of important values ​​and attributes, and the Fiestas are.” Therefore, “underlining its value is very important.” This promotion agreement has already been signed in the last two years, “to keep the flame alive” of the Festivities.