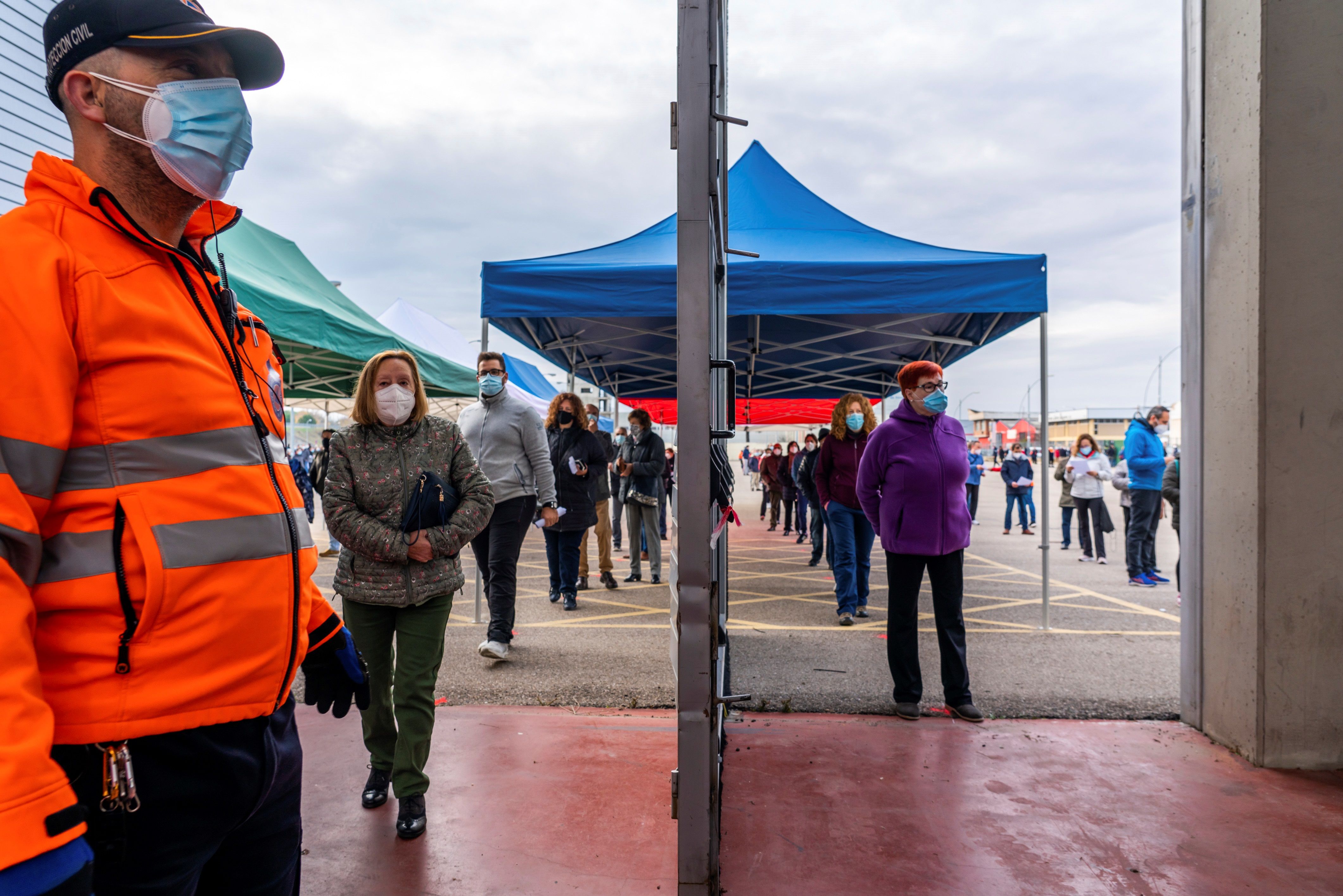 Note to readers: EL PAÍS openly offers essential information on the coronavirus during the crisis. If you want to support our journalism, subscribe here.

The President of the Government, Pedro Sánchez, has announced that next Tuesday the Council of Ministers will approve the vaccination strategy against the coronavirus, and that he foresees that “a very substantial part of the Spanish population may be vaccinated with all the guarantees throughout of the first semester of 2021 ”. So far none of the more advanced vaccines have been approved by a regulatory agency, but Pfizer and BioNTech announced today it’s a statement that they will submit throughout the day the request for emergency authorization to the FDA (the US drug agency) for their candidate, baptized as BNT162b2.

“Spain will be the first country in the European Union, together with Germany, to have a complete vaccination plan,” said Sánchez this Friday in La Rioja, where he presented the Recovery, Transformation and Resilience Plan of the Spanish Economy together with the president of the region, Concha Andreu. “We have been working on this plan since September. We are prepared ”, assured the president. Despite qualifying the horizon as “hopeful”, “any euphoria must be compensated by caution,” Sánchez has nevertheless requested.

The EU has already signed contracts with the pharmaceutical companies AstraZeneca, Sanofi / GSK, Janssen and BioNTech / Pfizer for a total of 1,000 million expandable doses, as explained by the head of the Spanish Government, who also stated that the signature is “imminent” of the contract with the company CureVac and that negotiations with Moderna and Novavax are well advanced, for a total of 400 million additional doses. Spain will be responsible for 10% of the contracted doses, and it is already “working at full capacity” so that they are “available when before,” Sánchez assured.

The groups that are likely to be vaccinated in the first place will be health workers and the elderly, who are the most vulnerable to covid, as explained a few days ago by the Minister of Health, Salvador Illa, something that also corresponds to the WHO recommended strategy. Pilar Aparicio, general director of Public Health of the ministry, said this Friday that the vaccination plan “is still being finalized. The idea is that it be common to all the autonomous communities and coordinated with the European Union ”since, among other things, the purchases will be made jointly“ within the EU initiative in which Spain has participated very actively ”. The European Union will distribute the vaccines that correspond to them among the member states according to their population, but they will decide who they are going to give them to first.

At the moment the rate at which the doses would arrive is unknown, once the candidates receive the approval of the regulatory authorities. It depends, among other things, on the production capacity and the logistics of its distribution. Almost 9.3 million people over 65 live in Spain. Illa assured a few days ago that she hopes to have 20 million doses of the Pfizer vaccine (which requires two pricks, so 10 million people could be immunized) “at the beginning of the year.” However, Fernando Simón, director of the Center for the Coordination of Health Alerts and Emergencies, said at the beginning of the month that at the beginning “it will not be a massive vaccination.” “It will begin by administering to risk groups, but vaccinating the entire population will not be possible until spring, perhaps May,” he added. “Although the companies that are developing the vaccines and with whom the purchase of the same is being negotiated have already prepared the production plants to start manufacturing them at the same moment in which they demonstrate their effectiveness,” he also pointed out.

In what phase is each vaccine?

In the absence of further specificity, the European Commission established on October 15 general guidelines for vaccination: “All EU members will have access to vaccines for covid-19 at the same time and these will be distributed according to their population. In the initial moments, the total number of doses will be limited until production accelerates. Therefore, this communication [el documento de la Comisión que da estas guías] offers examples – without assuming an order of preference – of the population groups that should have priority access to vaccination in each country: health and care personnel, people over 60 years of age, people whose mental health makes them more vulnerable , essential workers, people who cannot maintain a physical distance, other socio-economically disadvantaged groups ”.

The European Center for Disease Prevention and Control (ECDC) has also published his guide, very brief, and which underlines the fact that initially “an initial shortage is expected” of vaccines. ECDC considers that more parameters must be taken into account when prioritizing, such as immunizing groups with a high risk of exposure and continuing to transmit the virus, as in certain work settings or in the case of “young adults” . The report from this center also recommends prioritizing regions with a high incidence of the disease or vaccinating as a way to control active outbreaks. The American equivalent, the CDC, updated your recommendations today, among which it includes prioritizing those over 65 years of age, those with previous illnesses that may aggravate their condition, health personnel and workers in “essential and critical industries.”

The president has reviewed the state strategy with which the second wave is being faced. “Today we have more instruments than yesterday and we have perfected co-governance. We have a state strategy with common indicators, common actions and a weekly evaluation of the measures adopted. We are very aware that we need 2-3 weeks to know what the evolution of these measures is. With these common instruments, we have been steadily reducing the accumulated incidence for two weeks, ”he said from the Wurth Museum, in the Riojan town of Agoncillo.

Sánchez has pointed out that “the accumulated incidence has been steadily decreasing for two consecutive weeks to 14 days”, which has gone from “almost 530 cases per 100,000 inhabitants in the first week of November to yesterday of 436 cases. We are on the right path to bend the curve, fulfilling the ambitious goal we have set for ourselves ”. “But we are still very high, to return to a cumulative incidence of 25 infections per 100,000 inhabitants in 14 days,” he warned, for which he states: “we should not relax at this critical time.”