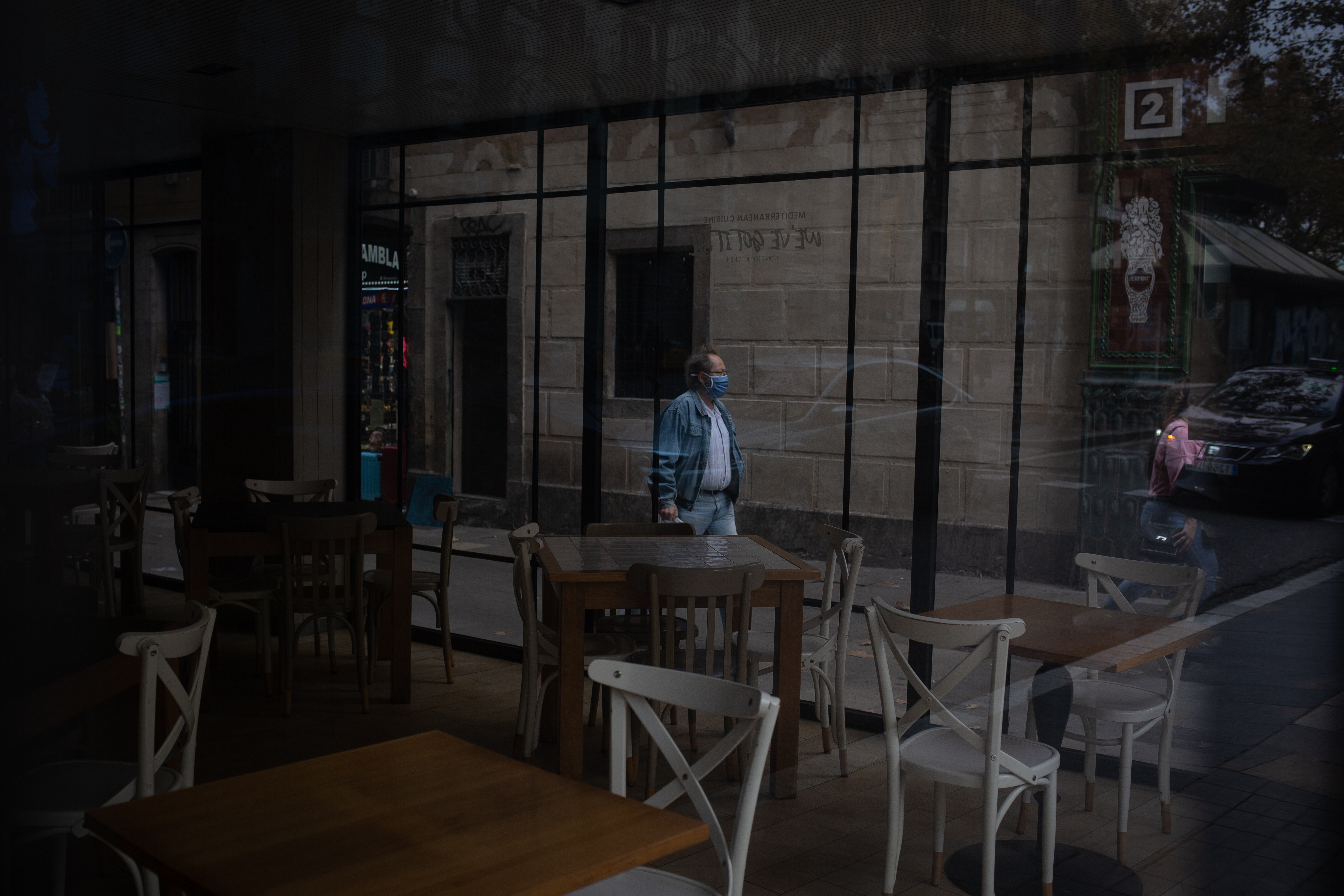 The Generalitat has revealed numerous deficiencies in the management of the second wave of the pandemic, with a divided Government that seems more pending to take advantage of the February 14 elections than of the fight against the covid. Since the Catalan administration took over the health crisis, there have been various public disagreements between departments governed by Junts per Catalunya and the Health Department, in the hands of Esquerra, in the management of aid to the self-employed or on account of relaxing the measures so that They can reopen the restaurant or culture sector as soon as possible.

Quim Torra attacked the Spanish Executive in the first wave of the pandemic and insistently demanded the transfer of all powers to fight the virus more effectively. After the de-escalation, the autonomies assumed management and in the case of Catalonia, no improvement has been observed compared to the spring. During these months the Government has not applied the economic measures that it so insistently demanded from Pedro Sánchez to help the most affected sectors, with direct aid for the self-employed or other groups, despite having 891 million euros of financial surplus for budget execution at the end of September, which could have been used to fight the covid.

“It is not bad faith, it is incompetence,” said Eva Granados, spokesperson for the PSC, when she denounced the existence of this remnant, while the Department of Economy defended this saving of treasury to face the winter and the reappearance of the pandemic . The PSC accounts are different and it is recalled that the Generalitat will receive 3,225 million euros this year from the Covid Fund that will be transferred by the Spanish Government, to which must be added another 420 million for expanding the flexibility of the deficit target.

The most notorious fiasco in the management of the Generalitat in this second wave occurred last day 9, when the portal enabled to help the affected self-employed with 2,000 euros collapsed, upon receiving a demand for 400,000 visits. Hours later, the collapse was repeated. Finally, in less than three hours the aid was exhausted, from which only 10,000 self-employed persons benefited.

The episode served as an excuse for the partners of the Government to blame each other. Thus, the Department of Digital Policies headed by Jordi Puigneró (from Junts per Catalunya) blamed the Labor Department, in the hands of Chakir el Homrani (from Esquerra), for considering that the design of the web was not the appropriate and grant aid as requested. Work, for its part, denied that they were warned of the collapse and defended the criteria used.

Homrani is surely the most controversial advisor in relation to the pandemic. On October 27, he assured in an interview that teleworking was mandatory in Catalonia, when in reality there is no legislation in that regard. Hours later, he was corrected by the Minister of the Presidency and spokesperson for the Government, Meritxell Budó, who reminded him that the latest resolution of the Generalitat considers teleworking “voluntary”. The counselor dismissed the two most important senior positions in his department on Monday, after the criticism received. Months before, on April 8 and at the height of the first wave, Quim Torra already publicly disavowed Homrani and withdrew the powers of nursing homes to transfer them to Alba Vergés, head of Health, also of ERC.

The Minister of Business and Knowledge, Ramon Tremosa (in the orbit of Junts) also addressed her when he demanded on October 23 that the bars and restaurants closed in Catalonia for more than a month be reopened to alleviate “the suffering , the great effort of the sector and the terrible losses ”. His request was dismissed by Salud.

The Minister of Culture, Àngels Ponsa (also from Junts) has been more restrained this weekend, although she has slipped that from next day 23 the cultural shows could be reopened, a measure that does not correspond to her department, but to the “health authority” invoked by the counselors, which is none other than the Department of Health.

Another of the reproaches made to the Generalitat from the opposition is the isolation suffered by schoolchildren confined to their homes due to cases of coronavirus, which have not been reached by computers or the Internet connection promised by Enseñanza, in the hands of ERC .

Beyond all that, the Government has been unable in these months to weave a transversal agreement with unions, businessmen and social agents to face the health and economic crisis like the one that, for example, Pedro Sánchez promoted yesterday. On the contrary, the discourse of independence continues to blame the Spanish Government. Thus, Marta Vilalta, Esquerra spokeswoman, yesterday accused the Executive of “washing their hands” and leaving “the people lying down,” reports Àngels Piñol.