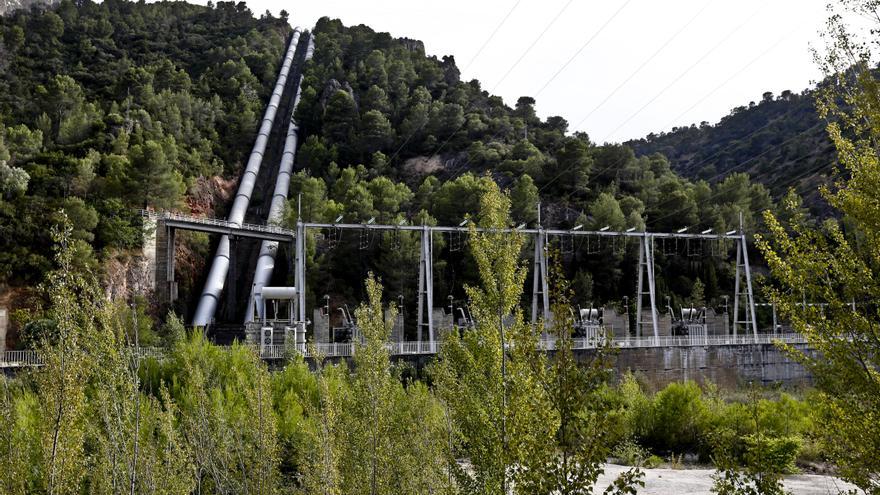 Since mid-September 2020, once the La Bujeda drain was completed, a series of works had been carried out on the reservoir aimed at repairing localized water leaks, first in the vicinity of the intake. Bolarque and, later, in the drive of the La Bujeda power plant. At the same time, research work has been planned and carried out to try to locate the existence of other undetected leaks on the surface and to define in greater detail the correction works to be carried out. The commission also realized the delay that could be caused by the effects of the storm Filomena in the completion of the repair works, which has been estimated at about three weeks.

The Bolarque reservoir, also affected by the works in Bujeda, is a reservoir located between Cuenca and Guadalajara. It is formed at the mouth of the Guadiela river, which comes from the Buendía reservoir, in the Tagus river, which comes from the de Entrepeñas. TIt has a maximum capacity of 31 hm³. It was inaugurated in 1910 as a hydroelectric power station together with the town of Salto de Bolarque. In addition, it is the place where the flow of water to the Tajo-Segura transfer starts, pumping water to a small bridge reservoir, the La Bujeda reservoir, which is practically a large reservoir of about 7 hm3 built on the heights of the mountains. from Altomira above Bolarque.

To raise the water from the Tagus River to it, two large steel pipes of more than three meters in diameter were built. DThese pipes span a distance of 1,070 meters long and 245 meters high, up to the top of the mountain range.

The reduction of 28% (24 hm3) of the water contributions of the Tajo-Segura transfer during the past year caused, for example, that the Commonwealth of Canales del Taibilla tIt would be necessary to increase the purchase of desalinated water by 75%, either at the Torrevieja plant (18 hm3) or at the Aguamarga own plants (61hm3), to guarantee urban abatement. In total, the Commonwealth used a total of 197 hm3. Of which 80 hm3 were desalinated water, 62 hm3 from the transfer, 155 hm3 from the Taibilla River. The Commonwealth supplies drinking water to 34 municipalities in the province that, at the moment, have not raised the water bill despite the fact that the price of the desired flow is more expensive. On the other hand, the Commonwealth plans to invest a total of 380 million euros in the next 10 years to reduce energy consumption, digitize the network and prevent water leaks in its pipes. The goal is to have reduced carbon emissions by 40% by 2030.

This year, it will also be very dry in terms of rainfall. The astronomical spring, which began last Saturday will be warmer and drier than normal after a winter that, despite the historical ‘Filomena’, has had a warm, humid character and, above all, has been marked by contrasts because Cold was joined, for example, that Alicante registered 29.5 degrees in January, the historical maximum of Spain that month.