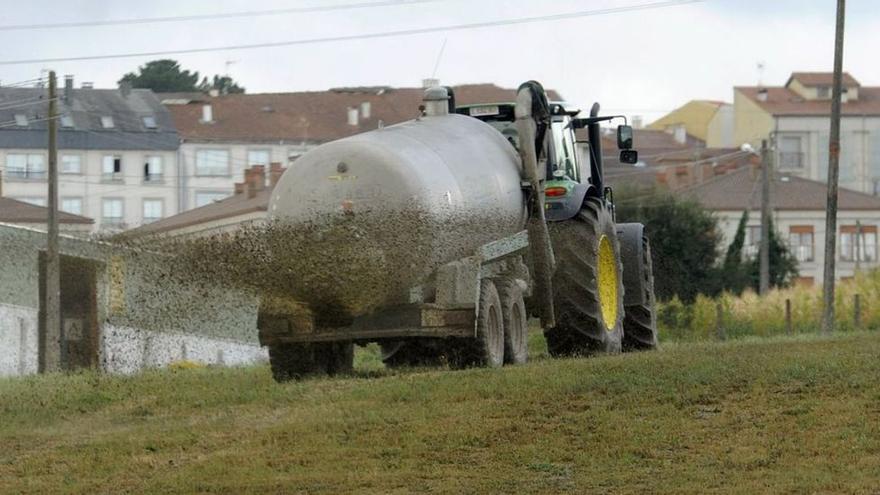 The central government has spent months preparing a royal decree that will revolutionize to a certain extent the way that ranchers and farmers have to exploit the land. The new rule, which is expected to be approved in the middle of next year, involves the introduction of important obligations on how to use the fertilizers, both of chemical and organic origin, with which if you intend decrease environmental impact of the application of fertilizer products.

Ranchers and farmers, among other requirements, will have to analyze the presence of nitrates on their land, choose one type or another of fertilizer and adjust the doses so as not to overload the land depending on the crop and keep an official record of these tasks. According to the agrarian unions and the Xunta, these obligations increase management complexity, bureaucracy and farm costs in no time, as the current one in the primary sector is experiencing a difficult situation due to the rise in prices of energy, feed and fertilizers themselves, which lead farmers, above all, to have to sell milk below cost.

The royal decree on sustainable nutrition, as it is called, requires, among other aspects, to carry out analyzes of the different plots to determine the nitrogen level – for which it will be necessary to go to certified laboratories -, to make a “balance” of inputs and Nitrogen outputs in each farm, adjust the fertilizer doses so as not to exceed the authorized limits and even analyze the composition of the manure. And all this has to be recorded in a register, as well as have a subscriber plan for each production unit.

The text of the royal decree has been the subject of numerous allegations and in fact has already undergone several revisions. Its content is still being discussed between the Ministry of Agriculture and the autonomous communities.

The Xunta sent its allegations months ago and a couple of weeks ago it sent new ones.

This analysis, if there are no maps or provincial records, should be done every five years in irrigated land and ten in dry land and it must collect the Ph or the content of nitrogen, phosphorus, potassium and organic matter in the first 30 centimeters of soil, in addition to determining the presence of heavy metals such as cadmium, lead or mercury.

The Xunta also wants to change that this requirement to carry out the analyzes affects the soils of all the plots. “This expression is not appropriate because can force hundreds of analyzes to be performed on a single farm with a large number of small parcels ”, argues Medio Rural, which proposes to use other larger unit measures to relax the obligation.

In fact, it has already been achieved, with respect to the first drafts, expand the minimum cultivation area from which it is necessary to develop a subscriber plan. Currently, in Spain there are very few farmers and ranchers who carry out nitrogen balances and fertilizer plans.

Various agrarian unions have demanded a thorough revision of the royal decree given “the serious damage it would cause to farmers and ranchers.” They argue that the new obligations greatly increase farm management tasks, increase costs and bureaucracy and this would precisely lead to discourage the bioeconomy in agriculture. “It is important to advance in the sustainable management of the soil and the use of fertilizers, but not at the cost of the loss of economic viability or the disproportionate increase in complexity in the management of farms, which will produce more harm than good”, the unions complain.