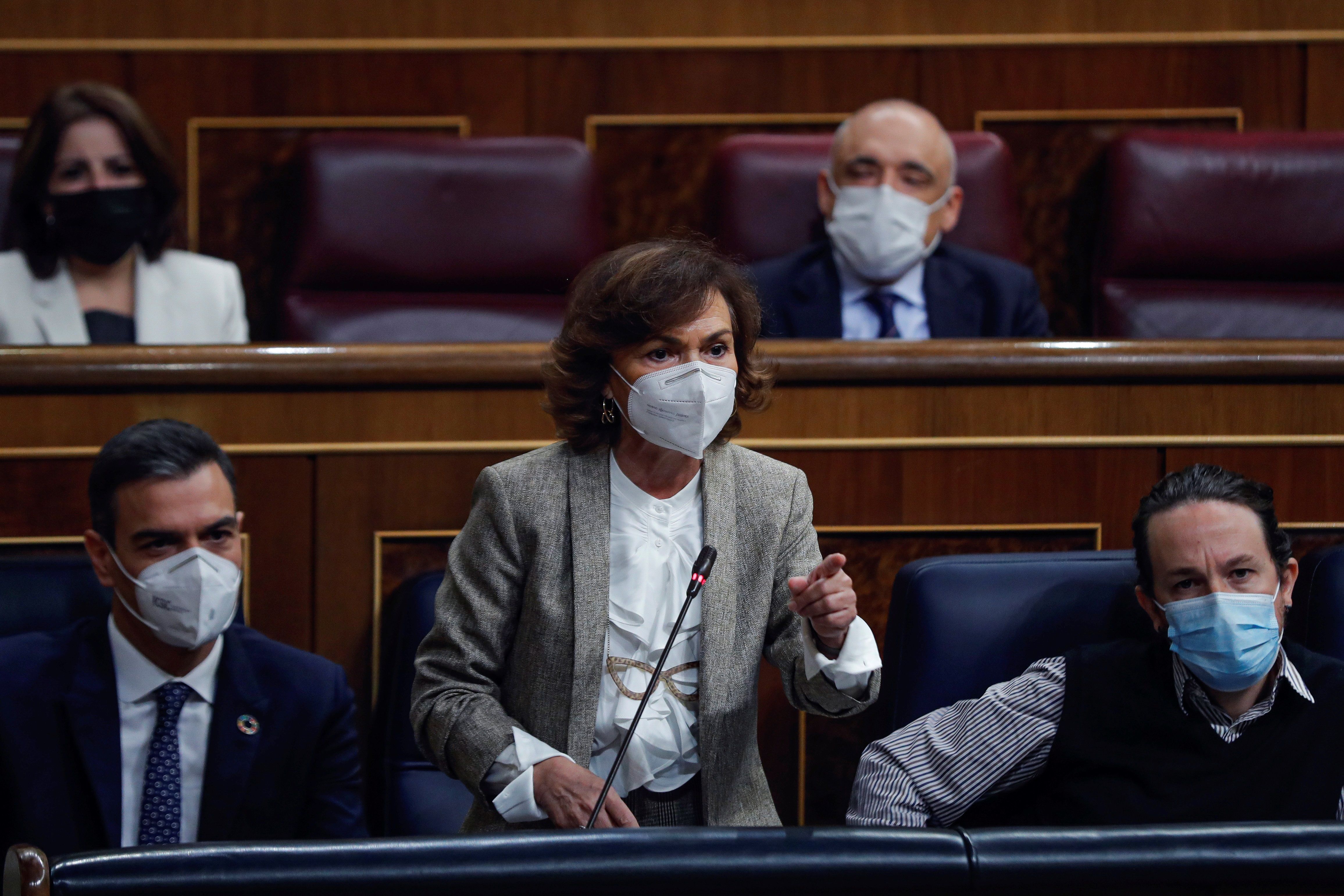 Almost all the great protagonists of Spanish politics see it clearly. In these weeks, not only are the first Budgets since 2018 being negotiated, those that will mark the recovery from the covid-19 crisis. The power board is being reconfigured for the next few years. Each of the actors – from the PNV to the PP through the PSOE, United We Can, Ciudadanos, ERC, Bildu or even Vox – plays their cards very hard in these weeks because they have all assumed that the legislature is going for a long time and that you have to prepare for a long-distance race. And in this context, the PSOE and United We Can, the two main protagonists of the Executive, are experiencing an increasingly tense pulse to readjust the internal power in the coalition.

This week, the PSOE exploded after the anti-eviction amendment that Pablo Iglesias’ group presented with ERC and Bildu against the Budgets that it has agreed with the Socialists. They speak openly of disloyalty. Those of Iglesias minimize the crisis, they say that everything was discussed, that evictions are a key issue for them and that the blood will not reach the river. But the socialists this time convey a deep malaise. Now everything is focused on getting the Budgets. It is the top priority. This is no time for fighting. But when they are approved, at the end of the year, there will be a serious discussion within the coalition.

United We can then have less negotiating power. Still, your votes will still be essential to pass any major initiative. The PSOE does not have a seat left over, as has been demonstrated in the educational law, which was passed by the hair. He needed 176 and had 177. “We have 120 seats and only in the Education law there were 1,200 amendments. Either we agree with several or we cannot do anything ”, sums up a socialist.

The numbers are clear. PSOE and United We Can are condemned to get involved. Nobody seriously thinks about a break that does not suit either of them, but there are more and more leaders talking about reordering the functioning of the coalition. Those of the PSOE propose that United We can accept that it is a government party and stop trying to differentiate itself. Those of Iglesias demand that the Socialists keep them informed of key decisions and not on the sidelines, as happens with many of the most sensitive issues. But from the two sectors, for different reasons, they coincide in a message: “This is not how we can continue.”

It all started in August. In the toughest Council of Ministers that the unprecedented coalition government has experienced, Pablo Iglesias and his ministers reproached the president, Pedro Sánchez, who had learned from the press that King Juan Carlos was leaving Spain. Sánchez insisted that this was something that he had personally managed with the Casa del Rey as president. The date was very tense. And very sincere. The agreement that came out is that Sánchez and the hard core of the Government, especially Carmen Calvo and María Jesús Montero, through whom almost all decisions pass, would inform their partners more. In return, they demanded loyalty and prudence.

However, the pact did not work. The ministers of Unidas Podemos are still out of the main controversial decisions – it is enough to mention the migration crisis in the Canary Islands, with five ministries involved, none of them from Unidos Podemos – and the socialists continue to accuse their partners of disloyalty every time there is a background difference.

In August, with surveys in hand and the poor results in the Galician and Basque elections in July, Iglesias made a relevant substantive decision, which is marking everything. He assumed that he needed to differentiate himself in the most sensitive decisions so that the profile of a group like United We could be clearly seen, which in many matters clashes with the PSOE. “The underlying problem is that Unidos Podemos has not done well electorally being in the Government, contrary to what they thought. They don’t sink, but they don’t have good data. And that’s why these sparks will continue. Because it is not accidental. It is a strategic decision for Iglesias, ”says a socialist minister.

In Unidos Podemos they see it in a very different way. They believe that the problem is with the PSOE because it allows that, on sensitive issues for the left, such as evictions, the toughest positions guided by the economic vice president, Nadia Calviño, are imposed. And when United We can put the focus there, everything squeaks, they point out. “What happens to the PSOE is that it knows that its electorate is more in agreement with our proposals on issues such as evictions, rents, immigration or labor reform. And that’s why they call us disloyal, because they want to talk about the forms and not the substance. With Calviño’s political positions, the PSOE would not get a single vote. And it bothers them to have a group that is always reminding them that politics can be done in another way, more progressive, “they reply from UP.

Apart from the specific skirmishes, to which many in the Executive are beginning to get used to – “the sexual violence law was much worse, that was a civil war, this is softer,” says a socialist. fund by the direction of the Government.

Sánchez and his team want to go to more open positions, which can serve to agree at the same time with the PNV, with Citizens, and also to negotiate in Brussels, to which Calviño always appeals as the definitive authority, for example, not to address now the labor reform.

Iglesias is very clear, on the contrary, that there is a real possibility of orienting the Government to the left with a pact with ERC, Bildu, Más País and Compromís – which together add up to exactly the 21 seats that the coalition needs for an absolute majority. But the PSOE does not even consider this option.

Not only the socialists play to prevent this movement of churches.

Iglesias is getting closer to winning his key pulse, because in La Moncloa they are already beginning to assume that Cs will not be in the final budget pact – although they continue to try – but he has not been able to guide the definitive turn towards a left majority with ERC and Bildu. The PNV is still a lot of the PNV and the PSOE also marks its course. The Budgets are oriented little by little towards the majority of the investiture. When they are approved, the coalition will have a complicated conversation pending