The decision of the Government to agree to allow the leader of the Polisario Front, Brahim Gali, to enter Spain to treat a serious condition of the covid, which triggered a serious diplomatic crisis with Morocco and has led to the indictment of the former Minister of Foreign Affairs Arancha González Laya, was a forced decision. In other words, the Government could not do otherwise, it could not refuse to accept it. And that’s because Gali is legally a Spanish citizen.

In the proceedings instructed by the Court of Instruction Number 7 of Zaragoza, which is investigating the entry into Spain of the Saharawi leader, there is the file granting Gali Spanish nationality. On December 10, 2004, the judge in charge of the civil registry of Valencia issued an order ordering the registration of the “Spanish nationality of origin with the value of mere presumption” (son of foreigners born in Spain) of “Gali Sidi- Mustafa Abdelyelil, known as Gali Sidi-Mustafa Sidi-Mohamed ”, born in Smara (Spanish Sahara) on August 16, 1948.

Nationality was granted in application of article 18 of the Civil Code, which allows those who have exercised it for 10 years to consolidate it. The judge considered that Gali did not have the opportunity to avail himself of the decree that, in August 1976, gave the inhabitants of the former colony a period of only one year to opt for Spanish nationality, since he resided in the Sahara. Already a Spanish citizen, Gali obtained in 2006 a DNI that he renewed in 2016 and which is in force.

Agustín Ruiz Robledo and Diego López Garrido, professors of Constitutional Law at the universities of Granada and Castilla-La Mancha, respectively, have no doubt that, as they are a Spanish citizen, the Government could not deny them entry in any case and even less in a situation in which his life was in danger. Article 19 of the Constitution is unequivocal: “Spaniards have the right to freely enter and leave Spain under the terms established by law. This right may not be limited for political or ideological reasons ”. Spanish legislation does not contemplate the penalty of exile.

Another issue is that “the terms that the law” establishes for crossing the border were met. The attorneys for the prosecution, Antonio Urdiales and Juan Carlos Navarro, maintain that the requirements set by the Schengen code (the European space without borders) were breached, since he did not submit to passport control and was registered with false documentation in the hospital of Logroño where he was treated. The state attorney maintains that the Schengen regulation allows exceptions and that the identity with which she was registered in the hospital is not the responsibility of the Spanish authorities.

Gali never wielded his status as a Spanish citizen – perhaps because he arrived intubated and in a very serious condition or because of his status as president of the Sahrawi Arab Democratic Republic (SADR) – and the former chief of the Cabinet of González Laya, Camilo Villarino, who declared as a defendant , he claimed to ignore her. The diplomat gave the judge a photocopy of Gali’s Algerian passport in which he appears as Brahim Galhi Mustapha, born in Oran (Algeria) on August 18, 1949, leading the accusations to question its authenticity.

Asked in New York, where the UN General Assembly attends, President Pedro Sánchez defended on Wednesday the management of the Gali case. “The government did what it should, which was to respond to a humanitarian request, and it did it as it should, according to the law,” he declared. Sánchez did not answer the question of whether he made the final decision. 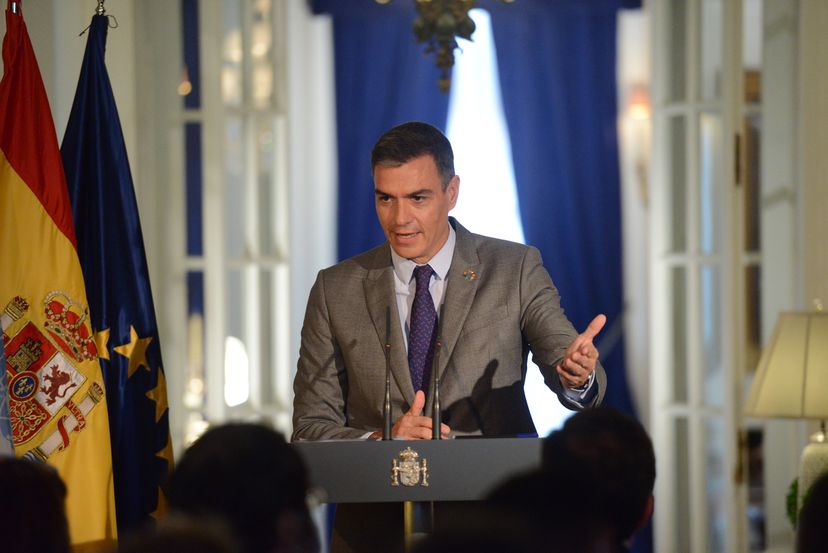 For her part, the Minister of Defense, Margarita Robles, attributed the decision to host the Polisario leader to the Foreign Ministry. After being convinced that said department, “as it always does, it will have acted in accordance with the law,” she added: “The only thing I can tell you is that the decisions of the ministries are made only and exclusively by the ministries that intervene in them. and, of course, neither the Ministry of Defense nor this minister ever intervenes or has an opinion on actions that do not correspond to them ”.

In the ruling in which he cites González Laya as being investigated, for which there is still no date, Judge Rafael Lasala asks to be informed if any of the 26 countries of the Schengen area had given an alert of arrest or location of Brahim Gali with the objective of having you appear before a judge or be notified of a criminal decision.