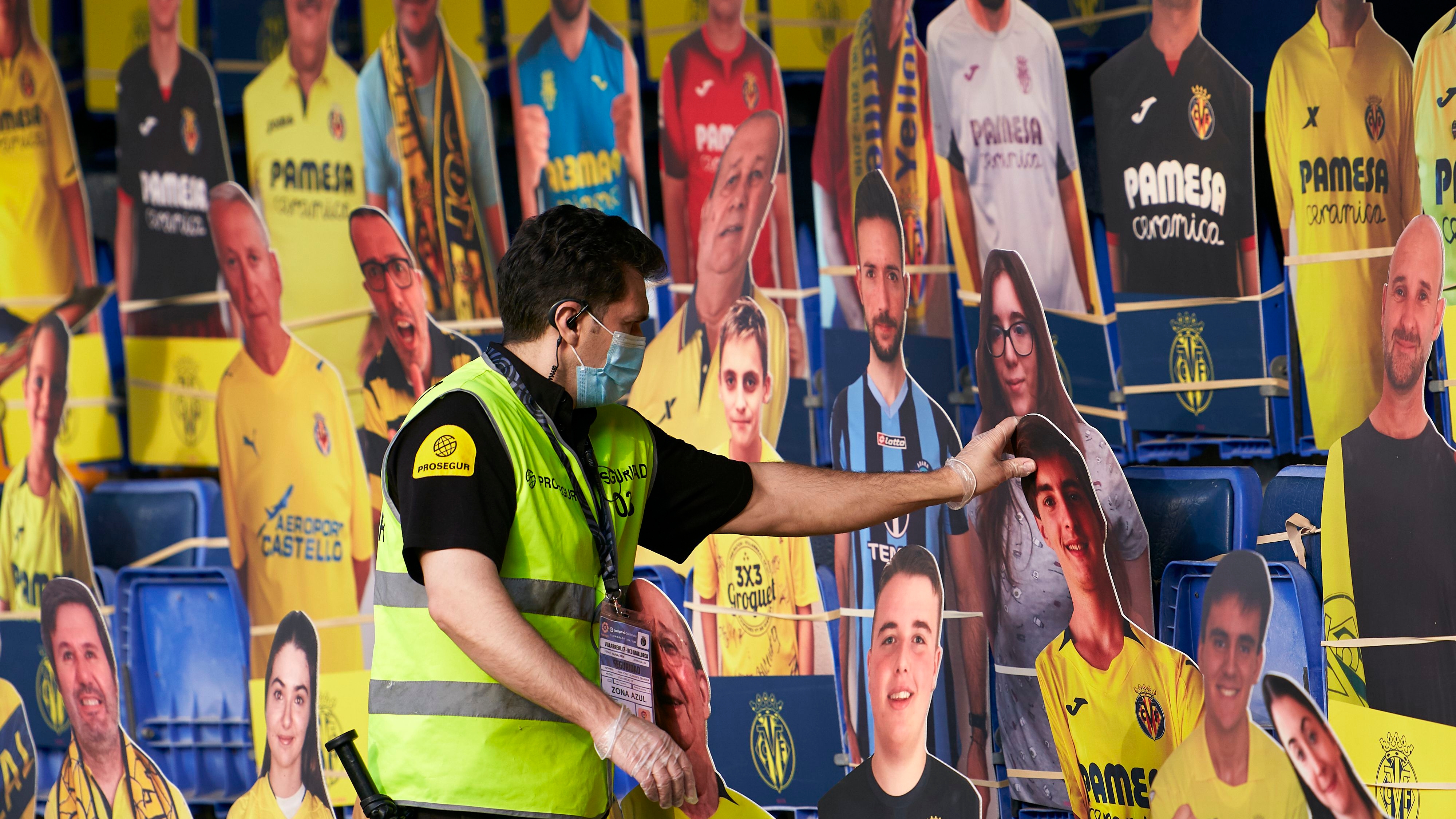 The Minister of Health, Carolina Darias, said this Wednesday that “it is not appropriate, it is not appropriate and it is not convenient” for the final of the Copa del Rey on April 3 in Seville between Real Sociedad and Athletic to be held with the public, as the Spanish federation had planned to study this Thursday, together with the clubs, the Superior Sports Council (CSD) and the Junta de Andalucía, which is the one who has the powers over this competition.

Darias explained that the Government will try to persuade those involved that “this is not the time”: “This sporting event, although it represents a lower percentage of the capacity, we are talking about more than 10,000 people. They will understand that given the situation that we find ourselves epidemiologically, it is not possible. This minister is going to work trying to seek consensus intensely so that this attendance of the public does not take place. It’s not the moment. We still have to overcome this epidemiological situation, wait for the vaccines to take effect, and I want to reiterate that it is not possible ”.

The debate on the return of the public to the stadiums had been reactivated a few hours before by the president of LaLiga, Javier Tebas: “We hope that in the third week of April we can begin to have a percentage in the stadiums,” he said. “If the circumstances arise, yes. We are already prepared. We would have been there for months, but there are circumstances that we cannot control ”.

Before that third week of April arrives, there are two pending Copa del Rey finals on the calendar: 2020 (Real Sociedad-Athletic, on April 3) and 2021 (Athletic-Barcelona, ​​on April 17). April), both at the La Cartuja stadium in Seville.

The poor evolution of the pandemic data as of the autumn was delaying the expectation of the soon return of the public in the League, which had even led Real Madrid last summer to reinstall the grass at the Santiago Bernabéu under construction, for if he came back before the end of the year. But already in February, after the third wave driven by Christmas, he raised it again.

However, the improvement in the data for these weeks, which has placed the accumulated incidence in Spain below 150 cases per 100,000 inhabitants, led Thebes to express this Wednesday intentions that it has been talking about in recent weeks with the CSD, which retains the competence to allow or prohibit the public in national professional competitions, LaLiga and the ACB. Sources of the body chaired by Irene Lozano, however, insist on pointing out that for now the priority remains to control that Easter does not trigger a fourth wave, and then review the evolution of the data to make a decision.

Shortly after the demonstrations in Thebes, the Royal Spanish Football Federation (RFEF), chaired by Luis Rubiales, summoned the clubs participating in the two pending Cup finals, the CSD and the Junta for this Thursday at 4:00 p.m. of Andalusia to deal with aspects related to the organization of these meetings, in particular the presence of the public. Since last year’s final between Basque clubs was postponed, Rubiales has always stated that his intention was for it to be played with the public, and that remains his intention, while also insisting that health safety must prevail.

In any case, the Basque Government spokesman, Bingen Zupiria, had already shown himself this Wednesday morning against admitting spectators to the Real Sociedad-Athletic final, scheduled on a date on which travel between autonomous communities will be prohibited. : “It does not seem the best time to invite the public to attend a football match when we are asking people not to crowd together and not meet at home with family units that do not live together regularly, and we are asking the population to extreme protection measures ”.

The Basque Government has another important decision pending for the future of the Eurocopa matches scheduled in Bilbao, over which it has health powers. UEFA wants to know before April 7 if it will allow spectators in June. According to sources familiar with the conversations with the central government, the Basque executive is inclined to allow it, but is also pending on the evolution of the data. UEFA plans to bring Eurocup matches that cannot be held with the public in their original location to other countries.