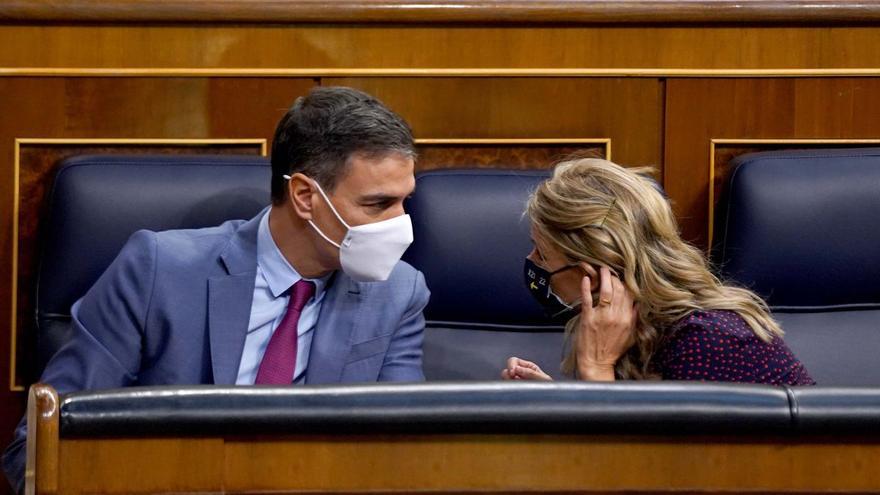 The main lines of the reform seek to reconvert the current SEPE (State Public Employment Service) in what will be the Spanish Employment Agency, a body with greater autonomy, a larger budget and open to a greater role for private agencies in the tasks of prospecting for job offers, as contained in the latest draft to which it has had access El Periódico de Catalunya. The text that they have outlined since Ministry of Labor, and consulted with autonomies and social agents, is in the final phase, with the anticipation that the Minister council approve it soon. It could be this very Tuesday.

The reform proposed by Labor is based on measures such as the creation of a state digital platform “that works as a ‘job marketplace’ that connects all job seekers with all offers nationwide both public What private”, It is stated in the explanatory memorandum of the draft. This kind of public ‘infojobs’ should include all state, regional and local job offers, as well as those from private placement agencies and collaborating entities. These are the five pillars of what the draft calls the new “Integrated Public Information System of Employment Services”.

The draft bill seeks to lay the foundations for a reconversion of the active employment policies in Spain. That is: all those initiatives financed with public resources that aim to help unemployed people to find a job or those who want to change their occupation. In a country with a unemployment rate currently from 14,5%, this is one of the reforms committed to the European Commission by the Government of Spain within the framework of receipt of the European funds. Predictably this Tuesday the Council of Ministers will launch the legislative machinery, so that it will then become a bill and is processed in Congress to be approved during 2022.

One of the great novelties of the text is the establishment of a “common portfolio of services”For all users of guidance, intermediation, training and employment counseling services. This portfolio will be offered both by the State (through the Spanish Employment Agency) and by regional and local employment services, private placement agencies and collaborating entities.

The draft introduces the figure of the tutor, a professional of reference for the unemployed person, who will accompany them on a pre-designed training route, with the ultimate aim of finding a new job and will inform them of the available offers. The new Spanish Employment Agency, always according to the latest draft, will establish a maximum ratio of tutors by unemployed in order to guarantee a basic charter of services and rights for all citizens and which will be common in all autonomous communities. This figure aims to emulate the Nordic models, where users of public employment services have a reference counselor.

And to make that transformation viable, more money will be needed. “The recognition of guaranteed services in this area requires a thorough review of the financial framework, so that the Law does not become a mere declaration of will“It is stated in the explanatory memorandum of the draft. The new model will account for all sources of financing that can be used for active employment policies, not only those coming from the budgets of territorial administrations, but also social contributions and European funds.

The draft of the employment law raises an increase in the rights for the unemployed, according to which and in return, they must assume responsibilities. Training is a sine qua non condition in the vast majority of job placement programs and, preserving current legislation, neglect of these obligations can lead to misconduct, the most serious offense being the reason for the withdrawal of unemployment benefits.

The drafting of the preliminary draft places great emphasis on geographical mobility, to match the employment needs of some regions with the unemployed profiles that may exist in others. Along these lines, any person may apply for a public aid program for the employment of any autonomy. With exceptions, as is the case of rural programs or “without prejudice to the requirements of knowledge of the language of an autonomous community.”