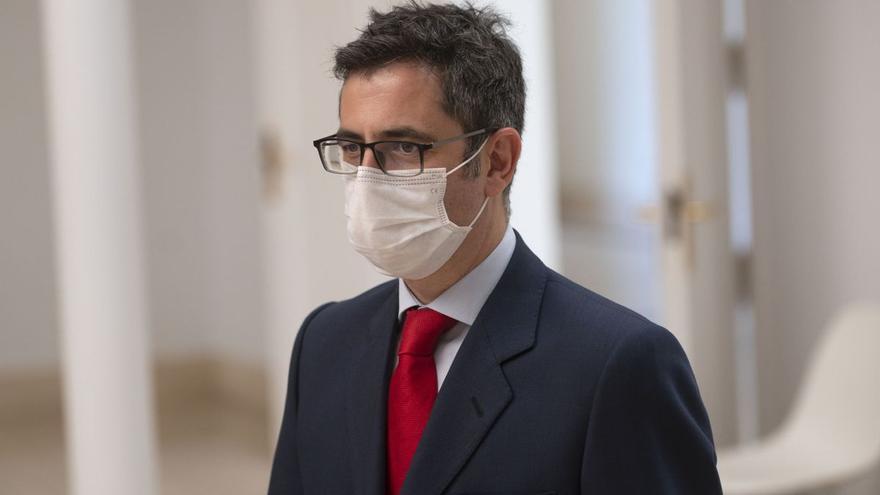 Bolaños called the entire opposition at the end of the afternoon and spoke “practically all,” according to what he said in an interview with the SER. With this round of informational calls, the Executive involves the opposition in the evacuation operation, making it impossible for the parties to be alien.

With Unidos-Podemos, the government partner, the implication has been even greater: at the meeting of the inter-ministerial team chaired by Pedro Sánchez this Thursday the Second Vice President and Minister of Labor was invited, Yolanda Diaz, despite the fact that the morados do not have any of the powers of the Executive – Foreign, Defense, Interior and Migration – involved in the rescue operation.

The purpose of Bolaños’ round of calls to the spokesmen was “to keep them informed of the operation deployed and the status of the actions that have been carried out, those that are activated at this time and those that will continue to take place,” they said at the end. of the day sources of the Ministry of the Presidency.

And those performances have to do with a contingent of desperate people. For the seventh day since the Taliban began to surround Kabul, about 2,500 Afghan citizens await evacuation at the airport in the capital of Afghanistan or trying to reach their hangars and runways, the only space that remains free of fundamentalists in the entire country.

Those 2,500 are men and women from the country’s intellectual elite, who served different armies and embassies in the fight on the ground against jihadist terrorism and in building a non-Taliban government. and that they have their name inscribed on a western list. As intelligence experts have endorsed in a confidential report for the UN, in many cases in Afghanistan today living or dying depends on being on one of those salvation lists.

Three hundred of those evacuables collaborated with the European Union, as revealed by its high representative for foreign policy, Josep Borrell this Thursday in the European Parliament. The EU has so far only managed to get 106 out of Afghanistan.

Near half a thousand make up the maximum goal of the ‘Spain list’, the total number of which has not been reported by Bolaños nor by any of his colleagues on the interministerial team: Jose Manuel Albares, Margaret Robles, Fernando Grande-Marlaska and José Luis Escrivá.

The capacity of the acclimatization camp that the Air Force has built next to the tracks of the Torrejón air base can give an idea of ​​the Spanish aspirations: from 600 to 800 people, depending on their needs.

Arrival of the first evacuees from Afghanistan to the Torrejón base. Jose Luis Roca

“The Government does not give any figure because no number is now realistic,” military sources tell EL PERIÓDICO, a newspaper belonging to the same communication group as this medium. This Thursday the first 48 collaborators and their families arrived at the Torrejón base on a Spanish flight, the second from Kabul that landed. Twelve travelers requested asylum in this country.

Not all the people who have helped Spain in 20 years, from the Enduring Freedom mission to Operation Decisive Support, run the same risk of fundamentalist revenge, consider these military sources, with experience in the Afghan theater of operations. The maintenance, cleaning or restoration workers of the Spanish bases in Herat and Qala-e-Naw They are not in the Taliban’s focus as much as, above all, the translators who accompanied senior officials to meetings with local leaders. “The greatest threat” weighs on them, say these sources.

Contacting former collaborators by telephone is becoming increasingly difficult for Defense and Foreign technicians. Especially those based in the provinces of Herat and Badghis, territory entrusted by the international coalition to the Spanish Army. Three months ago, when the embassy began to insist to the few members of the Spanish colony in the country that they had to leave there, “an operation to extract people could still have been possible” in those provinces, military sources say. consulted. “Now it is impossible”, they conclude.

Free access to Kabul airport no longer existed last Sunday, when the Taliban closed with a checkpoint the city road that, bordering the Turkish embassy, ​​leads to the runways.

The popular parliamentary spokesperson Cuca gamarra It has been acknowledged, and expressed this Thursday on social networks its dissatisfaction with “the lack of sufficient communication with the opposition so far.” And Bolaños answered on the radio: “It is difficult for me to have not the slightest difference between the Government and the Opposition. “

Four Air Force aircraft, a dozen military health personnel, 50 soldiers from the Air Deployment Support Squadron and from an Army Civil-Military Cooperation battalion, and 17 members of the Special Operations Group and Police Intervention Units They form the Spanish deployment, in charge of the custody of the ambassador, Gabriel Ferrán, his assistants and his list of desperate people.