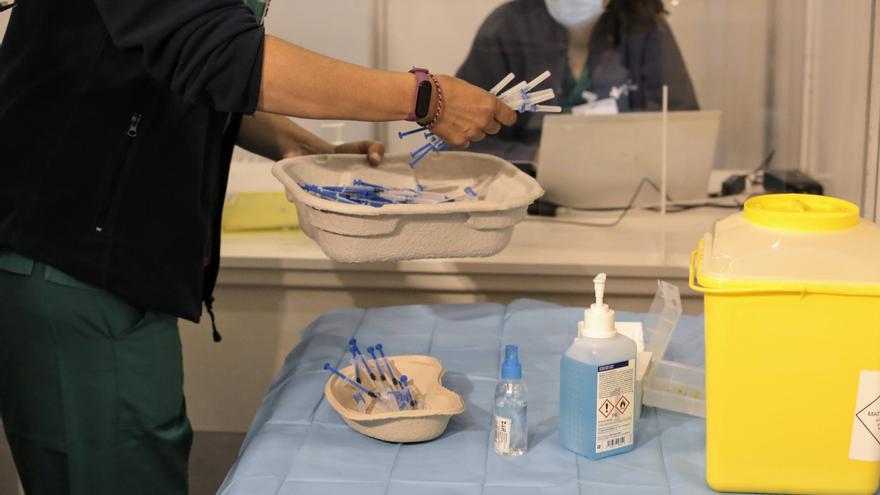 The Government spokeswoman, María Jesús Montero, warned this Tuesday that people who have completed the vaccination schedule against covid can still transmit the virus, something with which be “careful” when considering a relaxation of mobility measures for this group.

The spokesperson has expressed this way in the press conference after the Council of Ministers when asked about the approach of communities such as Andalusia, which she has asked to address in a Conference of Presidents that people with the two doses of the vaccine can regain their mobility with certificates such as the QR code.

The Executive spokeswoman has stressed that in matters like this, consensus is “very important” and they will have to be the experts of the Public Health Commission and the Interterritorial Council of the National Health System those who review or rethink these issues.

“Yes I want to point out that, that even if people are immunized, who have received double administration of the vaccine, they can carry the virus, and, therefore, mobility must always be quite circumscribed and quite thinking not only of the one who moves but also of those who receive those who move, “Montero has warned.

For this reason, he stressed that the measures always have to take these issues into account, although the Interterritorial reviews any initiative that the communities have. “But be careful,” he asserted, “because those immunized can also transmit the virus. “

Montero has also ruled on the government’s position on the possibility of extending the separation interval for the second doses of coronavirus vaccines for those under 79 years old, in order to inoculate the serum as soon as possible to the largest number of vulnerable people.

The spokesperson for the Executive has stressed that any technical decision in relation to the administration of the vaccines must be referred to the meetings of the experts, but has indicated that “Today, the position of the Ministry of Health is compliance with the technical sheet” of each serum, unless the Interterritorial or the Public Health Commission may propose something different.

A matter that “at this time, as far as I know, it is not on the agenda to be able to change it, although it can always be the initiative of an autonomous community to raise an issue for debate, “he specified.

On the other hand, Montero has indicated that the Government is awaiting what the European Medicines Agency (EMA) decides to start distributing the Janssen serum to the extent that this body pronounces itself.

However, it has indicated that the fact that the pharmaceutical company Pfizer has activated a new purchase option of 100 million doses offers “a sufficient margin” to reach the objective that 70% of the population in Spain is vaccinated in August.

At the press conference, the spokesperson was also asked about the words of the Madrid president, Isabel Díaz Ayuso, who assured that the Government of Spain creates “first and second class citizens; those of second class, the supported subsidized ones that they create , like the tails of hunger, so that people depend on them. “

Montero has indicated in this regard that Ayuso “disqualifies itself” and that the Government is disqualified “Absolutely those kinds of comments.”

“Any other political consideration on the issues that have to do with the president’s own statements have been obvious from this month, because the electoral campaign has started“, it is finished.