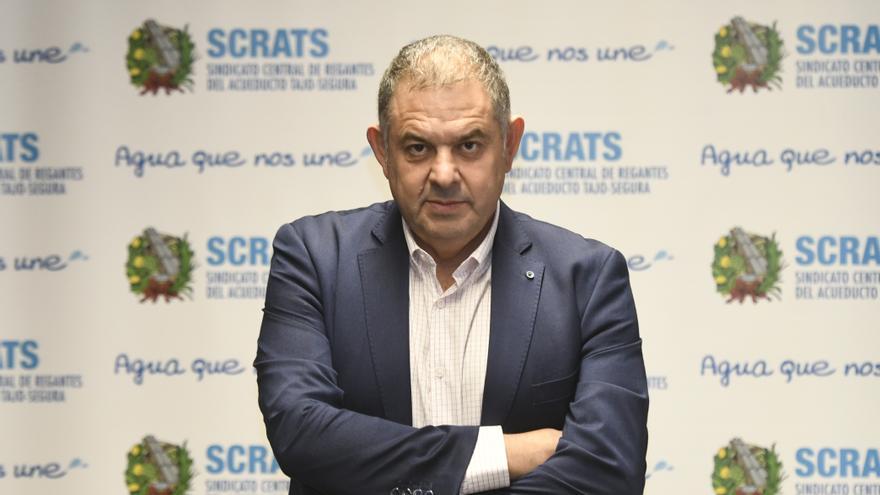 The INFORMATION Club will host an event tomorrow, which will be broadcast online, to pay tribute to the figure of Manuel Lorenzo Pardo, the promoter of the I National Plan of Hydraulic Works (1933) of Spain, the project that for the first time contemplated that natural resources have to be channeled for the benefit of all citizens.

– What do you think that Lorenzo Pardo could move forward, in the convulsive 30s of the Republic, the idea of ​​sending water from the Tagus to Alicante and Murcia and now the natural heirs of the Republic try to put a damper on the transfer?

Well there are many socialists, especially in our provinces, who defend the idea of ​​transfers and the imperative need for the Tajo-Segura, I think it is unanimous among all of them. I think that beyond ideology, the idea of ​​the need for solidarity support in another basin, which involves the Transfer, it is inoculated in all the citizens of the Levant.

– Can the change in the exploitation rule for the transfer and the increase in the ecological flow of the Tagus lead to the closure of the aqueduct in the medium term?

First of all, explain that in some stretches of the Tagus River there are no fixed ecological flows, but rather minimum legal flows. The Government of the Nation has to set ecological flows for these sections, no one denies it because this is required by Law, and it has to do so in the hydrological planning process currently underway. These ecological flows do not have to be higher than the currently established minimum flows. However, the Government of the Nation, through the Tagus Hydrographic Confederation, proposes to do so well above the currently regulated volume. And it pretends to do turning his back a: what the Spanish planning principles and the Water Directive itself define and the effects of climate change itself.

Let’s start from a basic premise: hydrological planning and the European regulations itself, in accordance with logic, they force us to reconcile the good ecological status of the waters with the social and economic uses that are made of them.

Well, the planning of the Tagus proposes some ecological flows in some points, especially Aranjuez, which make the future sustainability of irrigation dependent exclusively on the Transfer unfeasible. In addition, the current legal minimum flows, in accordance with the provisions of hydrological planning, have resulted optimal to achieve the good ecological status of water bodies, at least in Aranjuez -the point supposedly most affected by the Transfer-. Therefore, from an environmental point of view, an increase above the current minimum flows is not justified. And at the same time, those existing legal flows have allowed social and economic development, with surplus water, in these regions of the country. Do not touch them, not to impose ecological flows above that volume is the being or not being of the Levantine irrigation.

– Desalination seems to be the future due to climate change, which will reduce rainfall. What do you think?

The Central Union of Irrigators began fundamental work to answer this question years ago. Signed a agreement with the UPCT circulated through his Chair Transfer and Sustainability – José Manuel Claver Valderas to study the effects that its use –in different scenarios- causes on crops and soils. Something that should have been studied well before the implementation of the desalination plants.

We believe that this study, which the Murcian IMIDA joined a while ago, will have conclusions in about a year that will tell us to what extent the premise of your question is feasible. Today all the resources, including desalination, are complementary to the surplus water from the transfer. There will indeed be, as a CEDEX study asserts, a less rainfall scenario and also lower flows in rivers – specifically an average reduction of five percent.

A five percent reduction in the Segura River is a blow infinitely greater than a similar decline in the Ebro or the Tajo. It is logical. We continue to believe in the goodness of the transfers, in their future route despite the lower rainfall. But first there will be a great pedagogical work ahead of consensus, because This is either the result of national consensus or it will not be.

– Do the water cuts endanger the powerful fruit and vegetable industry of Alicante, Murcia and Almería?

It is not possible to make an exact analysis of the degree of damage inflicted on agriculture -The size of the producer does not matter- or to the industry and commercialization affect the primary sector, if the Ministry carries out the planned cuts. I always say that Levantine irrigation is a productive piece in the form of a puzzle. As many pieces the puzzle has as resources it manages. If we eliminate the pieces of the transfer, which support the rest for many reasons – but basically for price and quality – the puzzle is endless.

Levantine irrigation is conformed for decades from need. Incardinating resources that in most of the country are not questioned –reuse of purification and desalination-. But they are resources that are always complemented by the transfer, improved or simply made viable – as is the case with desalination. Let’s not forget that Torrevieja desalination plant does not have pipelines, so it needs the help of the transfer to be, or at least to be, in the majority of the communities.