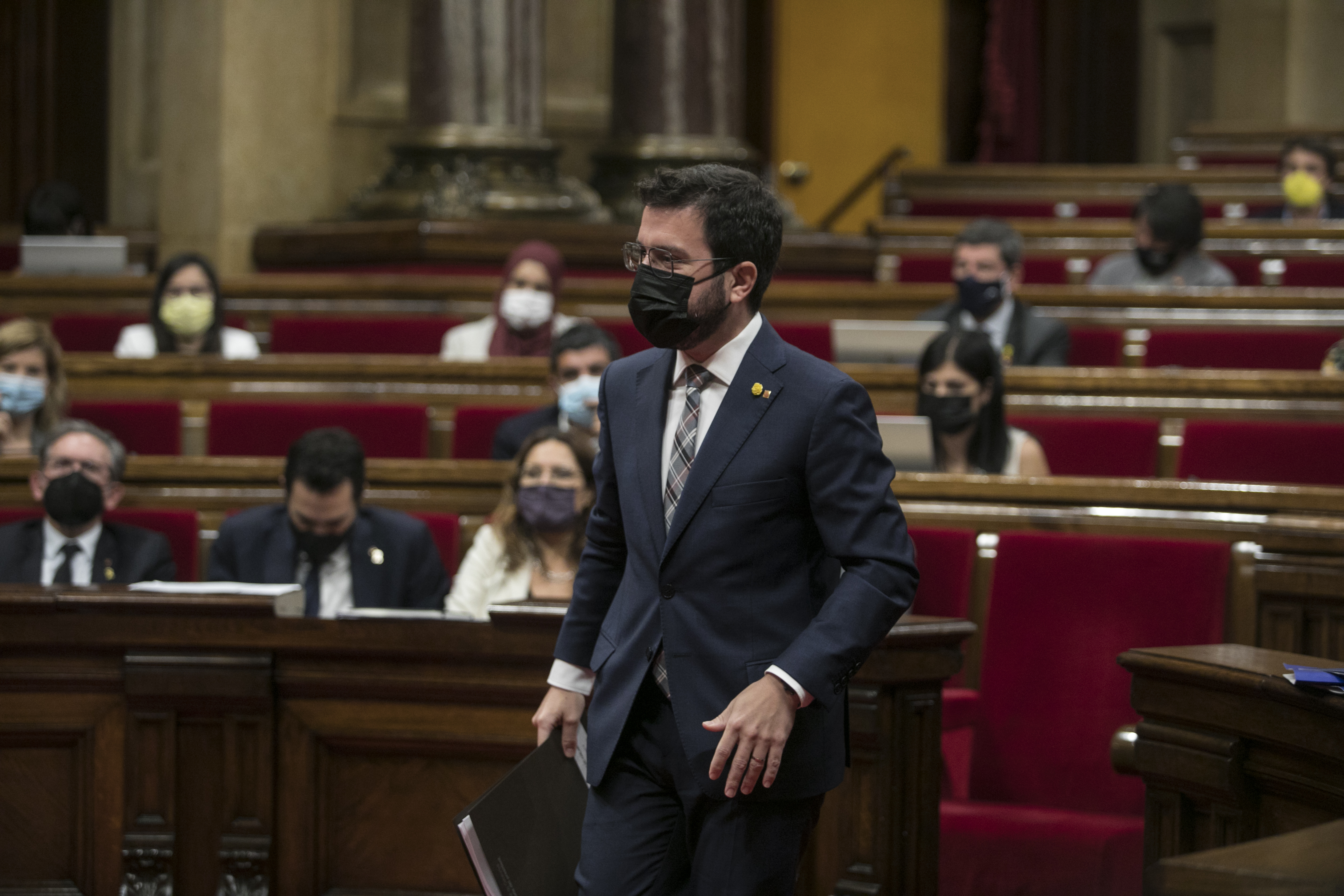 The Generalitat and the Government have established contacts to try to redirect the debate on the decree law with which the Catalan Administration intends to provide aid to 34 former high-ranking officials and officials involved in the accounting responsibility file for having unduly spent 5.4 million in the foreign promotion of process. The dialogue seeks to remove the possibility that the Executive is forced to file an appeal of unconstitutionality on said decree-law, which provides for the use of a guarantee to meet the requirement of the Court of Accounts that the investigated secure 5.4 million before the next day 21, according to the liquidation act that was delivered to them last week.

The Government is studying the content of the Catalan legislation and maintains important reservations, although it wants to avoid a clash with the Generalitat. The Catalan Administration, in turn, is aware of the reluctance of the Executive regarding the viability of the mechanism of a guarantee to ensure the payment of the possible accounting responsibilities of the aforementioned 34 former high-ranking officials and officials, including former presidents Carles Puigdemont and Artur Mas, former Vice President Oriol Junqueras and exconseller of Economy Andreu Mas-Colell. All of them presented on Wednesday before the Court of Accounts the corresponding appeals against the liquidation act, alleging that they are in a defenseless situation.

The dialogue undertaken by both governments is not intended to interfere in the work of the Court of Accounts, but to clear up any doubts that may exist about the constitutional fit of the mechanism devised by the Generalitat to defend its former high-ranking officials and officials. The Catalan Administration is counting on the PP and Vox to launch the resources at their disposal to cut off the aforementioned decree law. But the real risk for the entry into force of this regulation lies in an instrument that is not in the hands of the opposition, but of the Government. It is about the possibility of filing an appeal of unconstitutionality that includes the request that the Constitutional Court suspend the validity of the decree law, thus leaving the regulation of the guarantee and its presentation before the Court of Accounts to ensure the aforementioned 5 , 4 million euros claimed.

The “nuclear button” of the Government regarding appeals before the Constitutional Court is provided for in article 161.2 of the Basic Law, which establishes that “the challenge will produce the suspension of the provision or resolution appealed against.” It is, therefore, an automatic mechanism, which implies that the appeal, once admitted for processing, paralyzes the regulation in question for an initial period of five months, which can be successively extended for periods of the same duration if it had not been issued. judgment. None of these possibilities is opened by an appeal from the opposition.

The Government is pondering the decision and calmly studying the decree to see if it is obliged to appeal it, as some consulted sources believe, or can let it pass. The Executive has already been in this situation other times and, despite the discomfort that this arouses in the Generalitat, has decided to appeal, because not to do so if they see it illegal could imply a prevarication. This is what the Government explained to the independentists and United We Can, which supported it, when it appealed the Generalitat’s housing law on June 14, although it did not request its suspension.

The State Bar, the first vice presidency and the team closest to the president are studying the decree in depth. At first glance, according to executive sources, he has some important problems that could force him to appeal. Although La Moncloa insists that the decision has not been made. In fact, it is most likely that the deadlines – two months – will run out to decide whether or not to appeal to the Constitutional Court, with which there is time for a political negotiation that could soften the aspects that the Government sees as the most problematic. In principle, and in the absence of a more in-depth study, the Executive sees the problem that if the independence leaders whose embargo has been decreed by the Court of Auditors declare themselves insolvent, something that is otherwise feasible given the size of the fine, it would be the Generalitat the one that would have the economic damage and therefore would be solving with public money a conviction for embezzlement of public money.

In any case, in the political sphere, the Government has no interest in recourse and therefore prefers the route of agreement with the Generalitat if it is possible to find a point where the decree can be “adjusted to the law”, the words it used on Wednesday Pedro Sánchez in Estonia, during an official trip to the Baltic republics. The president left open the possibility of recourse because already at that moment the legal doubts it generated came to him from La Moncloa.

However, the relationship between the Government and ERC at the moment is very good. There is a substantive agreement to consolidate the legislature that involves negotiating the 2022 Budgets. Therefore, despite the difficulty generated by the decree, it is most likely that an agreement will be sought.

In addition, the Executive, although it cannot directly address the shock in public, also privately criticizes the Court of Accounts. Sánchez himself has publicly reproached the fact that a former PP minister like Margarita Mariscal de Gante is the instructor of a process against the pro-independence activists.

The Executive therefore moves between its political line, which leads to the agreement with ERC, and its legal obligation to appeal everything that the Government’s lawyers consider illegal. On that fine line, the final decision will be made in a few weeks. The entire complex process of political dialogue with the sovereignists is now pending on how the crossroads is resolved.