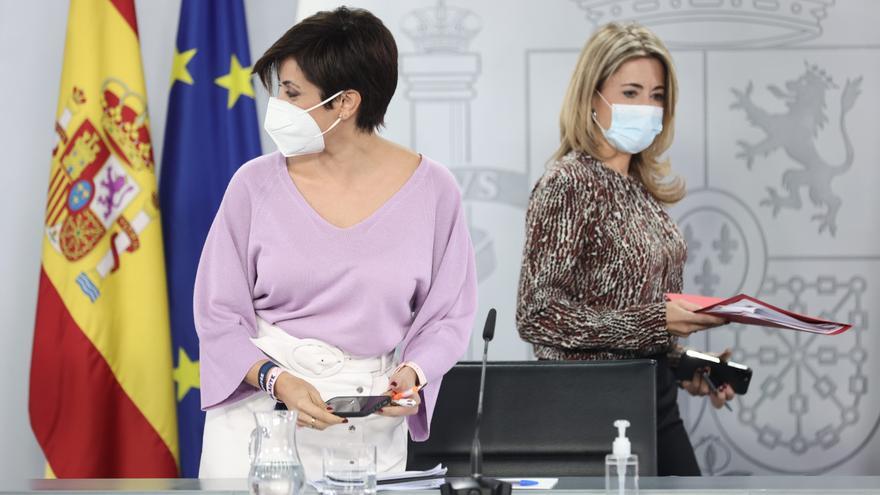 The government plans delay until after the general election, planned in 2023, the application of the new tolls on highways. This Tuesday, the Ministry of Transport, Mobility and Urban Agenda confirmed that it is preparing a new rate for the use of highways to ensure their maintenance. The measure has the frontal opposition of its coalition partner, United We Can, but from the Executive there is no nervousness whatsoever, since they will not need your support: they anticipate that it will be the next government out of the polls that will be forced to put the new tax is underway.

This same Tuesday, the Secretary General of Infrastructure of the Ministry of Transport, Sergio Vázquez, announced that the Executive is going to implement a new “pricing system“for high capacity roads. A measure for which he avoided at all times referring to the term” toll “. In statements after participating in the forum ‘Conversa’, he warned that” it does not make sense that there is this void and that maintenance and the infrastructure conservation continue to pay with the taxes of all Spaniards, who have more urgent needs such as social policies. ”

At the press conference after the Council of Ministers, the head of Transport, Raquel Sánchez, also defended this proposal to ensure the maintenance of the road network. Government sources assure that the initial proposal expected to be ready in three monthsAlthough it would be a starting point that would then have to undergo dialogue and negotiation with different actors, from social agents to transport companies.

“We will look for the political consensus to find a system that is up to par “, defended this Tuesday the minister, who advocated a formula that” that do not generate territorial grievances and be a fair and sustainable system “, and which is also will negotiate with the autonomous communities for your design. They also seek to give “tranquility” to the transport sector, which will be the most exposed to this system: “We are aware of your concern,” said the Minister of Transportation.

Also Read  Now that I've finally played The Last of Us, who wants to talk about that ending? | Games

Sánchez justified this new pricing system in the freeway liberalization, after the Government promised not to extend or re-tender those concessions that end, as has been the case of the AP-1, the AP-7 and the AP-4 and as will also happen on August 31 with the AP-2 (Zaragoza-Mediterranean). Thus, this new ‘toll’ will be de facto a collection plan to ensure the conservation of the roads, which will no longer depend on the bidding companies.

This is part of one of the measures to which the Government of Pedro Sánchez undertook in its reform package of the Recovery, Transformation and Resilience Plan sent to Brussels to obtain the funds Next Generation. In this plan, the Government undertook to implement the various proposals “at the beginning of 2024”, without setting a specific date.

That is why the Government sees scope to delay the implementation of the controversial tolls; Although the Ministry of Transport believes that the initial idea will be ready by the end of the year, in “two or three months”, they are in no hurry to accelerate the process. “After that dialogue we do not want to delay the application of this system, but we have that margin to be able to apply it,” defended Raquel Sánchez in Moncloa, referring to the 2024 deadline agreed with the European Union.

However, the first negotiations, the search for political agreements and, once the proposal is settled, the consequent parliamentary procedures, will lead to parking the new road charges until after the general elections. “The next one that comes to the Government will have to start it up,” they already advance from the Executive.

Implementing a new tax for roads would be a burden to face an electoral campaign; That is why it is not on the table to start its application until 2024, once the elections scheduled for the end of 2023 have passed. However, they also assume that this new measure will be used by the opposition as a throwing weapon in the face of the electoral process. They also ensure that the previous Government of Mariano Rajoy, of the PP, also contemplated applying new rates to preserve the road network, and that they planned to apply them from this year 2021.

In Transport they are already studying various options to present an initial proposal. They assure that one of the options contemplated would be to apply a rate based on the level of income; Nevertheless, discard this proposal for the moment, appealing to the fact that the European Union framework does not allow this type of distinction in these rates.

Another of the possibilities raised is the bullet ‘zoning’: pay specific fees to be able to circulate in land transport through certain territories, granting circulation cards for these specific areas. The possibility of establishing rates is also contemplated depending on the available rail network, the most sustainable and least polluting means of transport. In this way, driving the routes that are already covered by train would be more expensive than doing it in places that are not well connected by this route.

These measures, Government sources qualify, are not focused on penalizing the ‘on-foot’ driver, but are directed to a greater extent at carriers of foreign companies; These types of trucks, due to their high weight, are the ones that cause the most wear on the roads, and that is why they will be the ones who will have to take care of their maintenance the most.

Also Read  Covid: WHO's concern about the increase in cases and deaths in Europe

Furthermore, they believe that this proposal It will not surprise the carriers that make international routes, since this pricing system is already present in 23 of the 27 countries of the European Union. Single Cyprus, Finland, Malta and Estonia they are free of any tolls.

United We can uncheck

The minority partner of the coalition was quick to react to the government’s proposal to show its outright rejection of these new rates for the use of roads. The parliamentary spokesman for United We Can, Pablo Echenique, described the measure as a “probe balloon on the possibility of paying tolls on the highways.”

“Let it be clear,” he continued. “We will not support any measure that makes working people pay. Either they are kept free, or low and medium incomes, carriers and other professionals are exempted from paying.”

The position of Podemos, which is aimed at establishing a political position, does not however affect the plans of the socialist wing of the Government, which rules out opening that melon before facing the polls.

They launch a probe balloon on the possibility of paying tolls on the highways. Let’s be clear: we will not support any measure that makes working people pay. Either they are kept free, or low and medium income, carriers and other professionals are exempted from paying.