The letter where Oriol Junqueras legitimizes the pardons and questions the unilateral way to obtain independence has altered the strategy of the major parties in a crucial week in which the PP meets with Vox and Ciudadanos in another march in the Plaza de Colón. Pablo Casado’s party suggests that the government would be permissive with a self-determination referendum, the solution that the sovereignists propose for the crisis. A scenario that the Executive rejects without nuances, as it has always done. “Our position has always been very clear, all Spaniards know what are the limits on which the Government moves and the one they mention [el referéndum] It is one of them. We have expressed it with absolute clarity and it is known to all the interlocutors ”, sentenced this Tuesday the spokesman minister and head of the Treasury, María Jesús Montero.

The pardons divide the Catalan independence parties in Congress

The PP intensified criticism against the pardons but went further, accusing Pedro Sánchez of “assuming”, according to his spokesman in Congress, Cuca Gamarra, the amnesty of the pro-independence leaders and an agreed referendum. And this even though the Executive categorically denies both issues. Gamarra reported that, although he does not think that of the PSOE, he does believe that “Sánchez is capable of anything and is showing it.” “If he is able to go ahead with some pardons with which he seeks solely and exclusively his stay in La Moncloa, we have many reasons to believe that he is capable of anything,” he said.

The government sources consulted believe that the PP’s insinuations about its acceptance of a referendum respond to the turn taken by ERC, which according to La Moncloa smoothes its commitment to the grace measure despite the social rejection that they arouse, and the growing discomfort in Genoa as Sunday’s call is approaching in which it will coincide with the far right.

The calls for dialogue and the reunion of the Executive, where they do not hide the relief that the Junqueras letter produced, will not lead, half a dozen ministers asked, insist, in a referendum. The preferential option of the independence movement after the secessionist challenge of 2017 does not therefore have any option to occur, they settle in the Executive. Over one way to the scotch, José Luis Ábalos already stressed on Monday that the Government “is not for this referendum, but for the territorial integrity of Spain.” “The framework they defend [los independentistas] It must be within the law. We do not ask that they renounce what they think, but that they defend it by way of legality ”, he summoned them.

Sánchez’s opposition to a referendum

Since he arrived in La Moncloa, in June 2018, Pedro Sánchez has always made clear his opposition to the fact that Catalonia’s fit, inside or outside of Spain, was decided by the Catalans in a referendum. To begin with, because it would be an unconstitutional consultation. And La Moncloa does not contemplate in any case a reform of the Magna Carta to allow a legal consultation.

The alternative of a legal consultation against the one that took place on October 1 was already raised by Quim Torra to Pedro Sánchez at the meeting they held at the end of 2018 at the Pedralbes Palace, in Barcelona. He then president delivered a document with 21 points that included the right to self-determination. The Government made clear its refusal to any approach outside the Constitution. In the meeting that both held in La Moncloa in July of that year, a month after the motion of censure against Mariano Rajoy was successful, Sánchez already stressed to Torra that the referendum was not an option.

In this context, the attacks by the PP for pardons intensified. Senator Fernando Martínez Maíllo accused the Minister of Justice, Juan Carlos Campo, of committing “a profound betrayal of Spain” with the pardons. “It is institutional corruption,” he added. The government’s plans collide with unfavorable reports from the Prosecutor’s Office and the Supreme Court. The State Bar has not ruled on whether or not to grant a measure of grace. 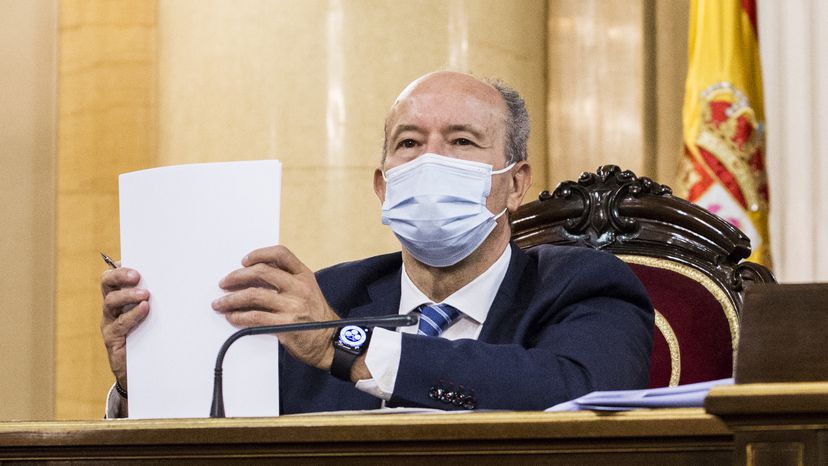 No leader of the PP has publicly doubted the firm opposition to the pardons, which was also joined by the former president of the Government José María Aznar in almost existential terms. Aznar defends that this measure “would be an invitation to suicide” for a State that according to his criteria is “dismembering,” he said in a forum of the newspaper Expansion. What does raise doubts is the demonstration of Colón, which will not be attended by the three moderate regional presidents of the PP: Alberto Núñez Feijóo (Galicia), Juan Manuel Moreno Bonilla (Andalusia) and Alfonso Fernández Mañueco (Castilla y León), who will they have shielded in matters of agenda or personal. But the division is alone before a concentration that bothers the PP due to the presence of Vox, and not because of the rejection of the measure of grace, which the whole party shares. Although not with the same emphasis. The Catalan PP released the photo of a discreet petition table in the street to collect signatures against the pardons, after EL PAÍS and other media reported that the party in Catalonia had taken profile and did not plan to take the tables to the Catalan streets. “In Catalonia there are almost seven million Spaniards whom you love and despise nothing,” reproached the first vice president, Carmen Calvo, to the popular in the Senate.

In turn, aware of the tension that the pardons have caused, the Executive was also sympathetic to the citizen’s rejection. Montero dedicated several interventions in his subsequent appearance before the Council of Ministers to justify the measure of grace by doing a lot of pedagogy and without neglecting the discomfort that its foreseeable concession causes even in the progressive electorate. “The Government is not alien to those sentiments. It has been a situation that has caused an uneasiness, a tear, and we all have to put the necessary means because it makes no sense to leave an open wound ”.

The Government found two new allies on Tuesday to grant the grace measure. UGT and CC OO supported the pardons to open a “new political time”. The unions consider, in the joint statement they released, that the continuity of the independence leaders in prison is an “impediment” to “the stage for dialogue.”

The Government insists that the grace measures, which will arrive before the summer break, will be limited and reversible and that the disqualification of those convicted from holding public office would be maintained. In practice, they argue in the Executive, the release of the beneficiaries from prison will be accelerated for a few months: after having spent almost four years in prison in some cases, they would already be close to accessing the third degree. “Dialogue must be tried, there is no other alternative,” Montero insisted.