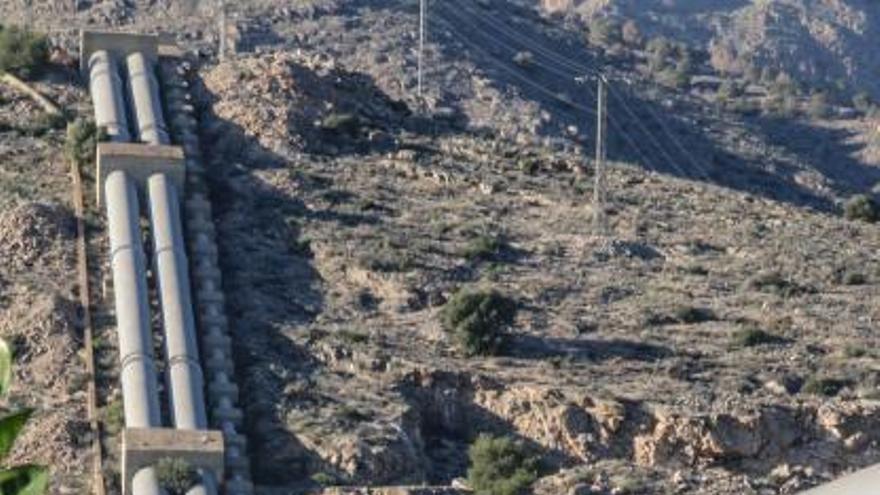 Repairs in the Bujeda reservoir that have had the Tajo-Segura transfer cut off from September until just a few days ago, is the reason alleged by Riegos de Levante, Izquierda del Segura, to request the Ministry for the Ecological Transition and the Demographic Challenge, as well as the Segura Hydrographic Confederation, the partial exemption of the rate that is settled as payment for the operation of said infrastructure. The transfer fee is made up of three sections, two of which are fixed and only one is variable depending on the water consumed.

The community alleges that, given that the two fixed sections correspond to the payment for the amortization of the work and for the fixed costs of the same, in the six months that the infrastructure has not worked, there has been no depreciation of it. , extending its useful life, while having to avoid or minimize fixed costs for its closure. Based on this, and based on the “non-availability” of the resources, the exemption of said sections from a rate is requested that, in their opinion, should not be settled if it is not possible to provide the supply service.

Remember that of these fixed sections, until 2017 only farmers were paid based on the volumes of water received, but since June 2017 they began to be settled in a fixed way, regardless of the water supplied.

Javier Berenguer, President of Riesgos de Levante, stresses that “this was a blow to the accounts of farmers in the Levante who saw how they had to pay a significant part of the price of water despite not receiving it.” For the General Community of Irrigators Riegos de Levante, Izquierda del Segura, it means disbursing two and a half million euros annually, corresponding to what has been called by farmers as the “Tasty”.

This request coincides with the meeting of the Governing Board of the Central Union of Irrigators of the Tajo-Segura Aqueduct, which was held the day before yesterday in Murcia, coinciding with the 42nd anniversary of the Tajo Segura transfer. The farmers agreed to mobilize the territorial water tables, as well as the irrigation collectives, and all civil society to show their rejection of the changes in the exploitation rules that regulate the delivery of water to farmers and households in Alicante and Murcia, as well as the expected increases in ecological flows.

The Ministry must send another 38 hm3 this April, the maximum monthly transfer for the fourth consecutive month

Both measures represent a minimum estimated cut of 80 hm3 per year, which amounts to half of what has been received in recent years. In the same way, the risk of not receiving water from the transfer is increased exponentially in years in which the rainfall conditions are not particularly favorable at the head of the Tagus «leading farmers and municipalities to consume desalinated water, but not counting in the present with the interconnection infrastructures that are necessary for this, ”denounces Riegos de Levante.

On the other hand, the Federation of Irrigators of the Valencian Community supports the irrigators of the transfer and rejects the modification of the exploitation rules that affects the interests of irrigation and supply. Fecoreva supports the decision of the Courts to urge the Government to paralyze the modification of the transfer until the Tagus Hydrological Plan is approved, as well as to agree with users and the Generalitat on any possible change in the Tajo-Segura.