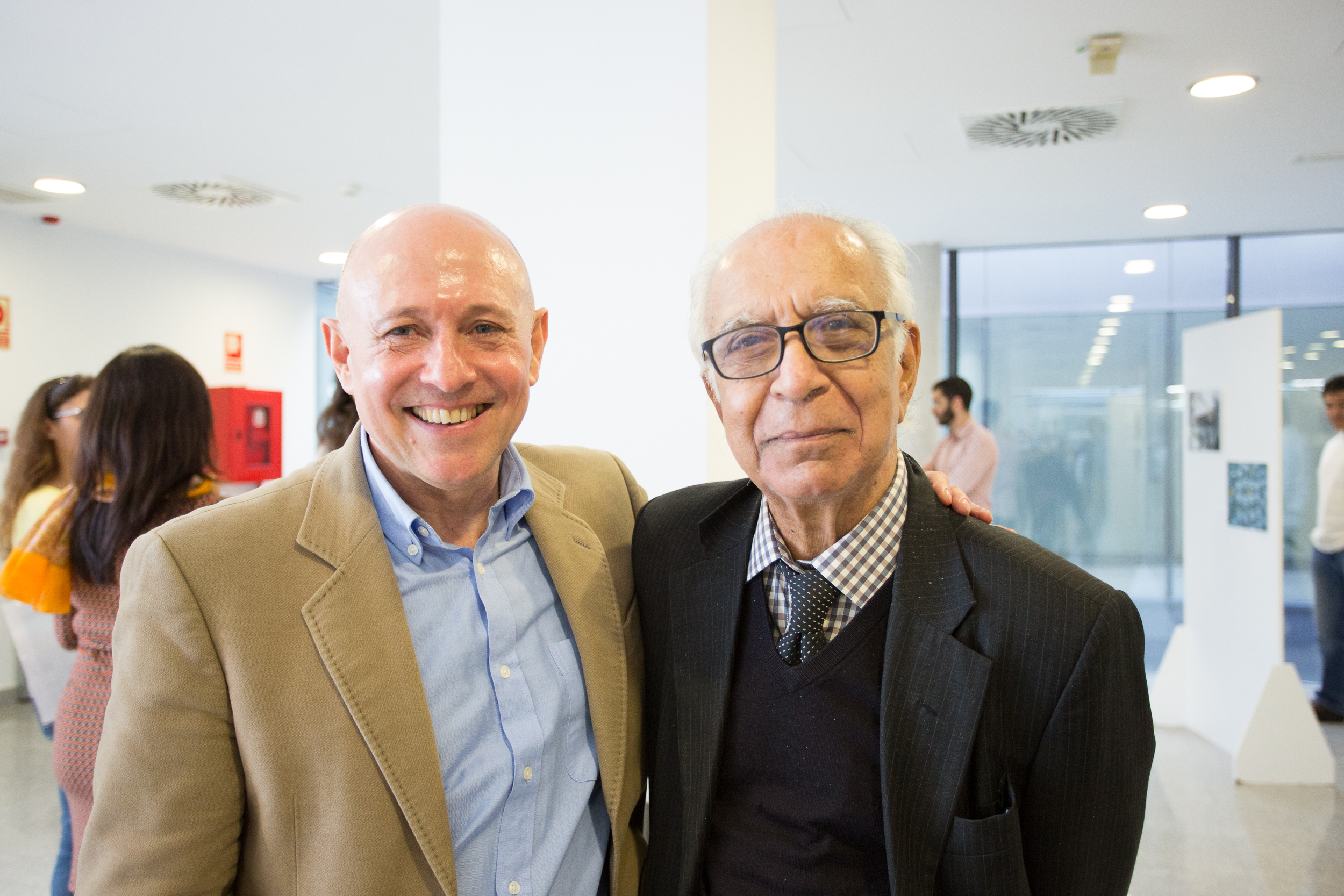 On Saturday, May 15, the eminent Indian mathematician passed away at his home in Bangalore. Mudumbai Seshachalu Narasimhan. His work in the field of geometry is internationally recognized and has deep connections with different branches of mathematics and theoretical physics. Also, Narasimhan made an important effort to promote the development of mathematics in disadvantaged parts of the world.

Narasimhan spent much of his career at the Tata Institute of Fundamental Reseach (TIFR) in Mumbai, where he was a key figure in the creation and development of the internationally acclaimed modern Indian school of mathematics. After retiring from TIFR from 1992 to 1999, Narasimhan was head of the mathematics section of the International Center for Theoretical Physics (ICTP) in Trieste, an institution created in 1964 by Pakistani Nobel laureate Abdus Salam of Physics in 1979. In this position, Narasimhan carried out in particular important work in support of young mathematicians from developing countries. In 2020, the family of the ICTP founder awarded him the Spirit of Abdus Salam Award in a handover ceremony where numerous mathematicians from around the world showed him their great admiration, respect and affection.

Narasimhan was born on June 7, 1932 in Thandarai, a small town in southern India, in a family of prosperous farmers. From a young age he showed a great interest in mathematics and already in school he decided to become a researcher, even without knowing very well what that meant. He completed his first university studies at Loyola College in Madras, in the heart of British India. There he had as a teacher the French Jesuit Father Charles Racine, who was in contact with legendary figures of mathematics such as Elie Cartan, Jacques Hadamard, André Weil and Henri Cartan. Racine introduced him to modern mathematics, unknown in India, and, in particular, to the great French school. At Loyola College Narasimhan he met CS Seshadri – who also passed away in 2020 – who later became one of his main collaborators.

A last work –in collaboration with the author of this article and Guillermo Gallego, a doctoral student at ICMAT–, saw the light just a few days before his sad disappearance

Following his studies at Loyola College and on the advice of Father Racine, Narasimhan moved to the newly created TIFR in Bombay to do his doctorate under the direction of K. S Chandrasekaran, one of the founders of the center’s School of Mathematics. There he was able to interact with first-rate mathematicians who came as visitors to teach courses of two or three months. Among them was Laurent Schwartz – Fields medalist in 1950 – who would have a great influence on Narasimhan and would be his mentor during his long stay in Paris in the late 1950s, where he would also coincide with Seshadri.

Upon his return to TIFR as a teacher in 1960, Narasimhan embarked on the intense collaboration with Seshadri that resulted in the famous Teorema de Narasimhan-Seshadri, published in 1965. This theorem captures the interconnection between various branches of geometry, topology, and theoretical physics, and was the basis for later fundamental work by some of the greatest mathematicians of our time such as Michael Atiyah, Raoul Bott, Simon Donaldson, Karen Uhlenbeck, Shing-Tung Yau, and Nigel Hitchin, among others.

Somewhat later, he began his long and fruitful collaboration with Sundararaman Ramanan, who had been his first doctoral student. Together, they developed over more than two decades the so-called theory of moduli spaces of vector bundles on Riemann surfaces. Along with Ramanan, the list of Narasimhan students includes such illustrious names as MS Raghunatan, VK Patodi, R. Parthasarathy or TR Ramadas, who have made essential contributions to various areas of mathematics.

Another of his collaborations, with the German mathematician Günter Harder, gave rise to the concept of Harder-Narasimhan filtration It plays a central role in numerous branches of mathematics. Narasimhan also collaborated with the geometricians of the Madrid Institute of Mathematical Sciences (ICMAT), starting in the 1990s. In 2012, this group organized an international congress for its 80th birthday; in 2017 he was a special guest at the congress in honor of S. Ramanan, also for his 80th birthday. It is also interesting to mention that a last job –In collaboration with the author of this article and Guillermo Gallego, a doctoral student at ICMAT–, saw the light just a few days before his sad disappearance.

Also Read  Sánchez, to Casado: "Even Abascal gives him lessons on a sense of State" | Spain

Narasimhan was married to Sakuntala Narasimhan, renowned Indian classical music singer and journalist. They both had a daughter, Shobhana Narasimhan, a physics researcher and professor at the Jawaharlal Nehru Center for Advanced Scientific Research, and a son.