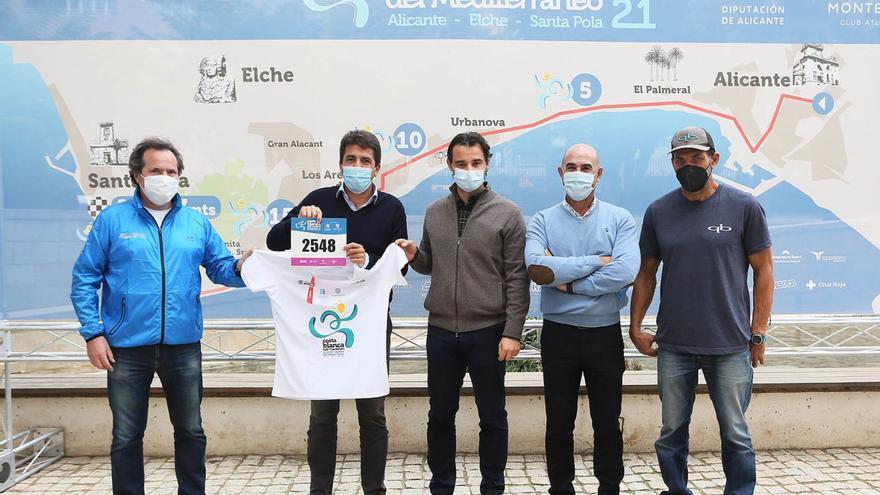 The race, which could not be held last year due to the pandemic and which has become an approved half marathon, adjusting its route to 21 kilometers and 97 meters, will have significant foreign participation, with athletes from more than 20 countries , including the United States, Argentina, Ecuador, New Zealand, Ethiopia, Kenya, Russia, Morocco, Italy, the United Kingdom, France or Portugal, and Spanish cities such as Madrid, Toledo, Valencia, Albacete or Murcia. The Great Mediterranean Race, organized by the Montemar Athletic Club and the Alicante Provincial Council, will start from the door of the Provincial Palace in Alicante and will run parallel to the coast through such emblematic enclaves as El Palmeral Park, the beaches of Urbanova, Arenales del Sol y el Carabassí or the Santa Pola Lighthouse, until reaching the finish line at Varadero de Santa Pola beach. Runners will be able to enjoy the Mediterranean Sea as a backdrop.

Throughout the entire route there will be various entertainment points and refreshment points with water, energy gels and isotonic drinks will be set up every five kilometers. In addition, athletes will be offered a bus transfer -with different routes between Alicante, Elche and Santa Pola- and a cloakroom service that will allow them to leave their belongings at the point of departure and collect them upon arrival. Many new features compared to the edition of two years ago.

This popular athletics festival also has a Runner’s Fair, which is located in the gardens of the Provincial Palace, where various complementary activities will be carried out. Everything prepared for the test that will be held tomorrow with an important participation.

The Corridor Fair is inaugurated

The president of the Alicante Provincial Council, Carlos Mazón, yesterday inaugurated the Corridor Fair that has been installed in the gardens of the Provincial Palace on the occasion of the celebration, this Sunday, of the «III Great Mediterranean Race – Costa Blanca Half Marathon 2021 “And the” III Great Race of the Mediterranean Sup Race “. During the tour, the president took the opportunity to collect the number and the shirt with which he will participate in the test on foot. “From the provincial institution we are making a great effort to promote sporting events of claim, prestige, quality, that allow us to attract visitors and spread the image of our territory throughout the world,” said the president, who highlighted the beauty of this test, “unique for its layout close to the Mediterranean Sea and for the complement provided by paddle surfers rowing”. The president also highlighted the boost that this event represents for the economy of the province and has encouraged citizens to go out “to enjoy this great party.”